The College continued to grow and expand its academic offerings and facilities with the Great Depression and World War II finally over. During this time the College was working towards becoming a fully autonomous university.

When the University of New Zealand was dissolved in 1961, most of its constituent colleges became autonomous universities. Massey Agricultural College was renamed Massey College and elected to associate itself with Victoria University of Wellington, until Massey could attain full autonomy.

Massey establishes a range of other faculties

In 1962, the College Council approved the establishment of faculties of technology and veterinary science, alongside the existing Faculty of Agricultural and Horticultural Science.

Massey was and is still the only university in New Zealand to provide training in veterinary science. In 1963, a Faculty of Science was also established. 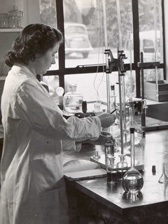