The Resource Management Act has been blamed for many ills, writes Dr Jeff McNeill, but many of the faults may lie elsewhere. 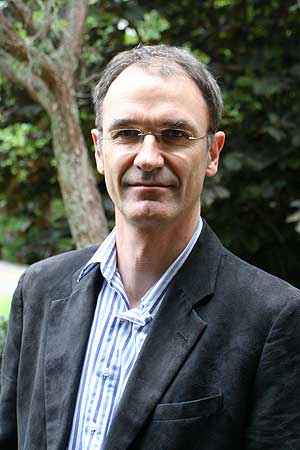 Dr Jeffrey McNeill has formerly worked in, and has
consulted for and contracted to central and regional
government in New Zealand. As part of his doctoral studies,
Jeff spent three months working in the European Parliament
in Brussels. He joined Massey University’s Resource and
Environmental Planning Programme in October 2008.


Extracts showing how highly specific Sweden is in
setting and achieving water-related environmental
objectives when compared to New Zealand.

Objective 5 - Addressing freshwater degradation
To ensure the progressive enhancement of the overall
quality of Freshwater Resources can reach or exceed a
swimmable standard.

From Proposed National Policy Statement for Freshwater
Management. Wellington: Ministry for the Environment
(2008).

EQO 7. Zero Eutrophication:
Nutrient levels in soil and water must not have adverse
effects on human health, the prerequisites for biological
diversity or versatile land and water use.

Sub-objective (To be achieved in one generation
(by 2020-25)
Deposition of airborne nitrogen compounds does not exceed
the critical load for eutrophication of soil and water anywhere
in Sweden.

Interim target
By 2010 waterborne anthropogenic emissions in Sweden of
phosphorus compounds into lakes, streams and coastal
waters will have diminished continuously from 1995 levels.

When the RMA was passed in 1991 it was called world-leading. For the first time, New Zealand had integrated management of its natural and physical resources. But that moment of self congratulation was soon over. The RMA has been amended almost ceaselessly ever since, and today, with it being portrayed as an impediment to economic development and jobs even as the nation faces the chill winds of global recession, further legislative changes are underway. What went wrong with the RMA? Or, indeed, are the things that have gone wrong the fault of the RMA, or could it be a scapegoat for other failings?
The RMA needs to be seen in the context of the swathe of local government reform that led up to it. Completed in 1989, this reduced local government from over 700 authorities to 86. As part of the reform, 12 regional councils were established, taking over a multitude of natural resource management tasks, including those of the former catchment boards, rabbit boards, noxious pest boards and drainage boards.
The reforms were largely welcomed by the environmental movement. New Zealand had experienced a long period of heavy natural resource exploitation, much of it state-sponsored. Native forests had been milled; scrubland and wetlands converted to pasture; river systems drowned by hydro dams. The economic benefits were great, but increasingly, the costs were recognised as unacceptable. The RMA was intended, in part, to reveal these costs, and to lead to the sustainable management of our natural resources. And it was far-sighted in integrating decision making so that impacts across all environmental media, water, land, air, and coast, were collectively considered.
The RMA also needs to be seen in the light of the then prevailing mistrust of big government: the new regional councils were seen as a means of getting resource use decisions closer to the communities affected by their consequences.
The RMA established a hierarchical management framework enabling central government to set national guidance and leadership through National Policy Statements (NPS) that regional and territorial councils would need to implement.
With the exception of the Department of Conservation with its legislated conservation mandate, government saw itself as a neutral player, largely concerned with the processes within which the various resource users (including environmental interests) could determine appropriate sustainable use of resources.
How effective have these institutional arrangements been in achieving sustainable environmental management? This was the question I set out to answer when I began my doctoral research into how New Zealand’s regional councils manage the environment (1).
I found it a difficult question to answer, for we have no comprehensive national level data or reporting set to show how effective New Zealand’s environmental management performance is (a deficiency picked up on by the OECD (2).
Nevertheless, a survey I conducted of practitioners and stakeholders suggests that overall environmental quality has deteriorated over the last two decades, and this view is supported by individual regional council data. My data also show that the regional councils have a patchy record; some appear to have done much better than others in achieving a better environment for their communities, with, for example, particular councils, reducing pollutants more than others. The research raised issues about council capacity and whether many of the environmental issues they are responsible for – and the public mandates for addressing them – are in fact regional, or at least cross-regional, in scope.
But the councils are only one part of the equation. Successive central governments have conspicuously avoided providing the national leadership we need. Bar a handful of exceptions3, we are still waiting for meaningful National Policy Statements. Eighteen years after the RMA was passed we have a (mandatory) Coastal National Coastal Policy Statement. But the proposed biodiversity NPS disappeared without trace, the Energy NPS never started, and the current proposed NPS for Freshwater Management is breathtaking in its generality.
This extremely light-handed approach to providing national guidance is at odds with other countries. Take the Netherlands , which have just adopted their fourth National Environment Plan, taking the Dutch out to 2030.
Or take Sweden. Back in 1999 Sweden adopted an overarching strategy, the goal being that the next generation of Swedes will not face today’s major environmental problems. The strategy is supported by 16 Environmental Quality Objectives, identified and agreed to through a cross-party and stakeholder process that effectively depoliticises the environmental policy arena. These set clear targets to be achieved within a generation, with interim targets to be met by 2010, and all levels of government are committed to work to achieve them. (See Box).
In fairness, Sweden is not Utopia; a recent review found that while progress had been made, there was still much to do, and time was running out. But at least Sweden knows what it is aiming for, the level of progress that has been made and the distance still to go.
Change is afoot in New Zealand. The RMA Technical Advisory Group advising the Minister for the Environment has identified a two phase process in its recent report (4). The first phase seeks to improve efficiency, so that decisions can be made more quickly and cheaply. These changes are addressed in the amendment legislation already introduced into Parliament.
The second phase is likely to embrace substantive change, both structural and institutional. One of the changes that is foreshadowed is the creation of an Environmental Protection Agency (EPA) equivalent – an independent national level government agency that could provide central government with technical advice at a national level on environmental quality and inform national (and regional) policy-making.
Some of the references within the legislation are clearly place-holders for ideas that are being worked through. One of these is that at some time in the future regional councils could be disbanded or the scope of their responsibilities reduced as their environmental policy functions are assumed by the EPA.

But let’s step back a little. The RMA is couched very much in the prevailing localised pollution paradigm of the late 1980s. The public could see and were concerned about belching smokestacks, foaming waste outfalls from sewage plants and factories and the like, and so the legislation refers to water discolouration and surface scum. The focus in 1989 was on the end-of-the-pipe, local issues.
Twenty years later the environmental policy context has changed. The data are not comprehensive, but regional councils, abetted by the economic rationalisation that closed many polluting factories, have played a key role in substantially reducing pollution coming from the end of pipes or chimney-stacks. Many of our ‘new’ pollutants, such as nitrates, are unobservable to the lay public – even if the algal blooms that sometimes result are not. The patchy evidence we do have shows that the cumulative impacts on non-point discharges originating from intensified farming are degrading our freshwater lakes, rivers and streams, and, increasingly, groundwater. These discharges are not easy to address.
The scale of environmental issues has also changed. In 1989, when the regional councils were set up in anticipation of the RMA, global climate change was largely an academic exercise. Global climate change has moved from the political fringe to being a mainstream issue: the last election was partly fought over how New Zealand is to meet its international carbon-dioxide reduction obligations.
The expertise housed within an EPA could well be invaluable in addressing broad and intractable issues such as these, providing expertise and advice and pull-no-punches assessments of the state of our environment.
Will the governments of the day have the courage to act on the advice they are given?
We will have to wait and see.

If one option open to the Government is to subsume many of the environmental functions of the regional councils, another is to actually extend their powers. In this scenario the regional councils, which, as they stand, are principally focused on environmental well-being of their regions would be asked to assume a responsibility for social and economic well-being and regional sustainability.
If you believe in placing the accountability of agencies close to the communities they serve, then there may be a strong argument for this. Of all of the many regional agencies – District Health Boards, DoC conservancies to name a few – the regional councils are the only truly fully elected regional authority.
If this is what we aspire to, then many of the central government functions currently delivered regionally will need to be reallocated to regional government and the case for a centrally driven Environmental Protection Agency becomes harder to make.
The current review of Auckland governance and the mooted ‘super-city’ model would fit with such an approach.

Apocalypse tomorrow: sustainability and industrial design
The other biofuel
A chat with the Chancellor
As long as you've got your health
A passion for dolphins
Bottle Drive
Pedal pushers
Waste not
Due Credit
Research questions need for regional councils