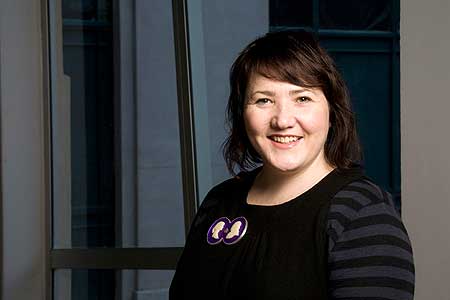 A highly respected art curator has been appointed head of the University’s School of Fine Arts.

Associate Professor Heather Galbraith, recently senior curator at the Museum of New Zealand ­– Te Papa Tongarewa, will take up the top post at the school in Wellington in late February.
In making the announcement, College of Creative Arts Pro Vice-Chancellor Professor Sally Morgan described the addition of Ms Galbraith to the college as “an exceptional start to the New Year". Professor Morgan says “an appointment of this calibre affirms the School of Fine Art’s importance as a core provider of tertiary arts education in New Zealand.”

An experienced visual arts manager and art writer, Ms Galbraith was senior curator at the City Gallery in Wellington. She has served on multiple advisory boards and maintains an ongoing international curatorial research portfolio. In 2009 she was co-curator of New Zealand’s Venice Biennale project and was deputy commissioner for New Zealand in Venice that same year.

She has a Bachelor of Fine Arts from Elam School of Fine Arts at Auckland University and a master’s degree from the University of London's internationally recognised Goldsmiths College.