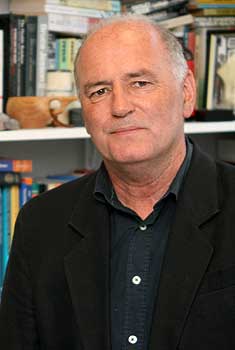 A lifetime achievement award for services to occupational health was presented to Professor Neil Pearce of Wellington last night.

The noted epidemiologist who heads the University's Centre for Public Health Research received the award at the New Zealand Workplace Health and Safety Awards in Auckland. The awards are organised annually by Thomson Reuters, publishers of Safeguard magazine.

Professor Pearce is regarded as a world leader in his field. His research has involved conducting international investigations into asthma and allergies in children. He leads one of the largest health studies in the world into asthma, involving more than a million children at more than 280 health centres in 100 countries. He has also led investigations that discovered meat workers, pulp and paper workers and farmers were at greater risk from certain forms of cancer.

Last week the Health Research Council announced that Professor Pearce had won $1.19 million in funding over three years for research assessing whether occupational solvent exposure in spray painters is associated with neurological disorders.