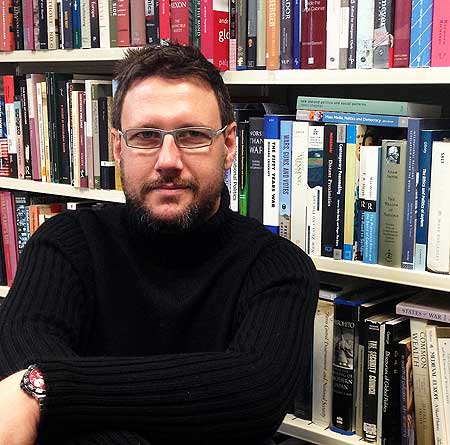 Helen Clark’s campaign to become the next Secretary-General of the United Nations gained further momentum this week when she fronted to a global audience on BBC’s influential HARDtalk.

Ms Clark’s campaign to become the world’s preeminent international civil servant is based on her credentials as a former New Zealand Prime Minister, committed internationalist, and current head of the UN Development Programme, which has a budget of US$4b and a presence in 177 countries.  Crucial too is Ms Clark’s strong advocacy for both gender-based equality and the importance of women to the world’s workforce.

Ms Clark’s campaign will prove enormously important since there is no formal interview process for the UN’s top job.

Candidates for the role are identified and considered by the five permanent members of the UN Security Council—China, France, Russia, United Kingdom, and the United States—before a single name is offered to the General Assembly for their consideration and vote.   Practice to date suggests that the permanent members have agreed none of their nationals will be considered for the role.  The General Assembly also seems to have made a habit of setting appointment terms for five years and of accepting reappointment of incumbents but never for more than two terms.

Ms Clark’s campaign signals not only her continuity with, but also her departure from, these eight UN heads.

As a former elected representative and Prime Minister involved in foreign affairs, Ms Clark can stress her common professional background with Lie, Waldheim, and Boutros-Ghali who were each previously their respective Government’s Foreign Minister. As a senior international public servant, Ms Clark can also claim affinity with Annan, the only Secretary-General to have risen through the UN’s ranks.

As Ms Clark’s performance on HARDtalk illustrates, this former Prime Minister is making good use of her experience as a seasoned political campaigner, her reputation as a staunch defender of a small country’s independence in foreign affairs, and her record of building consensus within an MMP environment.

With previous holders of the post hailing from Norway, Sweden, Burma, Austria, Peru, Egypt, Ghana, and South Korea, Ms Clark could be the first Secretary-General from the South Pacific region.

Ms Clark’s gender could also breach this exclusive male domain. Indeed, the highly gendered dimensions of leading international organisations could be the foundation of Ms Clark’s campaign for the top job and a priority will be enlisting support for the first female UN Secretary-General.

No job description exists for this post. Its roles and responsibilities are at best signalled in a few Articles of the UN Charter.

The Secretary-General is the UN’s chief administrative officer, including for the Security Council and the General Assembly. But perhaps the most important aspect of the position is the ability to bring to the Security Council’s attention any matter, which in his or her opinion, may threaten the maintenance of international peace and security. This means the Secretary-General plays a key role in the high politics of international security.

Tensions between the multilateral internationalism of the Secretary-General and the vital interests of the P5 can reach boiling point. And if a single permanent member of the Security Council becomes irritated with a Secretary-General, then the consequences can be terminal—for that incumbent.

At the start of the Cold War, for instance, the USSR refused to work with Lie, rendering him something of a lame duck until he resigned. When Lie met with his successor, he quipped to Hammerskjöld that the task of the Secretary-General is the most impossible job on earth. In the mid-1990s Boutros-Ghali fared no better when the US vetoed his push for a second term.

When Peter Fraser travelled to San Francisco in 1945 to put New Zealand’s signature on the UN Charter and help bring the organisation into existence, he would not have dreamed that a New Zealander would one day be considered for the Secretary-General position.

If successful, Ms Clark’s campaign to ascend the UN Secretariat’s throne would be of no direct benefit to New Zealand’s foreign policy because the Secretary-General must always be independent from any government. A successful campaign would, however, make Helen Clark the most visible New Zealander in contemporary world affairs, playing a role in addressing questions of international security and peace for up to ten years. This would bring more enduring benefits than a non-permanent seat on the UN Security Council and would magnify New Zealand’s place on anyone’s map.