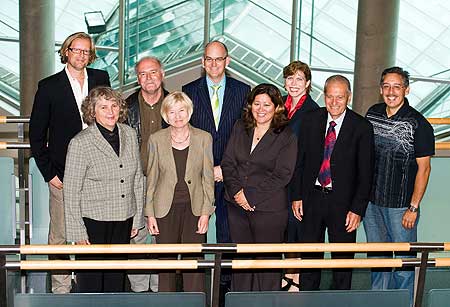 Professor Sir Mason Durie, a driving force behind the school, told guests, including Health Minister Tony Ryall and Director-General of Health Stephen McKernan, that two clear goals lay at the heart of its establishment.

It aimed to continue “world class research evident now for more than a decade, as well as increase the health work force capability in New Zealand". Sir Mason described the launch of the school, held at the Museum of New Zealand Te Papa Tongarewa in Wellington, as a milestone in health teaching research for Massey.

Head of School Associate Professor Cindy Kiro said the focus of public health at the school was on preventing, rather than treating disease. The school encompasses four research centres at the forefront of increasing expertise and understanding of the impacts of alcohol, tobacco, illicit drugs, non-communicable diseases such as asthma, industrial and occupational diseases, Dr Kiro says. It also looks at cancers and health issues that impact most severely on particular populations groups, such as Maori and Pacific people. “We are here to celebrate that effort and to mark the point at which we can grow,” she told guests.

Mr Ryall said Massey’s research contribution is recognised at a policy level, with the Government acknowledging the University’s health expertise on sleep and fatigue impacts to industry and enlisting its help devising a comprehensive plan to address the use of methamphetamine.

“With the new school of public health, Massey University will now be even better placed to ensure that politicians and policy makers know how to make scarce health dollars go further," he said.

The centres all have a research focus but also provide supervision for doctoral students and others seeking postgraduate qualifications. They are: