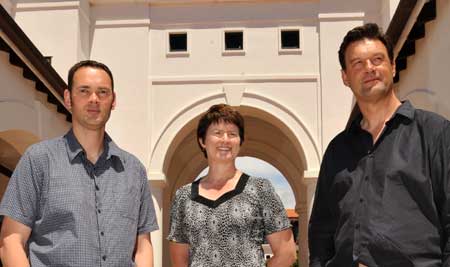 'Sorry Chef, but you're a bully'

Television programmes featuring restaurant staff being abused, sworn at and reduced to tears may be closer to reality than audiences suspected.

Researchers identified the kitchen as a literal hot-spot for overbearing and belittling behaviour, and say it has become "normalised" as an accepted as part of the hospitality culture.

Study leader Professor Tim Bentley, associate head of the University’s School of Management in the College of Business at Albany, says the findings showed stress and bullying are at high levels when compared internationally.

“The magnitude is higher than expected,” Professor Bentley says. “Bullying is happening and it is not being addressed. It has long been accepted that this is the way of working – if you cannot stand the heat get out of the kitchen. But once the pressure, is off they will all go for a drink together and socialise after work.”

And it is not just cooks, waiters and bar staff copping it at work. Employees in three other sectors – health, education and travel – have similar rates of bullying to hospitality workers.

The researchers had already identified those sectors of the workforce as at higher risk of bullying and, funded by the Department of Labour and the Health Research Council, they surveyed 1728 workers, including doctors, nurses, teachers and academics as well as hotel and restaurant staff.

Eighteen per cent reported they had been victims of bullying at work, while 75 per cent had suffered from stress. Professor Bentley says nine times out of 10 the manager is the bully and bad leadership is the cause. “There needs to be a zero-tolerance policy towards bullying and this requires a cultural change," he says. "If we see someone driving unsafely, we would challenge that, but people do not stand up and address bullying behaviour. We need to be confident enough to challenge people if we see this happening and strategies need to be identified to prevent it in the workplace.”

In health and education, ineffective leadership was identified as one of the main factors leading to increased stress and bullying. The study found that employers in all four sectors had limited understanding of the workplace bullying problem and how to address it. Reporting structures were not effective with bullying included as part of wider harassment or violence initiatives.

You can follow work by the University’s Healthy Work Group on Facebook
What the Labour Department says: http://www.dol.govt.nz/News/Media/2010/bullying-report.asp