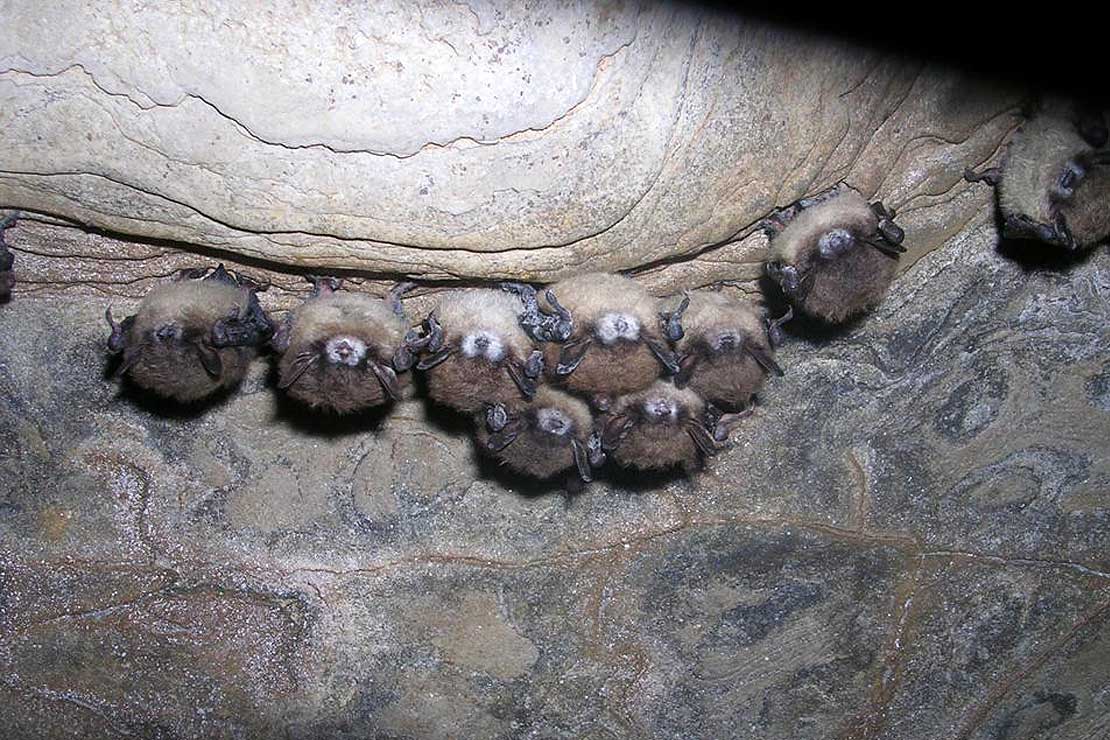 Bats’ body type and the environmental conditions they hibernate in may explain species differences in bat mortality from deadly fungus, according to a study published today in Science Advances.

White-nose syndrome is a fungal disease of hibernating bats causing dramatic bat population declines in North America since 2007, yet certain bats survive infection by the fungus.

Researchers from Massey University, New Zealand, the United States Geological Survey, the University of Florida and Colorado State University in the United States used a mathematical model integrating the effects of bat body size and metabolism with growth of the fungus across a range of winter temperature and humidity conditions to show why some bats survive infection, while others do not.

The model found larger bats that hibernate in cold, dry sites might be the most likely to survive infection by the fungus. This finding fits with previous studies, which found high humidity and temperature in hibernation sites to be associated with bat death.

Infectious disease specialist and senior lecturer in Massey University’s Institute of Veterinary, Animal and Biomedical Sciences, Dr David Hayman, says this may have to do with behavioural adaptations as well as environmental factors.

“Our study shows how interactions between fungal growth and the needs of hibernating bats can cause death during winter in warmer and more humid caves and mines. We speculate that the North American species of bats most affected by white-nose syndrome are confined to using wet hibernation sites where the fungus can thrive on their bodies. European bats may have also adapted physical and behavioural traits to survive hibernation in the presence of the fungus.”

Colorado State University’s Associate Professor Colleen Webb says the findings are of interest because bats play important ecological roles in most of our planet’s ecosystems.

“Because bats serve as the main predators of night-flying insects, such as moths and beetles, Insect-eating bats are estimated to save farmers billions of dollars each year by providing natural pest suppression. The economic and ecological effects of bat populations declining in the wake of white-nose syndrome remain unknown.”

The practical implications of this research could include predicting species and populations most likely to decline due to white-nose syndrome, finding places where bats might survive the disease, and prioritizing protection of sites with the right conditions for survival.

Co-author and United States Geological Survey research biologist Dr Paul Cryan says “keeping a close eye on the survivors and the places they hang out may be our best chance of finding a good way to help.”