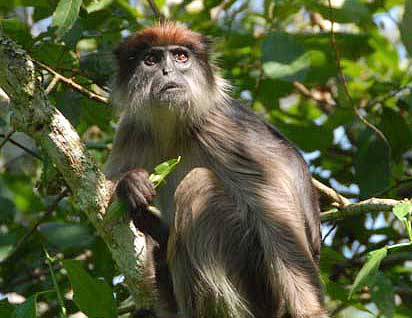 The spider monkey regulates protein in the same way humans do, which may help explain the obesity epidemic. 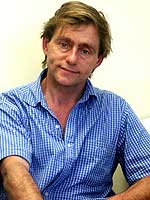 A Massey scientist’s study showing spider monkeys will overeat fat and carbohydrate-rich foods as a way of regulating protein intake has shed light on why humans become obese.

“This is interesting because our experiments show that humans do the same,” says Professor Raubenheimer from the University's Institute of Natural Sciences at Albany. The consequence is the current obesity epidemic.

That spider monkeys and humans share this tight protein regulation pattern may suggest a deep evolutionary origin for human susceptibility to obesity, he says. "It is the right response but in the wrong context  – a mismatch between our biology and our modern environment."

He has dubbed the phenomenon the “protein leverage effect” and has mapped data showing the relative intake of protein, fat and carbohydrates consumed by the monkeys using the Geometric Framework – a mathematical framework he created to model nutrient intake of any species.

Professor Raubenheimer has been involved in a range of similar studies on other primates, as well as human subjects in Australia, the Philippines and Jamaica, to observe how the protein content of their diets influences energy intake.

The findings, published in the latest issue of the journal Behavioural Ecology, reinforce the theory that humans and other primates are physiologically predisposed to maintain a constant level of protein in their diets. But when the range of foods available to them is low in protein (yet high in fats and carbohydrates) they are compelled to eat greater quantities in order to maintain correct protein levels.

“Humans are predisposed towards diluting the protein in the modern diet through increased consumption of highly palatable foods rich in fats and carbohydrates, which leads to over-consumption of energy,” the study’s authors say.

Professor Raubenheimer says people end up consuming roughly the right levels of protein, but to do so end up eating too much fat and carbohydrate. One reason for that is that protein-rich foods are often more expensive.

Professor Raubenheimer has recently returned from Uganda where he studied the diet of several species of Colobus monkeys as well as mountain gorillas as part of a larger comparative study to build up a broad picture of how primates in the wild regulate food intake.

He hopes these studies may contribute to the understanding of human obesity by providing information on how our nutritional environment – in other words the composition, quality and cost of foods available to people in food outlets and supermarkets – determines eating behaviour and health.

Study gets to the guts of snapper diet
Gorillas, unlike humans, gorge protein yet stay slim
Obesity and the evolution of eating habits – lecture
Professorial promotions for five staff