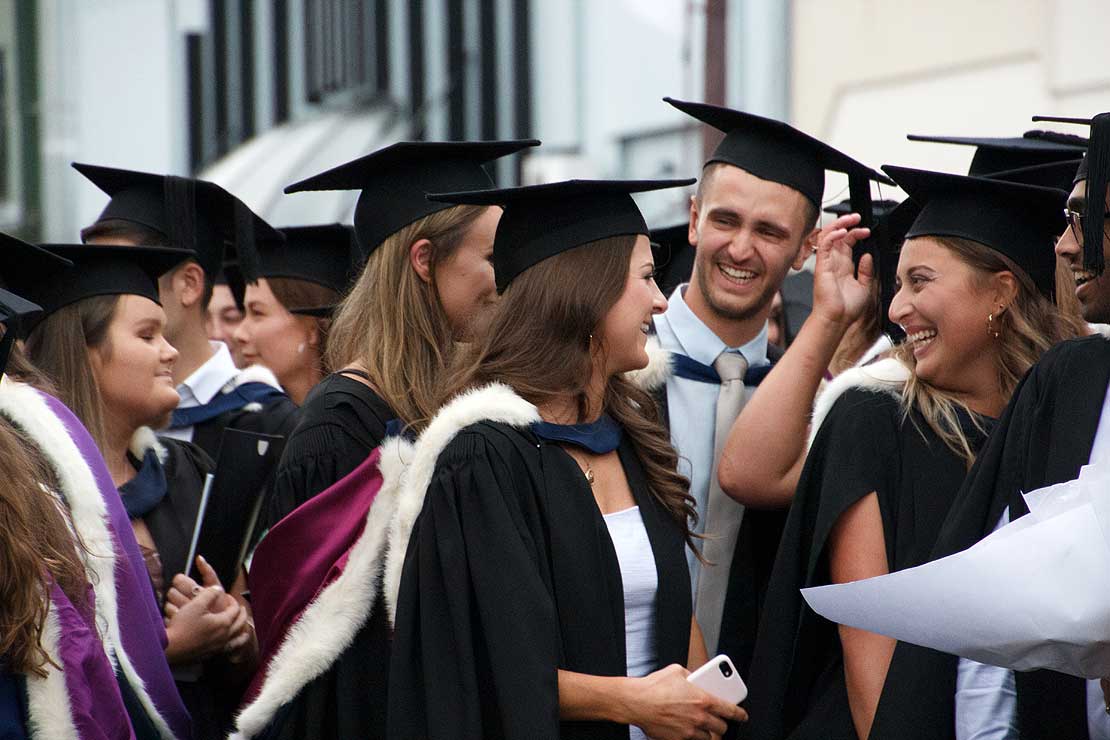 There were a total of 1072 graduates, including 40 receiving doctoral degrees and 119 receiving master’s degree.

Ceremonies were held at The Regent on Broadway in Palmerston North from 3 - 5 May, followed by a procession to Te Marae O Hine, The Square where graduates continued celebrations with their whānau and friends.

Special celebration ceremonies for Māori and Pasifika students are also being held this week.

A total of 1072 graduates, including 40 receiving doctoral degrees and 119 receiving master’s degrees celebrated the end of their academic journey with Massey University. 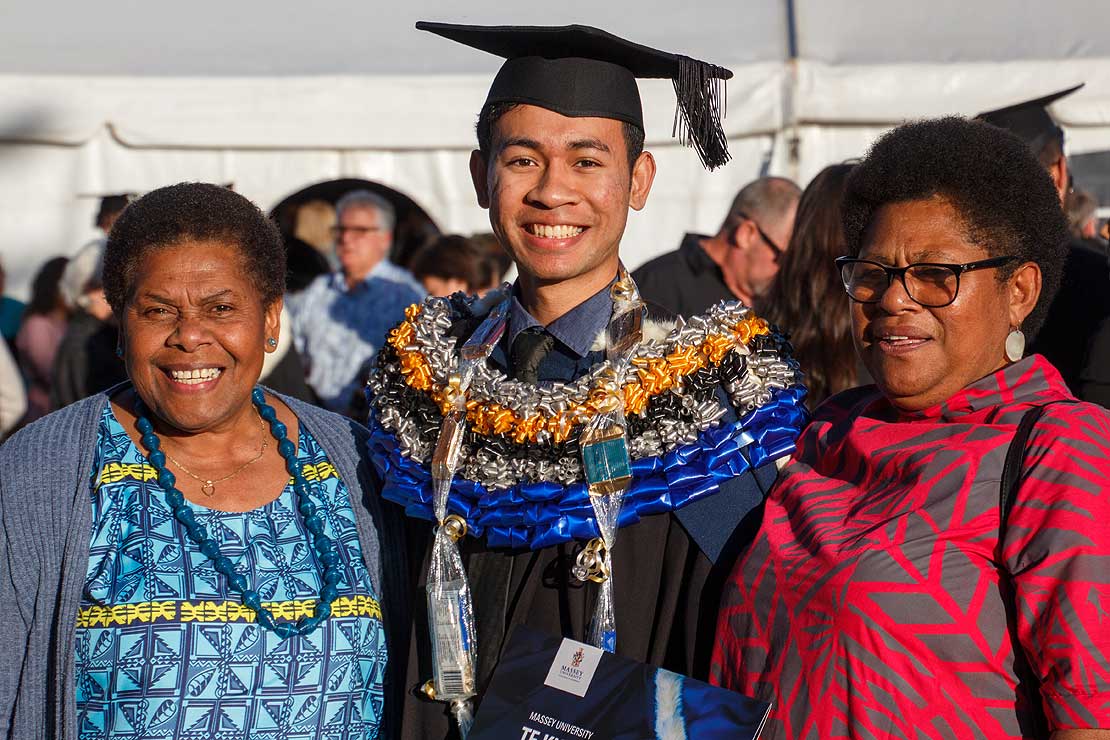 Jospeh Poon and his family

Following in his grandfather's footsteps

Joseph Foon has always been passionate to learn about money, so much so he has now attained a Bachelor of Business majoring in Finance. The Fiji born graduate was inspired from a young age by his grandfather who owned a business when Joseph was a young boy.

“I would watch him do his accounts and things like that, so it inspired me to pursue a degree in business and just to learn about money and investment.”

He is now working at Toyota New Zealand in the warehouse team and hopes to move up within the company in the coming years.

His proud family joined him at Monday’s ceremony to help him celebrate. Monique Hard was joined by her family who had travelled from Western Australia to see her graduate with a Master of Dairy Science and Technology, which she completed as part of the Fonterra Graduate Programme.

She was on an exchange programme while studying at the University of Sydney when she learnt about Fonterra’s Graduate Programme and its offering and decided to apply. In December 2019 she arrived in New Zealand and spent nine months in Manawatū to attend lectures  and be based at Fonterra’s Research and Development Centre in Palmerston North.

“[Manawatū] is the hub of dairy science and technology in the world, with the number of experts that are around. And it was a really nice warm vibe that the university and Fonterra provided here.”

She’s looking forward to a career in the dairy industry.

“I really like what you learn at university you can actually apply it in the real world, in a business and commercial sense. I’m taking what I’ve learnt from the technical side and trying to apply that a little bit more and introducing it into some of the more business and commercial conversations, and I’d like to continue doing this moving forward.” For Matt Hoggard and his family, celebrating his success of graduating with a Bachelor of Science majoring in Chemistry was not the only celebrations that were to be had on the day.

Matt has now become a fourth generational graduate with Massey after his great grandfather Neville Green graduated in 1967 and again in 1968, his grandmother Judy Owen in 1981 and again in 1985 and then his mother Robyn Hoggard in 2007.

“Becoming the fourth generation in my family to graduate from Massey gave me an overwhelming sense of pride when I walked across the stage to receive my parchment in my great grandfather’s robe, the same as he did in 1967.”

His grandmother and mother joined him on the day to celebrate alongside their wider family and friends.

Matt is now working at Heineken in Auckland as a brewery scheduler and says it is a great place to start his next chapter. Bachelor of Nursing graduate Bella Dickins returned to Palmerston North for graduation from Wellington where she now works as a nurse in the surgical ward of Wellington Hospital.

On a day-to-day basis she cares for patients before and after operations, takes patients to theatre and, due to being based on an orthopedic and neurology ward, she is quite often helping transport patients to the intensive care unit.

Becoming a nurse and being able to help people has always been her passion, she says.

When she was 14, Bella went on a horse trek with her family and both her and her father were bucked off their horses, which resulted in her dad shattering his pelvis in multiple places and breaking his ribs.

“I was injured as well but not as bad as him. Dad was running around trying to fix everyone, but he looked like he was going to faint, so I told him to sit down and put his legs above his head because of the blood flow. From that natural response I’ve always had something in me telling me ‘I can do it’ and I come from a long line of family with similar career paths.”

Her mum is a nurse, her dad a police officer, and extended family members are fire fighters and other first responders, a majority of whom were there to celebrate with her on her special day. Teaching the past to the future

Aryaman Parulkar has always loved animals, nature and the environment, “so why not study all about it?” he says, hence why he decided to study a Bachelor of Science majoring in Zoology and Ecology.

Since graduating Aryaman has moved to Auckland and is now a teacher at the Auckland Museum.

His day-to-day role, which he really enjoys, involves teaching students from early childhood to year 12 all about a range of topics and creatures including insects, dinosaurs and volcanoes.

He says he loved everything he learnt during his time at Massey, “the friends I made and knowledge I learnt, that’s what university is all about and it’s something I’ll keep for the rest of my life.