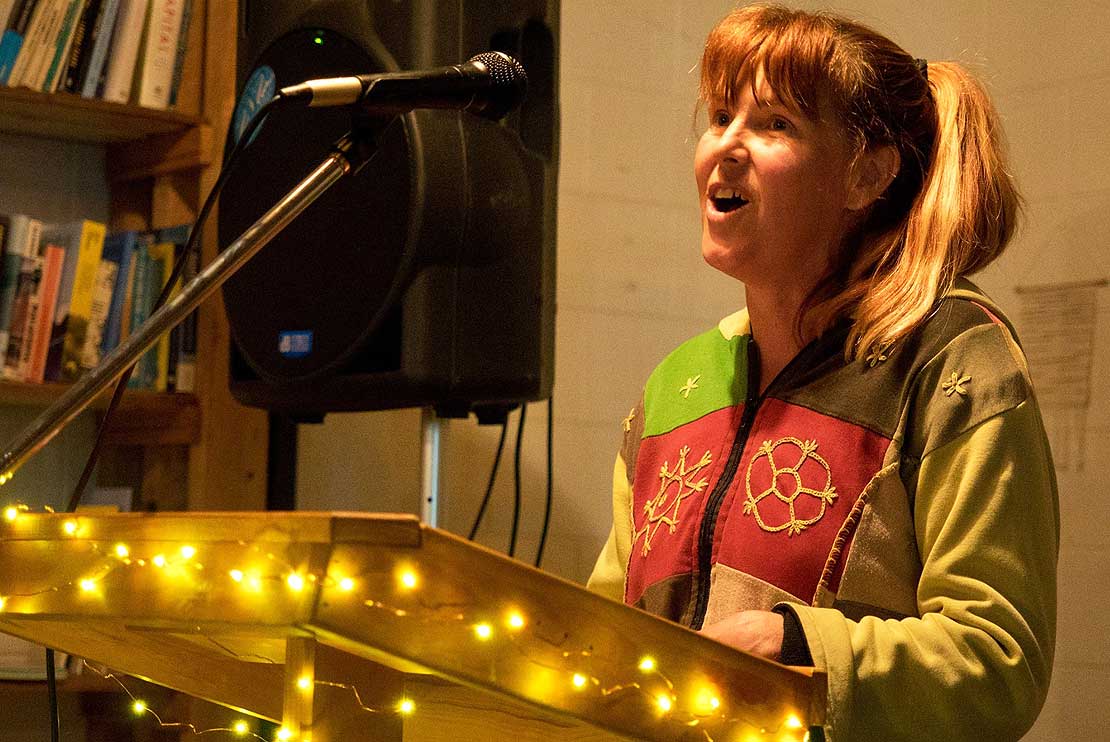 A poem inspired by graffiti as a response to the reconstruction of post-quake Christchurch has won first place in the New Zealand Poetry Society International Poetry competition for Massey University Master of Creative Writing student Gail Ingram.

The Christchurch-based poet gained Commended awards in the competition in 2014 and 2015, with another Massey creative writing student Janet Newman winning last year’s prize.

Ingram’s winning poem, The Canvas, was selected from approximately 600 poems from around the world. It was written for a collection of poems, titled The Graffiti Artist, as part of her thesis by distance at Massey.

Judge Diane Bridge praised the poem for its “gritty, concrete strength” – also a literal reference. The poem features concrete as well as “Prefabricated tilt-slab with steel reinforcing shipped from a Guangzhou factory” – the backdrop for an artist in the poem who paints her response to a manufactured cityscape. The character was inspired by an exhibition Ingram attended in Christchurch of international graffiti artists, only one of whom was a woman.

The poem – and the series it is part of – centres around a fictional middle-aged graffiti artist and her sons who are coping with mental health and drug issues. Her imagined character’s motivations, actions and words are Ingram’s protest against the more crass, commercial aspects of the Christchurch re-build.

“As you drive around the city, all you see are billboards and signs, all with commercial interests,” says Ingram, who explores the juxtaposition between the illegality of graffiti and street art alongside legal constructions.

Like the graffiti artist in her poems she is also a mother of two teenagers, and as such finds the dominant display of some of the overt commercial content, such as sexually explicit movie billboards, a concern.

She is interested in the use of fractured narrative in poetry, and also writes flash fiction (micro fiction or fiction of extreme brevity). A former schoolteacher with a Bachelor of Arts degree majoring in English and Psychology from the University of Canterbury, she wrote novels for young adults and short stories, before discovering she found more satisfaction writing poetry after attending the Hagley Writers Institute in Christchurch from 2008-2009.

She likes poetry because of “the intensity of the language. I also love the sound of words and the effect they can have on you.”

Her work has been published in a range of publications, including takahe, Poetry NZ, Cordite Poetry Review, Blackmail Press and Flash Frontier. She won $500 for her winning poem, The Canvas, which will feature in the society’s anthology published in November, and she hopes to find a publisher for her collection at the end of the year.

Undertaking her Master in Creative Writing has, she says, helped her develop as a writer through the critical feedback and mentoring from her supervisor Associate Professor Bryan Walpert, as well as the opportunity to discover new writers for the research component of her thesis.