On the Fence team nominated for innovation awards 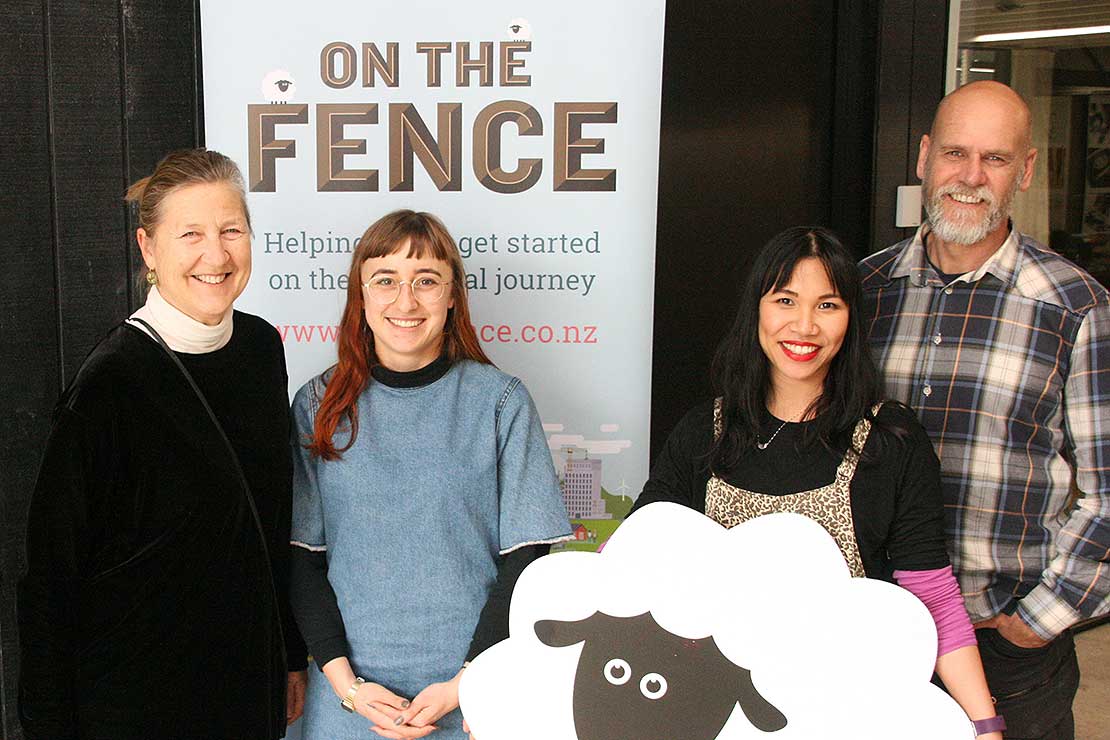 The Design + Democracy Project has been nominated for two New Zealand Innovation Awards for their interactive online tool aimed at boosting youth voting at the general election.

On the Fence, a game-like questionnaire that guides people towards finding a values match for them among political parties, was devised by the Design + Democracy Project that is part of Massey University’s College of Creative Arts.

A 2014 fore-runner to the version of the tool, and a local body version, VoteLocal, used at the time of the 2016 council elections, formed part of the award nomination too.

Project director, senior lecturer Karl Kane and senior research designer for the project Tim Parkin, say the appeal of On the Fence is that it is in language that is accessible to a youth audience and has an approachable and game-like look that is fun and shareable.

It’s a sentiment shared by the organisers of the New Zealand Innovation Awards that give smart, innovative New Zealand individuals and businesses a platform to be recognised and celebrated.

On the Fence has been nominated in the Innovation in Education, Training and Development as well as Excellence in Social Innovation categories.

Winners will be announced on October 19.

For more information about On the Fence visit the Design + Democracy website.