Narcissists never the smartest guys in the room 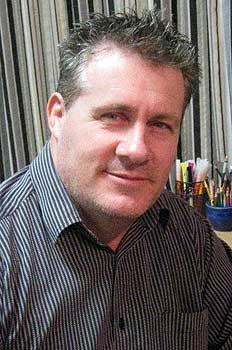 Early career corporate high flyers can come crashing to earth if overly self-confident personality traits like narcissism are not kept in check, according to new research by Massey PhD recipient Jeff Simpson.

In one of the first research projects undertaken on narcissistic graduates rather than corporate leaders, Mr Simpson investigated the meaning and impact of narcissistic personality traits on the work performance of 75 graduates’ at one of New Zealand’s top five consulting firms. From this group, 10 were identified as having narcissistic traits. The study followed graduates of a similar age, intellect, qualifications and job description at the start of their corporate careers over a two-year period.

The Wellington man, who graduates as a Doctor of Philosophy from the Michael Fowler Centre on Thursday, compared the career performance of graduate recruits who had narcissistic tendencies compared with those who did not.

“If an organisation is secure within itself, it won’t tend to be as vulnerable to hiring a narcissistic personality as when in times of turmoil. A self-confident personality may mistakenly be construed as the strength and competence they’re looking for when facing change or uncertainty.”

Mr Simpson says those who were seen as future stars at interview and earmarked to be “offered a position quickly before someone else snapped them up”, were later found to carry strong narcissistic traits. “This is not surprising as narcissists have the knack of creating a good first impression, talking big and creating urgency around them. Within their first year these same ‘star recruits’ were rated by their managers as performing near the bottom of the graduate group, and by the second year were definitely at the bottom. Interestingly, in spite of this, those identified as having narcissistic traits were far less self-critical of their own performance than the non-narcissistic group, who tended to have a more moderate and balanced critical view.”

Mr Simpson says people with narcissistic tendencies tend to think they know it all anyway, “But as a graduate coming into a big firm, there’s so much to learn that you have to be open to new challenges and development – if not, you’ll fall behind really fast. Those who were more self-critical when rating their own performance tended to work harder at getting up to speed with what they didn’t know – it bothered them, so they tended to perform better because of it.”

“Corporate workplaces could potentially be a strong lure to those with narcissistic tendencies – they can be very flash, flaunt what they’ve got and have the appearance of giving narcissists the very air they need to thrive, “ Mr Simpson says.

However the study showed that while presentation of high self-confidence certainly impressed employers at the interview stage, this trait amongst its new recruits was not later valued by the firm, nor did it predict subsequent high performance. In fact, none of the top performers in this graduate group were amongst those who had been identified as having such a positive initial impact at interview stage.

Mr Simpson noted that all of the graduates considered narcissistic had since left the consulting firm.

“What they’ve got now though is a big organisation they can put on their CV.”

Mr Simpson says his workplace career as an psychometrician profiling and interviewing people for jobs as well as career management work is a natural fit for his doctorate thesis. He already holds a Bachelor of Arts in Psychology as well as Master of Arts with honours in Psychology – all from Massey.

“With recruitment you’re trying to predict behaviour and determine ’is this person going to be good for the job,” he says.

The emergence of online social media had encouraged a flourishing of narcissistic behaviour with opportunities via sites like Facebook for self-attraction, Mr Simpson says, though most people passed through this kind of behaviour by their mid to late 20s.

“The key point from the research is that humility is a great virtue for an applicant for a job, but it’s not something that’s eye-catching, whereas narcissists as people present very well at an interview and tend to be given more opportunities but tend to underperform.”

Navigating the waves of tertiary study