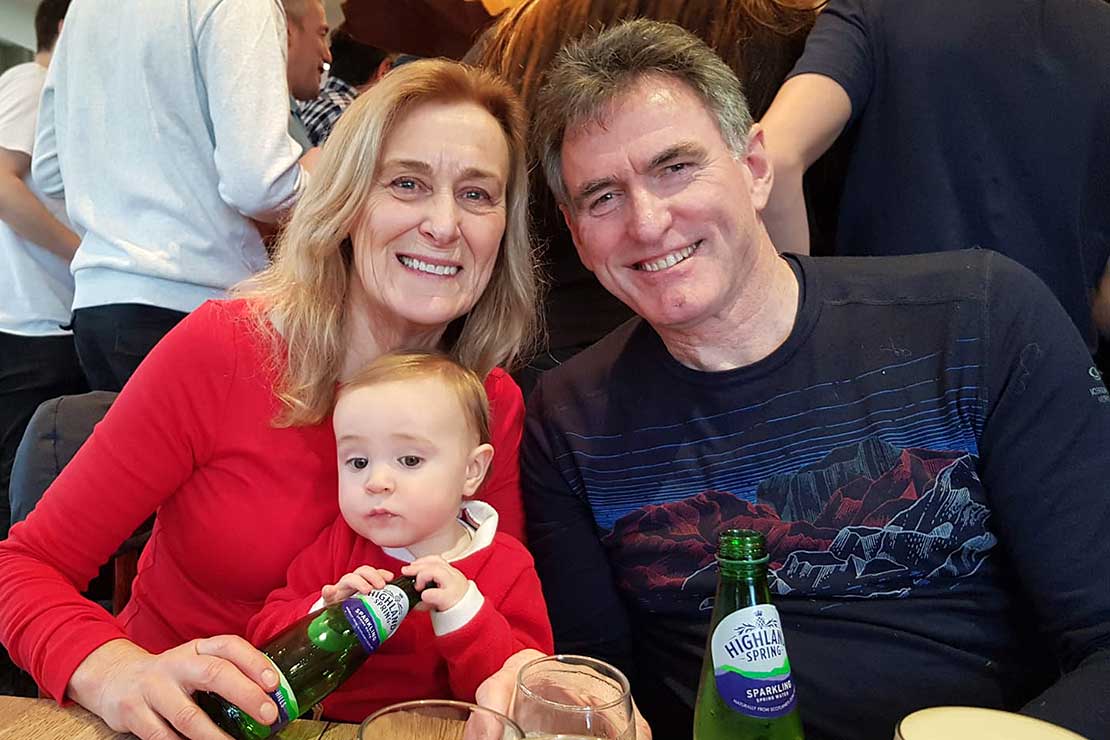 Donors Stephanie and Ross McEwan (with one of their grandchildren) have donated more than $600,000 for scholarships for Massey Pacific students.

Undergraduate students studying degrees with practical applications will be able to apply for scholarships worth up to $8000 a year.

Mr McEwan, who is about to take over as head of the National Australia Bank,  graduated with a Bachelor of Business Studies, majoring in Personnel Management, in 1980. He held various human resource positions before moving into insurance and taking the top job at AXA New Zealand. He later became chief executive of First New Zealand Securities and joined the Commonwealth Bank of Australia. In 2013 he was appointed chief executive at the Royal Bank of Scotland. Two years ago he was presented with the Sir Geoffrey Peren Medal at Massey’s Distinguished Alumni Awards. He was recently announced as the new chief executive and managing director of the National Australia Bank.

Mrs McEwan graduated with a Bachelor of Technology with Honours, majoring in Food Technology, in 1978. She worked in food product research and development for several years then completed a Postgraduate Diploma in Secondary School Teaching. She taught at Massey High School in Auckland for two years before the couple moved to Sydney, where she completed a Diploma in Patisserie at Le Cordon Bleu Australia.

Massey Vice-Chancellor Professor Jan Thomas describes the donation as extraordinarily generous. “This will be a tremendous boost to the aspirations and outcomes for Pasifika students,” Professor Thomas says. “It is always wonderful when graduates choose to recognise either the benefits they received from their study with us and qualifications earned in such a tangible way. In many cases they simply want to ensure the transformational effect of education are made more widely available.”

Massey Pasifika director Associate Professor Malakai Koloamatangi says the McEwan Pacific Scholarships help address a pronounced shortage of financial support specifically for Pacific Island students. “What has been available is very piecemeal; we are talking about really small amounts of money,” Dr Koloamatangi says. “We are greatly appreciative of the McEwans. The majority of our students struggle with the financial burden of study because of their poor socio-economic backgrounds.”

Mrs McEwan says they were surprised to discover how few scholarships there were for Pacific Island students. “Pacific Island groups contribute a lot culturally to New Zealand, but in many ways they don’t get a lot of the opportunities that perhaps Māori and Pakeha do. We wanted to make sure the scholarships gave practical support, so that when recipients complete their degrees they can get good jobs.”

Mr McEwan said they felt it was time to give back to Massey. “Massey was incredibly good for both of us. I didn’t know what I wanted to do when I enrolled and I really benefited from what was a very diverse business studies degree. We both really felt the social environment was special at Massey. It is a big sporting university and we were both very involved in sport – we met playing basketball.”

The new scholarships will be funded through the McEwan Pacific Student Fund, managed by the charitable arm, the Massey University Foundation. Four scholarships will be offered each year to Pacific students enrolled in one of the 11 specified degrees. Their value will be reviewed annually, but will typically be $8000 for students taking six or more courses in the year. The value will be prorated for students taking fewer than six papers.

The gift is the first through the foundation’s United Kingdom Friends of Massey Trust, which enables donors to reclaim gift duties, potentially increasing the value of donations.