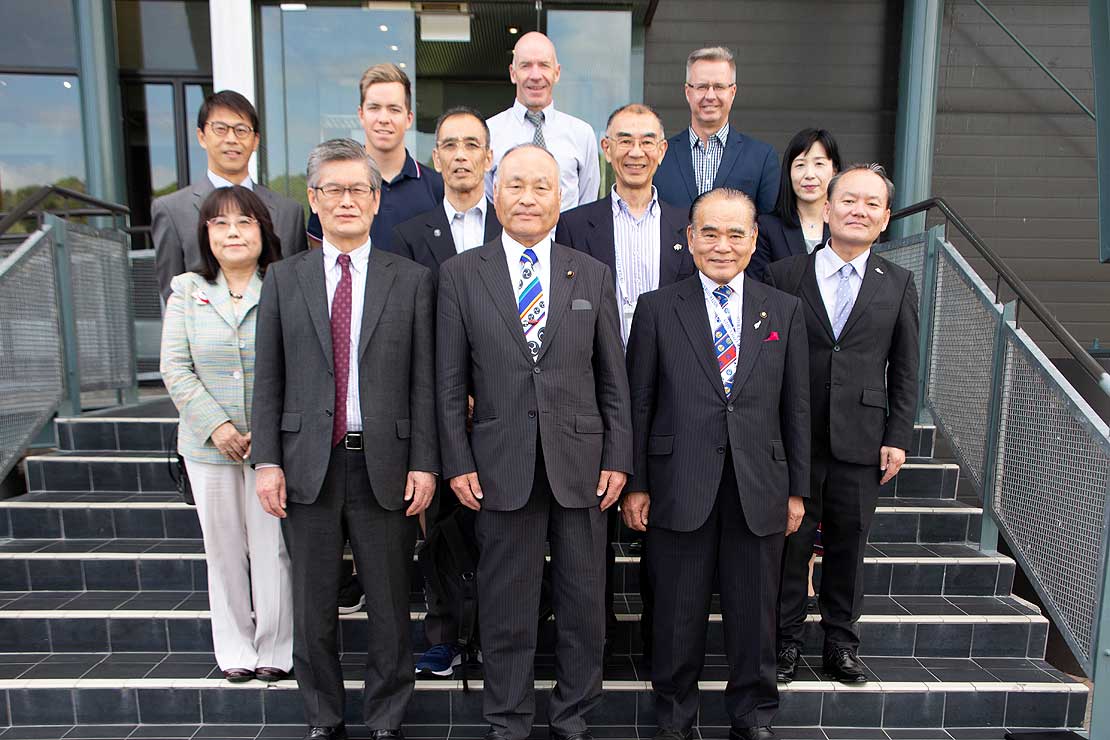 Visitors from Palmerston North’s new Japanese partner city Mihara, were on Massey’s Manawatū campus on Friday for a tour and to hear about some successful sport development initiatives involving the Manawatu Triathlon Club.

The club’s vice-president, Professor Andy Martin, was asked to speak about the success of the Crankit Cycles' Specialized I Tri’d the Tri Series – an event he has managed for more than 15 years. The community triathlon event, which has been held in Palmerston North since 2004, introduces two to 12 year-old kids to the triathlon over five events. It has been growing year on year, with the final event this year attracting a record number of 780 kids.

“It was great to be able to share the increased interest in triathlon, due to the 2020 Tokyo Olympics, with our Japanese visitors. After Hamish Carter and Bevan Docherty won an Olympic gold and silver Medal at the Olympic triathlon in Athens in 2004, there was a real explosion in interest in triathlon, resulting in our event and others like the Weetbix triathlon being held in Palmerston North. These successful sport development initiatives promote physical activity, but also encourage engagement of the whole community.

"The new Sport Development Major in the Bachelor of Sport and Exercise helps prepare students for work in the varied and growing area of sport development by providing knowledge in topics such as sport organisational structure and function, event and facility management and sport coaching, along with sociological, performance and business issues linked to sport”, Professor Martin says.

The delegation was in the city to sign an official declaration of partnership with Palmerston North. As part of this relationship, Massey Academy of Sport triathlete and third-year Bachelor of Business student, David Martin has been invited back to Japan in August to compete in the 30th anniversary Sagishima triathlon. David finished second last year. The invite is from the Hiroshima New Zealand Friendship Society, which is linked to the city of Mihara.