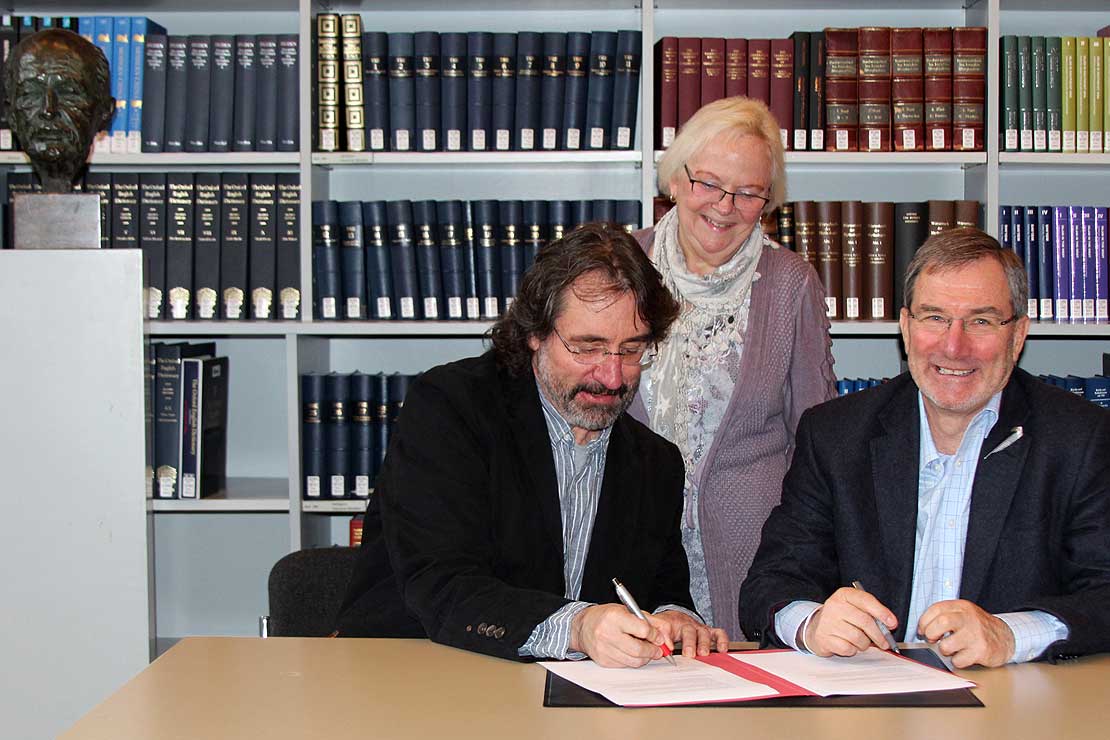 Auckland’s super-diversity will be under the research spotlight as part of a comparative global study by a top German research institute.

Auckland will join three other super-diverse cities (Singapore, Johannesberg and New York) in the study following the signing of a Memorandum of Understanding between Massey University and the Max Planck Institute for the Study of Religious and Ethnic Diversity in Germany.

The institute and its director, Professor Steve Vertovec, initiated a major research project that explores the nature and impacts of increasing diversification in a range of global cities.

Distinguished Professor Paul Spoonley, Pro Vice-Chancellor for the College of Humanities and Social Sciences, says with $5.5m in funding from the Ministry of Business, Innovation and Employment (MBIE) for the Waikato and Massey project on diversity in New Zealand (Capturing the Diversity Dividend, or CaDDANZ), an opportunity has arisen for Auckland to become the fourth city in the global study.

The agreement will also expand to staff and student exchanges, with the chance to take part in an Academy of Urban Super-diversity in Berlin next April. This will involve academics, both established and new, from a range of countries and hosted by the Max Planck Institute and the European Research Council at the Berlin-Brandenburg Academy of Sciences.

Professor Spoonley will be one of those invited to give a masterclass on the urban politics of super-diversity at the Academy, while four early career researchers from New Zealand (three from Massey and one from Waikato), will also be participating.

“The Max Planck Institute is one of the leading contemporary centres of diversity research,” says Professor Spoonley. “Professor Vertovec has contributed significantly to an understanding of super-diversity globally.

“This opportunity to exchange people and ideas with such a centre of excellence is an exciting new development,” he says.

Professor Vertovec says: “The evolving diversity of New Zealand provides an exceptional case for international comparison and our long-term cooperation with Professor Spoonley and the CaDDANZ project represents an outstanding prospect for increasing our understanding of a range of significant diversity dynamics.”

Caption: (left) Professor Steve Vertovec, director for the Max Planck Institute for the Study of Religious and Ethnic Diversity, and Distinguished Professor Paul Spoonley sign the Memorandum of Understanding, along with Mrs Christel Albern, the institute’s head of administration, in its library in Göttingen.