Opinion: Free speech or 'no platform'? - a classicist’s plea 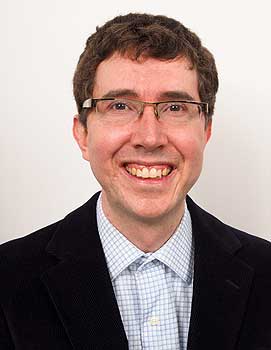 As a humanities lecturer in Classical Studies at Massey University, I am disturbed by the recent push toward censorship – or, in the current euphemism, “no-platforming” or “de-platforming” – of dissenting viewpoints, both at Massey and in New Zealand and the Western world as a whole.

This illiberal trend is a betrayal of the heritage of free thought, inquiry, speech, and debate bequeathed to us from the ancient world. According to the Roman historian Tacitus, the key distinguishing feature of life under good emperors – as opposed to bad, tyrannical emperors – is that a good emperor leaves you “free to think what you like and to say what you think”.

Tacitus grew up under one of the worst emperors, the infamous Nero, who – among his many other acts of tyranny – pioneered the “no-platform” approach to silencing dissidents. The rising literary star of Nero’s reign was the young poet Lucan.

As his masterpiece, Lucan composed and publicly recited an epic poem in which he harshly criticized Julius Caesar, Nero’s revered ancestor (by adoption), and lamented the loss of republican liberty under the new imperial regime. Nero was piqued in his artistic vanity by the popularity of a superior poet and, more seriously, was offended by Lucan’s political incorrectness in challenging the foundations of his own imperial authority: Lucan was obviously guilty of “hate speech” against the ruling dynasty of Caesars.

Nero’s reaction was a gag order banning Lucan from all public speaking, including recitation of his works. Incensed by this attack on the free expression of his poetic voice, Lucan ended up joining a conspiracy to assassinate Nero. The warning for us today seems clear. If heretics, misfits, and troublemakers are denied the right to communicate peacefully with interested audiences – and that is exactly what “no platform” means – they may eventually feel justified in resorting to more drastic measures. Free speech acts as a vital safety valve for the discontented members of society.

It is also worth asking why, 2000 years later, we are still able to study Tacitus, Lucan, and all the other treasures of ancient Greek and Roman literature. Except for some fragmentary oddments found in literary papyri and inscriptions, along with a handful of intact ancient manuscripts, the survival of classical literature after the collapse of the old Greco-Roman civilization depended on the painstaking hand-copying of manuscripts by generations of medieval monks and the faithful preservation of those manuscripts within monastic libraries.

Many – probably the vast majority – of the classical texts copied by monastic scribes featured content that must have been, in one way or another, profoundly offensive to the monks' own Christian worldview: pagan philosophy and mythology, anti-Christian polemic, even borderline pornography (gay and straight). There was borderline atheism too, as championed by the scientific poet Lucretius, the Richard Dawkins of Latin literature.

From the early Church onwards, some Christian fundamentalists stridently insisted on a complete break from this whole classical culture, demanding that "no platform" should be given to such dangerously pagan authors. One famous example was the Church Father Tertullian, with his dismissive rhetorical question, "What has Athens (i.e; pagan Greek philosophy) got to do with Jerusalem?"

It would have been very easy for the monks just to let Classics die, on grounds of its obvious deviance from the ideological consensus of medieval Europe. But we would be much poorer today as a civilization if all the beautiful, dissident, dissonant voices from classical antiquity had indeed been systematically and permanently "no-platformed" into silence during the Middle Ages. The Renaissance would certainly never have happened, nor – in all probability – would the scientific revolution or the rise of modern democracy.

Instead, the monks made the active choice to pass on to future generations – including us – the perspectives of classical authors with whom they often vehemently disagreed. They had the full courage of their convictions, believing that if their Christian faith was true, it could stand the test of exposure to non-Christian – and even anti-Christian – opinions and arguments. And thanks to their enlightened stance, we continue to read and be enriched by Homer, Plato, Ovid, Lucretius et al.

As a modern institution of higher learning, Massey should strive to be at least as open-minded and tolerant of diverse viewpoints as a monastery from the so-called Dark Ages. After all, as long as we can discern the truth clearly, love it passionately, and defend it vigorously, we have nothing to fear from open debate; and if we can’t do those things, then why are we claiming to be a university at all?

Dr Jonathan Tracy is a lecturer in Classical Studies in the School of Humanities.

Opinion: When is free speech hate speech and why should universities care?
Sharing Aotearoa and Ancient World connections
Ancient Greeks and Romans fans in Gen Z