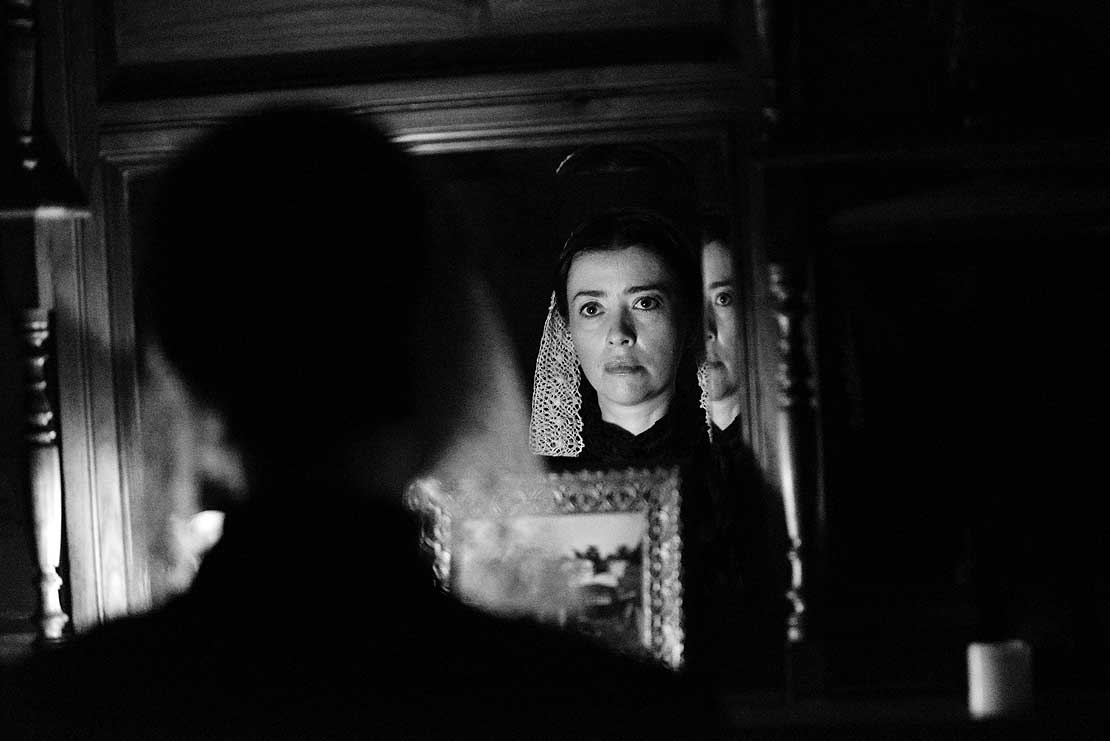 A touching letter and a ghostly encounter in a historic Christchurch homestead sparked the idea for a play exploring the dilemmas of migrant life by Ukraine-born Master of Creative Writing student Nataliya Oryshchuk.

She was recently awarded first prize by the Playwrights Association of New Zealand’s 2018 One Act Play Competition for her piece, Dear Jane.

Based on the biography of early Cantabrian Jane Deans, the play is a story of human fragility and resilience, says Ms Oryshchuk. It follows Jane as she makes her decision to marry John Deans and emigrate from Scotland to New Zealand in 1852. Tragically, her husband – one of the first Canterbury settlers – died within months of their arrival, but instead of returning home, Jane chose to stay on in her new country.

In a tale of how to make the best from the worst, Ms Oryshchuk’s play considers a migrant’s plight and how to find a sense of belonging – issues close to her own heart. That her story has been so well received is a thrill and a great confidence boost, she says.

“I am deeply honoured to have won the award – it’s a strong incentive for me to continue writing plays in English.”

In addition to a cash prize, Ms Oryshchuk is invited to a workshop alongside her two runners-up as well as a public rehearsed reading of her play in Palmerston North later this year. The play will also receive a public reading as part of New Zealand Theatre Month in Christchurch.

Settler’s spirit a source of inspiration

Ms Oryshchuk first arrived in New Zealand in 2002. Fresh off the plane, she spoke barely any English and knew no one. Her experiences of fear and loneliness were something she would later draw creative inspiration from.

During her early days in Christchurch she stumbled upon a letter when she visited the Deans’ former residence, Riccarton House, now a museum. Something resonated and would stick with her through the years. It read, “May you never know what it is to be left alone, a stranger in a strange land among strangers, let them be ever so kind”.

Many years later, her capacity as a theatre maker – she founded the independent production company NO Productions Theatre in 2012 – led her into an unusual role. Producing an immersive tour through a haunted house is not for the faint-hearted, but the young and ambitious playwright jumped at the opportunity. As a creative, she saw it as a chance to find a new way of telling the story of Riccarton House and the Deans family who had inhabited it.

Aware of rumours about the spirit of Jane Deans in the house, Ms Oryshchuk began to feel a strong connection to the ghost of a woman who, like her, was an immigrant. Becoming at one with Jane was an important part of getting into character and allowed Ms Oryshchuk to tell a truly convincing story. She describes the time spent alone with Jane’s spirit in the dark house as “an experience in itself”, and often found herself thinking about the real woman behind the tale and the choices she had to face. Ms Oryshchuk felt inspired to take Jane’s story a step further and wrote Dear Jane between 2017 and 2018.

The playwright, based in the garden city she first called home, graduates with a Master of Creative Writing later this year. Her next big goal is to secure the production of her plays on both national and international stages.

Completing her masters at Massey allowed her to “truly develop” as a playwright with a focus on structure, alongside having the freedom and flexibility so integral to the creative process, she says.

The award is not the first time she’s been recognised. A number of her short plays have made the finals in national and international playwriting competitions, including the Playwrights Association of New Zealand, Short+Sweet Sydney, Pint-Sized Plays NZ and Pint-Sized Plays UK. Over the last couple of years, her short comedies have been produced by various theatres in New Zealand and Australia.

For a student considering postgraduate creative study at the University, her advice is simple but clear. “Do it, and don’t give up.”

Millennial ‘sex in the city’ TV series for theatre student