Coral reefs may have refuge in deeper water 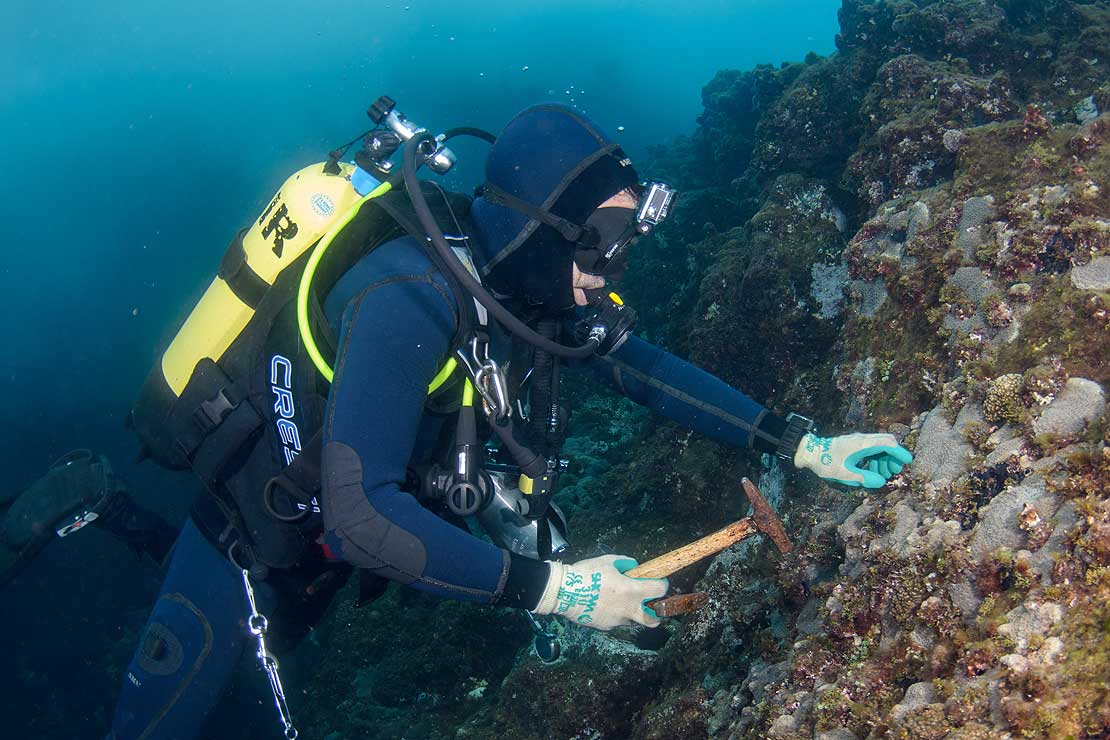 Dr David Aguirre is now investigating the impacts of climate change on corals and the distribution of marine species, including our Kermadec Islands. Photo: seacologynz.com

A Massey marine ecologist is helping to uncover the ways the world’s coral reefs could survive in the face of rising global temperatures.

The study, led by the Australian Museum, examined the effects of mass bleaching on coral reefs in the Maldives islands. Coral bleaching, named because of the lightened-white appearance the coral takes when it expels algae from its tissue, is a result of rising sea temperatures and had devastating effects on coral reefs around the world in 2015-16.

Senior Lecturer in Marine Ecology Dr David Aguirre contributed to the study and says coral bleaching is a significant threat facing the reefs.

“Thermal stress caused by global warming is as big of a threat to coral reef communities as overfishing and pollution. While the loss of its alluring colour is unfortunate for those who admire its beauty, the effect of this bleaching on the coral’s survival is far more serious. This is because the algae provide a significant amount of the nutrients needed to perform photosynthesis, which is how the coral feed themselves.

“While the coral is not necessarily going to die, it loses its main source of food and is at a higher risk of starvation,” Dr Aguirre of Massey Institute of Natural and Mathematical Sciences says.

However, despite the devastation bleaching causes, the study suggest that all may not be lost for these fragile ecosystems, as this bleaching may not affect all parts of the reef equally, something the research sought to study extensively.

By studying the individual responses of 6859 corals from 28 reefs in certain depths and conditions, the team were able to identify which of 191 species studied were least and most vulnerable. They found that the deepest occurring individuals of each population have the greatest potential to survive and drive reef recovery and pinpointed those likely to dominate following repeated events.

During the most severe global bleaching event on record, they found that 83 per cent of coral cover was severely affected on Maldivian reefs at a depth of 3–5 metres, but significantly reduced effects at 24–30 metres. Analysis of 153 species’ responses showed depth, shading and species identity had strong, significant effects on susceptibility.

“Current surveys for reef health focus on aerial and shallow in-water surveys that provide data spanning thousands of kilometres, our survey shows the importance of studying the reefs in entirety to see where populations may be bucking the trend and surviving.

This information is critical to understanding how reefs will respond to climate change and may show us where our best efforts to preserve reefs lay. If we cannot protect the shallow reef, maybe we can protect the deep and the coral which inhabit it.” 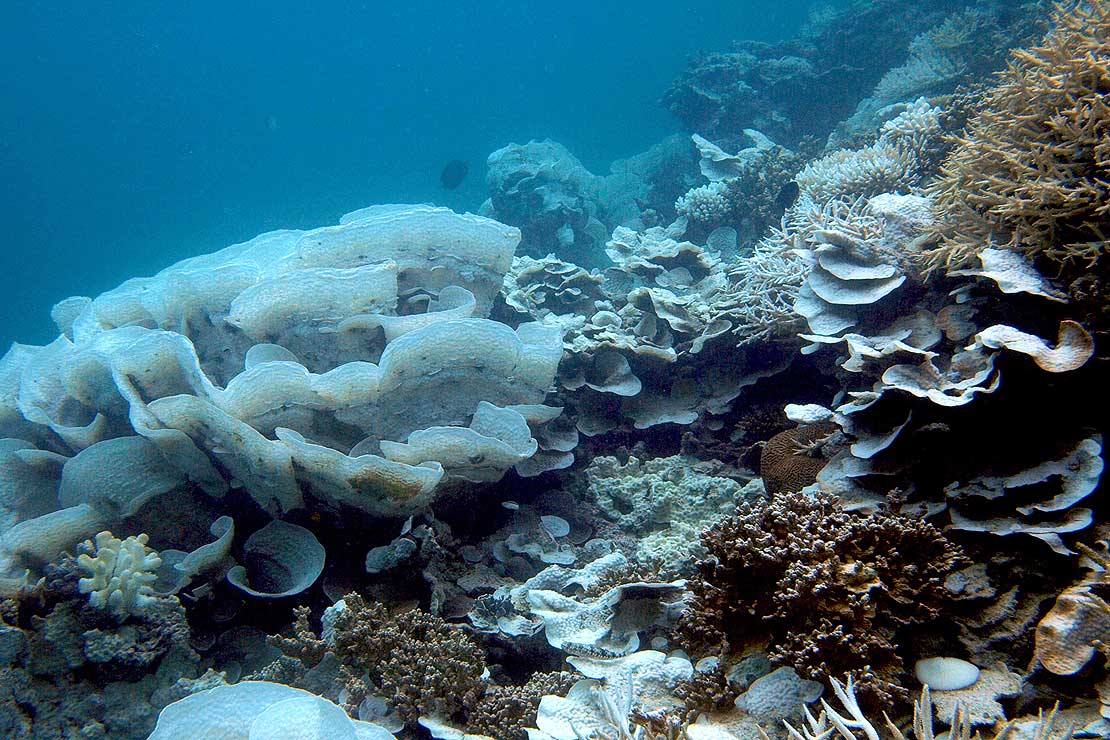 Coral bleaching in the Maldives in the Indian Ocean. Deeper coral may stand the best chance against climate change. Photo: Paul Muir.

Australian Museum’s Paul Muir led the work, with support from Paul Marshall and Ameer Abdulla of the Centre for Biodiversity and Conservation Science at the University of Queensland.

Dr Aguirre is currently conducting research examining the impacts of climate change on corals and the distribution of marine species, including the Kermadec Islands.

“New Zealand’s own Kermadec islands host one of the highest latitude coral reef communities in the world, and while fishing and pollution are not a problem at the Kermadecs, due to their status as marine protected areas, we need to understand more about how coral bleaching effects communities if we are to have any chance of mitigating such effects.

“Particularly, for areas such as the Kermadecs which are hypothesised as potential refuges for corals escaping tropical regions that are becoming increasingly hostile for corals.”

The article, Species identity and depth predict bleaching severity in reef-building corals: shall the deep inherit the reef? Appeared in Proceedings of the Royal Society B.