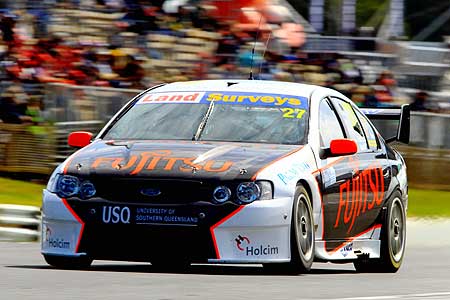 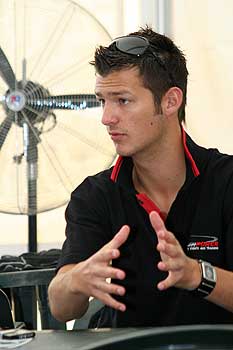 As a youngster Ant Pedersen would watch Australia's great race at Bathurst on television each year. This year he will be one of the drivers who lines up for the Bathurst 1000 at the famous Mount Panorama circuit in New South Wales.

He says he can’t wait to get the weekend underway. “It seems so unreal to think I'm racing at Bathurst,” Mr Pedersen says. “As a kid growing up I used to watch the race on television and now I'm in it. I've dreamed of driving in this race so understandably I'm very excited."

Mr Pedersen grew up in Rotorua but is currently studying accountancy at the Manawatu campus. He has been a member of the University’s Academy of Sport for four years.

He has made a rapid rise in motorsport to make it to the start-line of this iconic event. A former karting champion, he shone in the MINI Challenge and Porsche GT3 Cup classes in New Zealand before receiving an opportunity to race in the early rounds of the V8 Development Series in Australia this season. The 22-year-old impressed in his very first outing, securing a podium at the tricky Adelaide Street circuit, before going on to score a second placing in a later race at Queensland Raceway.

As a result of those performances Mr Pedersen and young Australian Damian Assaillit received a wildcard entry to the two long distance races in the Australian V8 Supercar Championship – the L&H 500 at Phillip Island and this weekend’s race at Bathurst.

The duo, the youngest driver pairing in the endurance races, brought the Fujitsu Falcon, one of the oldest cars in the race, to the finish in the gruelling Phillip Island event. They will again share the driving duties at Bathurst.

"The goal will be the same as at Phillip Island – to try as hard as we can to stay on the lead lap and finish the race,” he says. “If we do that it will be a good result for us. I've never raced around Bathurst before so I will use the first session or two to find my way around and then press on from there. The goal for me will again be to gain experience and quality miles in these cars and around Bathurst."

Practice begins tomorrow with three sessions, followed by qualifying on Friday, with another practice session and the top-ten shootout on Saturday. Sunday is race day, with the cars set to begin the tough 1000km race at 10.30am Australian local time.