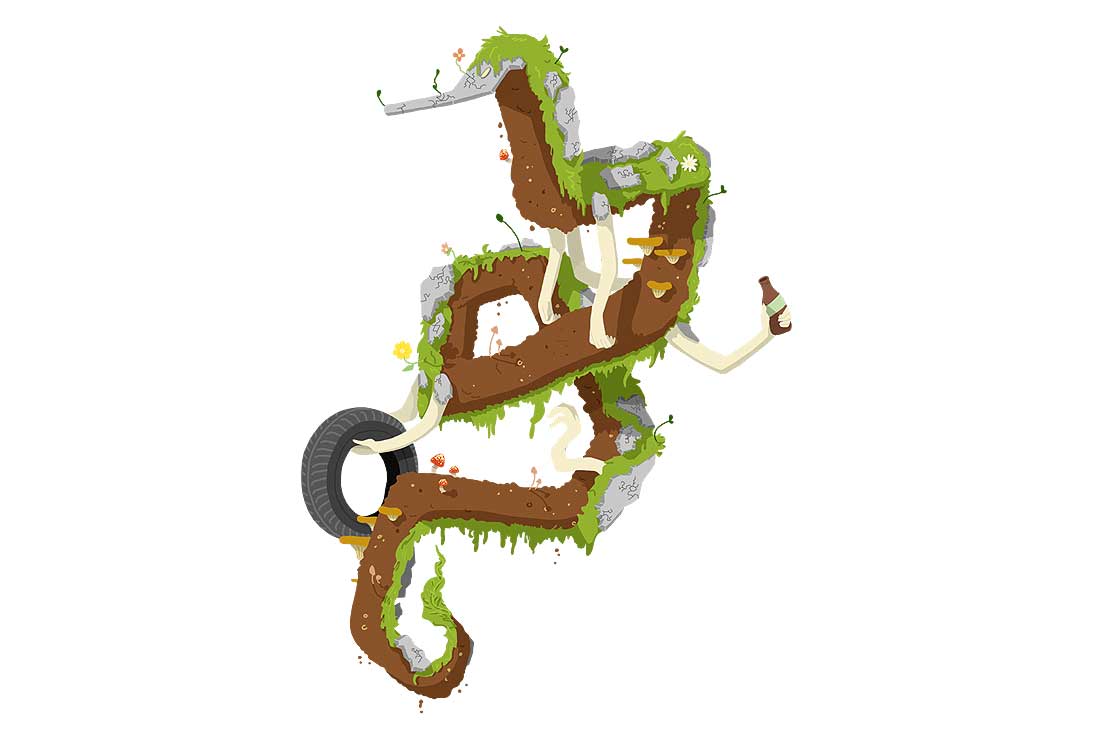 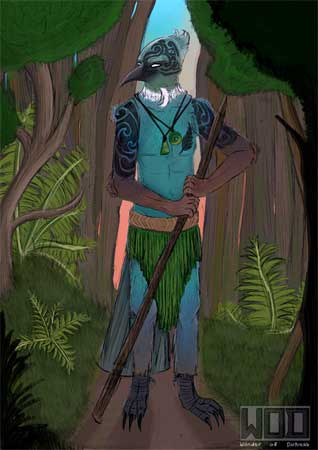 An Earth Guardian that works with children to protect nature and another inspired by Polynesian legends were among the winning entries. More than 300 young people entered the competition, which called for entrants to create a character to defend the earth, using nature and the elements to inspire their designs. It asked them to supply details about where the character lives, its special powers and links to specific places, myths, legends, customary Māori narratives and deities.

Overall winner and winner of the Industry Selected Ultimate Concept Artist Award, judged by Weta Workshop’s Paul Tobin, was Madeline Head of Burnside High School in Christchurch, for her design Ykine (pronounced Ee-kyn), an “urban-situated guardian who is the essence and proprietor of rebellious nature”. Miss Head won a Wacom 16" Cintiq Pen Display.

The Wellington School of Design Create With Us Award went to TeWai Ford, Rongomaiwahine, Ngāti Kahungunu, Ngāti Raukawa, from Te Kura Kaupapa Maori o Ngāti Kahungunu o Te Wairoa, and who was also a runner-up of the Te Ao Māori award. Her Guardian “is Whaea Ngahema, a mother figure of the forests or around the lakes protecting and embracing those who need the aroha, animals, plants, or humans,” says Miss Ford.

The Massey University Moana Oceania Narratives Award was won by Filoi Ikitau of Spotswood College in New Plymouth for her Earth Guardian Princess Loi. Miss Ikitau won a $500 prize pack, including flights to Wellington for a Weta Workshop experience.

Judged by design lecturer Sonya Withers, the work was judged the best entry that displays homage to Atua (gods) across Te Moana-nui-a-Kiwa (the Pacific ocean). According to Ms Withers, “This student demonstrated fa'a Sāmoan values surrounding tautua (to serve) and adorned their character with a tuiga, a head piece reserved for folks of high rank. Their character Princess Loi, also references Sina and the eel - a well-known fagogo (story) of Sāmoa.”

“Tui, younger brother of kaitiaki Tane Mahuta (guardian of the forest), is a wise but impulsive young kaitiaki that often finds himself in challenging situations. He carries two taonga (treasured gifts), around his neck,” says Miss Conroy-Wright.

John Paul College in Rotorua won the Weta Workshop and Wellington School of Design Top School Award, and will receive a visit from designers from Weta Workshop.

The competition kicked off during the Level 4 lockdown to celebrate the launch of the University’s new Concept Design major. It sought entries for two categories – one for senior students aged 15 to 19, and another for junior students aged 12 to 14.

Tough job for the judges

Massey’s Design Kaihāpai Astrid Visser was the judge for the Top School, the five highly commended school prizes and the international award.

“I was so impressed with the quality and diversity of the entries and loved reading the myths of each character,” says Ms Visser. “I was impressed with the high level of technical skill and the obvious hours of additional self-directed learning entrants had put into their craft.”

“I’m so pleased to be able to develop the creativity and passion of the winners further through our amazing experiences and prizes, which will give them a taste of what studying or working in concept design in the film, gaming or entertainment industries could look like. I just wish we could share and celebrate them all. I can’t wait to get started on creating next year’s competition.”

Paul Tobin says it was hard to pick an overall winner. "First of all, we want to commend all the young creatives that submitted to the Earth Guardian's competition. The diversity of ideas and imagination on display was truly inspiring for our whole design studio. There was a lot of debate over the final winner, as there was easily more than a dozen entries that showed tremendous ideas and artistry.”

“In the end it came down to the Earth Guardian Ykine by Madeline Head. Collectively, we felt that this Guardian combined a beautifully subtle and very clever concept with a very innovative design. We loved how it transcended cultural boundaries, being a Guardian that could exist in any urban location by hiding in plain sight - enlisting children to help it grow and protect nature," he said.

Concept design is critical to the visual development of ideas and worlds, found in the film, television, gaming, performance, products and interactive industries. It uses traditional art and digital forms such as drawing, painting and sculpting to create concepts for new objects, characters or environments. It can involve anything from designing characters, creatures, props, vehicles and machines, to building entire worlds that form the foundations of feature films, theme parks, events, toys or exhibits.

The awards were a partnership between Massey University and Weta Workshop and sponsored by the Gordon Harris the Art & Graphics Store.