Findings on colonic motility were recently published in the prestigious journal Nature. 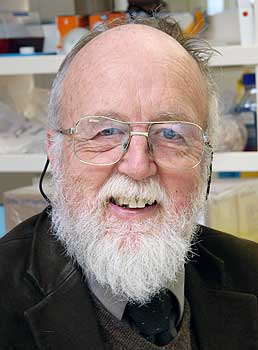 Research by scientists at Massey University’s College of Health on bowel contractions and how they relate to diagnosing colon diseases such as cancer, has received international recognition.

Two years ago, a group of scientists and clinicians who had significantly contributed to the current understanding and knowledge of the movements of the colon (lower bowel) were invited to Belgium to review the various patterns of colonic movement. They related this knowledge to the findings from a range of techniques used by clinicians to assess people with disorders of the colon.

Professor Roger Lentle, co-director of Massey’s Medical Physiology Research Group (MPRG), was the only scientist from New Zealand asked to sit on the panel of world experts, tasked with reviewing the nomenclature of colonic contractions in the light of new discoveries. The consensus meeting and a symposium titled ‘Colonic motility in health and chronic constipation: from bench to bedside’ was held in Leuven, Belgium.

Now, the findings of the consensus group have been published in a first consensus statement on colonic motility (the ability of organisms and fluid to move) in the prestigious journal Nature.

The original meeting allowed the selected scientists and clinicians to discuss the newest methods and discoveries, and reach a consensus. Professor Lentle presented his groups’ work on spatiotemporal mapping based on strain rate – a state-of-the-art method for mapping colon contractions developed by members of the MPRG.

This method simultaneously measures the lengthwise and crosswise movements of the living colon in high-definition videos so that the origin, speed and magnitude of the various types of contraction can be determined, allowing the various types of movement to be measured and a new type to be discovered.

Professor Lentle says this method also holds promise for diagnosing motility disorders of the stomach, such as gastroparesis, a condition affecting the pumping process of the stomach.

He says the findings will enable clinicians to develop a greater understanding of the changes in motility that develop with disorders of the colon and to relate them to changes in the various tests used on patients, notably pressure sensitive catheters. “Our results, adding to previous work describing the different patterns of movement, were subsequently confirmed by other workers,” he says.

Professor Lentle says an understanding of the normal patterns of colonic movement is important not only for the accurate clinical diagnosis of various disorders and their response to treatment but also in understanding how particular disorders develop.

“Changes in colonic motility may cause unduly high pressure to develop within the colon leading to diverticulosis and may delay the transit of faeces through the colon, contributing to the development of colonic cancer,” he says.

The group has since adapted their technique to test the effects of various pharmaceuticals on colon movement and, in conjunction with clinicians from the University of Otago, published this work in the Frontiers in Pharmacology journal.