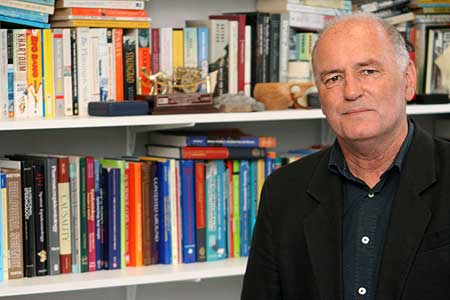 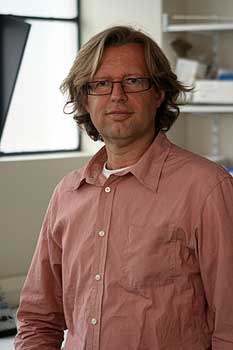 A new scholarship has been established in the name of Centre for Public Health Research director Professor Neil Pearce, who leaves in January to take up a Chair in Biostatistics and Epidemiology at the London School of Hygiene and Tropical Medicine.

In recognition of his contribution, the College of Humanities and Social Sciences has set up the Neil Pearce Award, which will be presented annually over the next five years to a student studying public health.

Under his leadership, the risks of respiratory disease and causal exposures in welders, farmers, mussel openers, hairdressers, asbestos workers, saw mill workers and plywood mill workers have been identified. His research has also identified elevated risks of cancer in various occupational groups, including producers and sprayers of herbicides, meat workers, pulp and paper workers and farmers.”

Professor Pearce has also been at the forefront of asthma research. He has led a global study into allergies and asthma with his research showing that non-allergic asthma represents a substantial proportion of asthma cases.

“This is a major issue since non-allergic asthma is less responsive to current treatment regimes,” Dr Kiro says.

“This is particularly relevant to New Zealand which has one of the highest asthma rates in the world.”

Dr Kiro has announced that Professor Jeroen Douwes will assume the role of director at the Centre of Public Health. Professor Douwes, who is recognised internationally for his work on environmental and occupational health, will continue research into the asthma causes, mechanisms and prevention at the centre, which during Professor Pearce’s time expanded from just three staff to 40.

Professor Pearce says: “It’s good that not just staff numbers have risen in that time, but that we now have staff who have progressed to senior positions in public health teaching and research.”  Under his leadership the centre attracted $30 million in mainly external funding for its wide variety of research projects.

While he was reluctant to single out particular highlights of his time at Massey, he says it was “very pleasing” that organisations like the Sleep/Wake Research Centre, SHORE and Whariki Research Centre, had joined CPHR along with the Research Centre for Maori Health and Development, to collectively form the School of Public Health.