Emerging Pacific leaders, including two Massey University students, were honoured in a ceremony hosted by the Ministry for Pacific Peoples last night in Wellington.

The awards were presented to 11 exceptional young people across eight categories by Prime Minister Jacinda Ardern and the Minister for Pacific Peoples Aupito William Sio.

Twenty-year-old Massey University accounting student Tupou Veiogo won the Commercial and Corporate Award. Mr Veiogo received a Certificate of Excellence in Intermediate Financial Accounting in his second year of study. He was also given the opportunity to intern with Cotton Kelly Services, an audit firm in Palmerston North. He has been involved in supporting the Massey Pasifika Club Association as an executive, as well as contributing to its cultural events and festivals. With a keen interest in extending his audit skills and knowledge capacity, his goal is to become an accountant.

Engineering student Sela Tupou Patisepa Maka won the International Scholar Award. At only 20, Ms Patisepa Maka was the first recipient of the King Tupou VI Coronation Scholarship and received recognition from Ministry of Foreign Affairs and Trade as one of the top academic achievers in 2018. In her first year at Massey, Ms Patisepa Maka was part of a team who won the Creative Solutions Award for Wine New Zealand in her engineering project course. She was also selected as a summer intern by global engineering consultancy GHD in Palmerston North.

Currently a mentor at Massey University Pasifika Students Association, Ms Patisepa Maka hopes to inspire others through tutoring for the Amanaki STEM Academy. She joined Tonga Youth Leaders, a non-profit organisation focused on providing opportunities for the next generation of young leaders. Ms Patisepa Maka is working towards becoming a chartered process engineer. She also wishes to have direct involvement with the Pacific community by using her degree to find solutions and opportunities for Pasifika engineering-related issues. 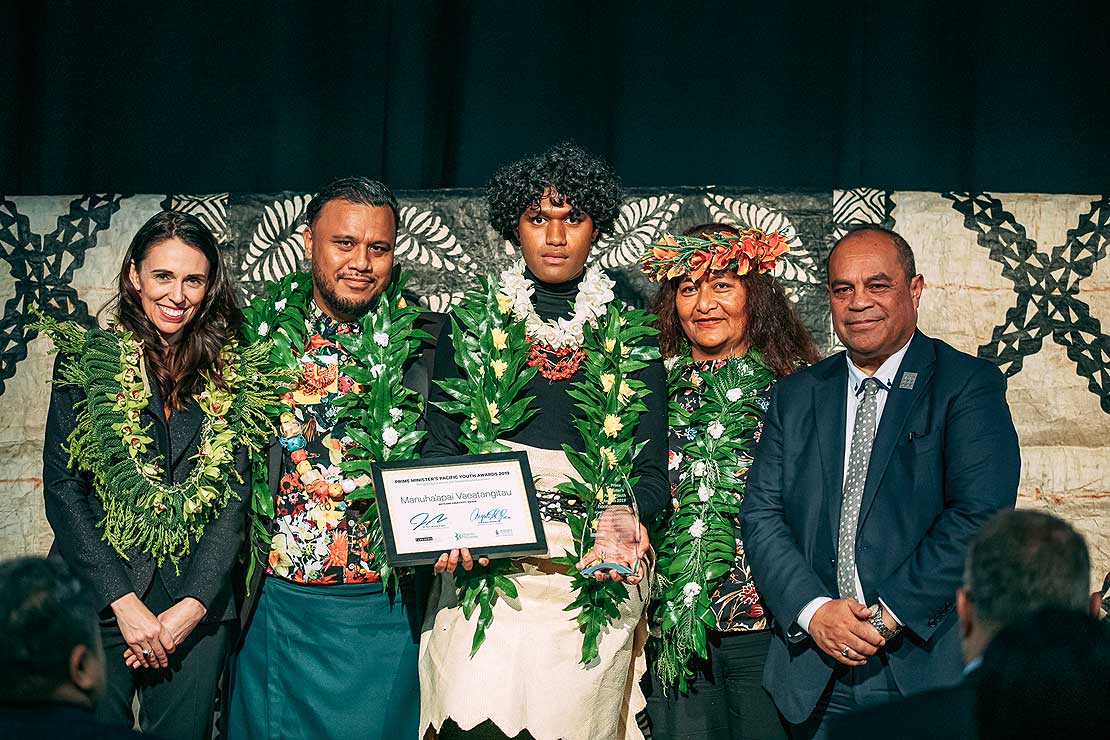 Toi Rauwhārangi, the College of Creative Arts, together with Creative New Zealand, sponsor the Arts and Creativity Award, which was given to 21-year-old Manuha’apai Vaeatangitau, from Auckland.

Mr Vaeatangitau, of Tongan descent, has been a valued member of the arts collective ‘FAFSWAG’ since 2016. Mr Vaeatangitau crafts spaces that encourage the safe exploration and dissection of our shared experience.

Through the collective, he has collaborated with many artists throughout the Pacific arts community and has opened discussion for re-instating queer Pacific identities, such as fakaleiti or faafafine, into their respective social and cultural canons. This has provided opportunities to exhibit and perform both nationally and internationally, most recently in Vevey, Switzerland. Mr Vaeatangitau hopes to one day become a lecturer and help other Pacific peoples, specifically those of the queer Pacific community.

Herbert Bartley, Toi Rauwhārangi’s Creative Director Pacific, says the winners are already exceptional leaders in their communities. "It’s a testament to these young people’s achievements to be recognised by Prime Minister Jacinda Ardern for their contributions to academia, community and arts,” he says.

“It’s wonderful to have young Pacific leaders like Tupou and Sela among our students at Massey and we are very proud of their achievements and contributions to Massey’s Pacific student community.”

The awards winners are part of a rising youthful Pacific population that is among the fastest growing in New Zealand with a median age of 22 years. 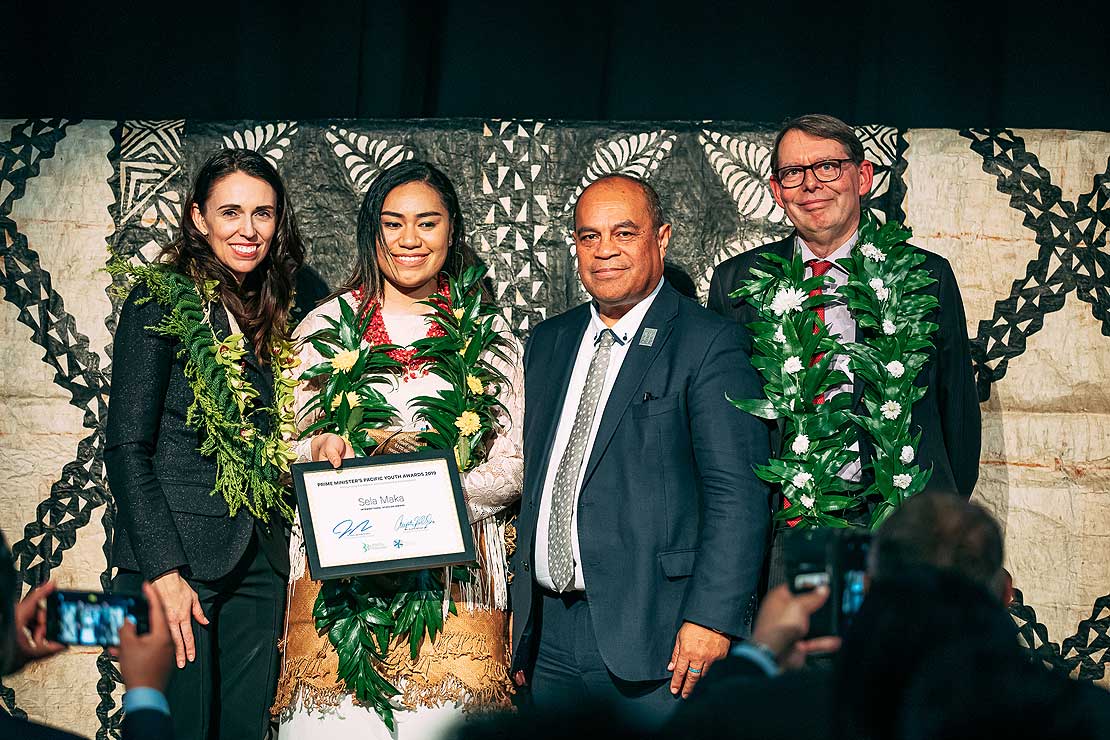 New era for Pasifika at Massey