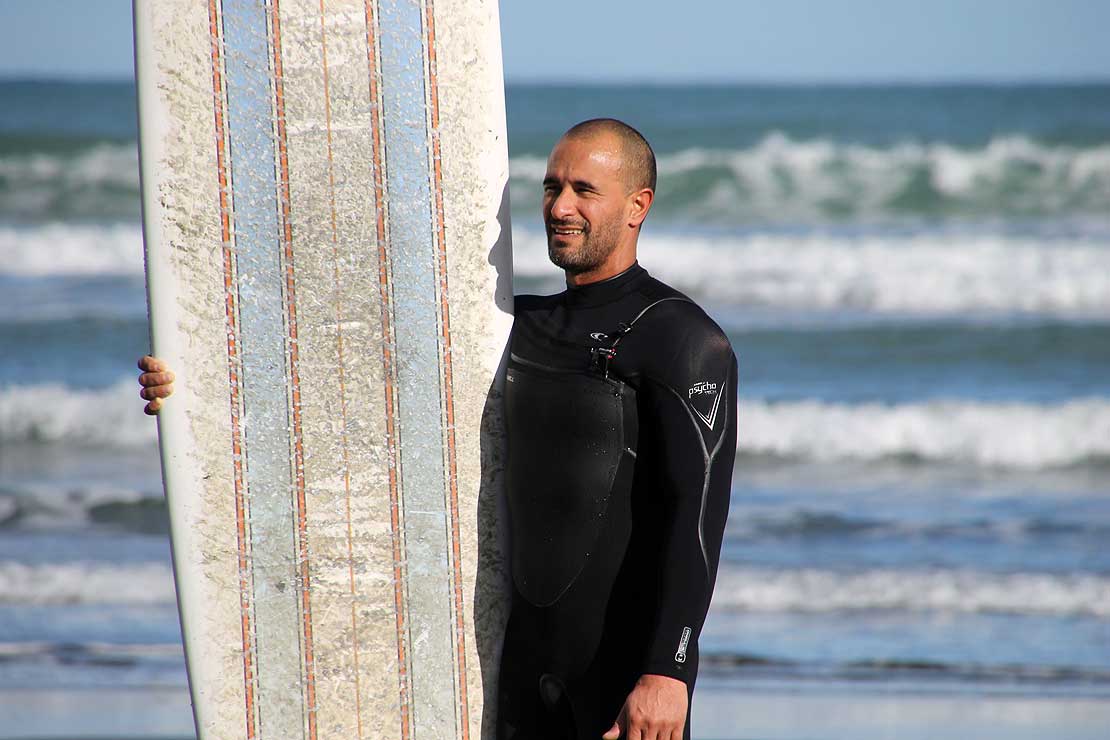 Surfing may be seen as a laid-back pastime but a Massey University researcher is looking to find out why some surfers erupt into what is called "surf rage" and what can be done about it.

Surf rage, and an associated phenomenon known as localism, arises when surfers, protective of their local surf, end up competing for waves with new comers and the conflict can boil over into acts of intimidation and even assault. Massey University kaupapa Māori psychology lecturer Jhan Gavala (Ngāti Kawau, Ngāti Ruamahue, Ngāi Tūpango) is an avid surfer and, having experienced the behaviour, he wants to find out what motivates surf rage.

“I’m keen to find out what psychological and cultural factors are associated with surf rage," Mr Gavala says. "By looking at how and why localism appears in surfing communities I might be able to get a greater understanding of surf rage and how to overcome such behaviour.”

“What sparks or leads to surf rage is an infraction of the protocols around surfing; for instance, dropping in on another surfer. Once, they might get a warning; twice, they get told to get out and then there’s aggressiveness. As a psychologist I want to look at the personal dispositions of surfers about what leads to people calling someone out of the surf break because the surf breaks are public space – no one owns them."

Mr Gavala’s PhD study will look at "localism" at major surf breaks around the New Zealand. He is keen to talk to a range of surfers about their experiences and what makes locals protective of their patch. “At those different surf breaks I’ll be in the surf among the surfers, I’ll be on the beach making observations of any incidents that I think would constitute surf rage or intimidation or general unfriendliness and I’ll see how people react in the car parks.”

Mr Gavala agrees some may think his research is just an excuse to go surfing but there is a serious side. “Along with understanding this complex human behaviour, I’m really interested in using surfing as an intervention to deal with all kinds of psychological challenges and stresses”.

His research will also look at the origins of Māori surfing and the possibility of rekindling the craft of Māori surf board-building as a therapy programme.