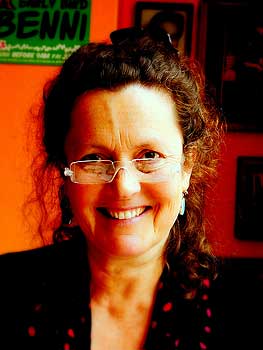 A new study on the socio-economic outcomes for people with spinal cord injury has found those not covered by ACC had their income drop by 45 per cent 30 months after the injury, whereas those who were covered maintained their income and standards of living.

The study, by Massey University and University of Otago researchers, recruited 118 people aged 16-64 from each of New Zealand’s two spinal units (Auckland and Burwood). There were 93 participants covered by ACC and 25 not covered. Participants were followed with interviews at six, 18 and 30 months after their injuries, from 2007-09.

Associate Professor Sarah Derrett, from Massey, says the research found that the non-ACC group were less likely to return to work, although this finding was not statistically significant. The non-ACC group were also more likely have insufficient household income to meet their everyday needs, such as accommodation, food and clothing.

“A key message from this research is that ACC performs very well in terms of both helping people return to work and preventing the downward spiral into poverty,” Dr Derrett says. "However, at present, the types of supports available to New Zealanders not covered and with the same level of impairment are unfair.”

The study’s principal investigator, Dr Martin Sullivan, from Massey’s School of Health and Social Services, says the findings highlight the importance of ACC in New Zealand. “The scheme is the envy of many other countries. Our findings provide strong support for the extension of the scheme to those with non-traumatic spinal cord injuries.”

In light of large surpluses from ACC last year it could be a good time to revisit the idea of extending ACC cover to those not currently eligible, he says. This would be in line with the principles of social equity as outlined in Sir Owen Woodhouse’s Report of the Royal Commission of Inquiry and which led to the establishment of ACC.

Professor Emeritus Charlotte Paul, from Otago, says given the relatively small number of New Zealanders who suffer spinal cord injuries each year, the idea of an initial trial to cover the small proportion who are not eligible for ACC would be a starting point for extending cover. “Such a trial extending ACC-type vocational rehabilitation and earnings-related compensation to those not currently covered, could then be evaluated to see how far ACC support can improve socioeconomic, health and work outcomes and get a better idea of costs," she says.

The results extend those from an earlier New Zealand study comparing socio-economic outcomes for those with injuries covered by ACC with a matched group who had strokes, which are not covered by ACC. Those who suffered strokes had a marked decrease in income and were also much less likely to have returned to work than the injury group covered by ACC.

The Longitudinal Study of the Life Histories of People with Spinal Cord Injury was funded by the Health Research Council of New Zealand.