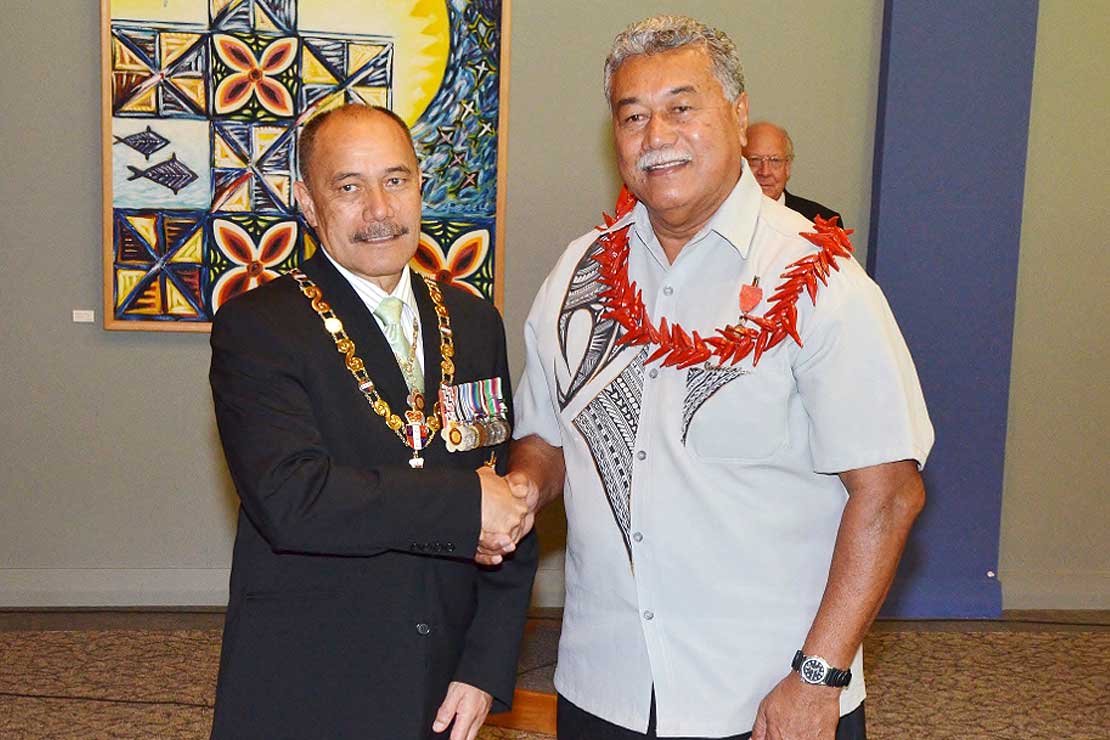 Three Massey University staff members named in the New Year’s Honours were awarded their insignia by Governor-General Sir Jerry Mateparae at investitures in Auckland and Wellington this month.

Associate Professor Kathryn Stowell was made an Officer of the New Zealand Order of Merit (ONZM) for services to the field of biomedical sciences at Government House, Wellington, on May 21.

Associate Professor Stowell completed her doctorate at Massey University before becoming a lecturer and then associate professor. Her work involves identifying and sequencing genetic variants for malignant hyperthermia.

World-leading sports psychologist and Massey Professor Emeritus Gary Hermansson, was made an Officer of the New Zealand Order of Merit (ONZM) for services to the field of sports psychology at Government House, Wellington, on Wednesday May 20.

Mr Ben Taufua was made a Member of the New Zealand Order of Merit for services to the Pacific Community in Auckland on Wednesday May 6.

Mr Taufua is the Project Manager for Pasifika at Massey University. He has been instrumental in creating scholarships for Pasifika people to train in disaster management – a subject of personal significance to him after losing relatives in the tsunami which struck Samoa in September 2009.

Massey Chancellor among those honoured on Queen’s Birthday list
The gene, the whaler, and 20 years of research
New Year Honours for Massey staff and alumni