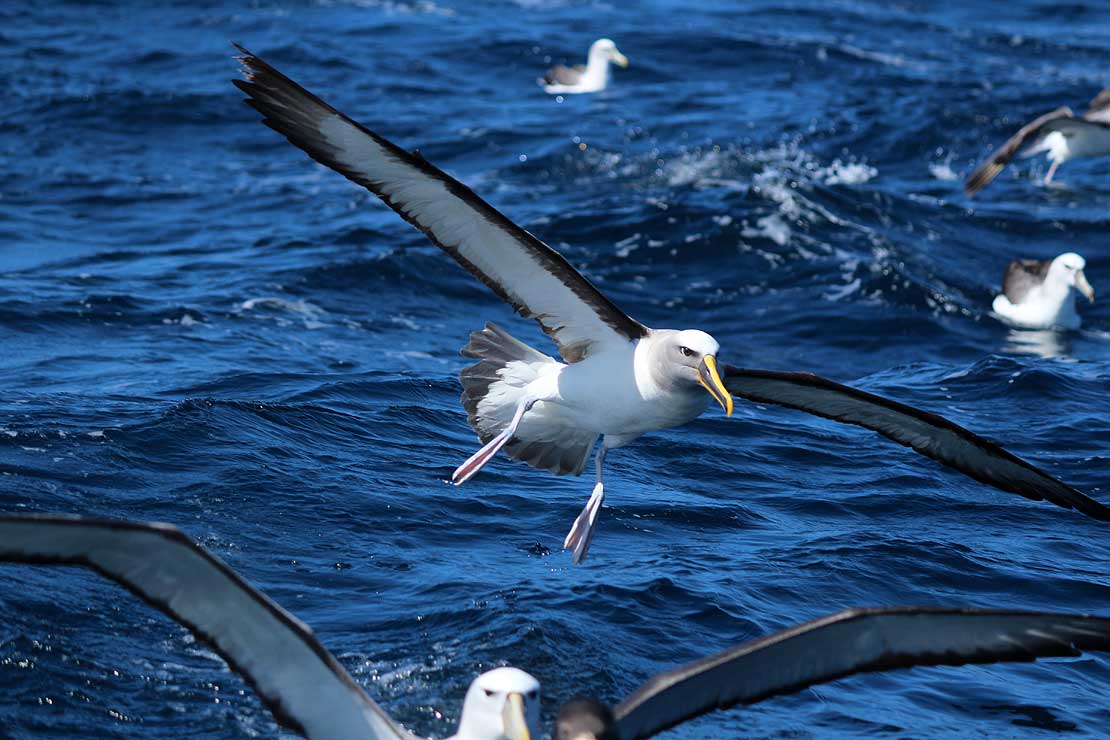 Deaths of albatross in the Southern-Hemisphere have been studied for the research paper.

Three veterinarians from Massey University’s Wildbase Hospital have been involved with a recent study that found single-use plastics are an underestimated but notable cause of albatross and fishery-related deaths in the Southern Hemisphere.

The study was a collaboration between New Zealand and Australian researchers from Wildbase Hospital, IMAS University in Tasmania, Wellington Zoo and The Queensland Department of Environment and Science. Massey vet Richelle Butcher co-authored the paper with support from Wildbase’s Dr Megan Jolly and Dr Stuart Hunter. The lead author Dr Lauren Roman is from IMAS University and The Commonwealth Scientific and Industrial Research Organisation and other co-authors included Baukje Lenting and Phil Kowalski, veterinarians at The Nest Te Kōhanga at Wellington Zoo.

The study, published in the journal Conservation Letters, is the first to estimate the frequency of plastic ingestion-related death in a seabird group across different ocean basins.

Ms Butcher says they were contacted by Dr Roman who wanted to use examples of plastic ingestion in albatross in Australia and New Zealand to demonstrate that ingestion is becoming more common and more of a threat to the endangered species.

“Lauren had seen a story on Facebook about a light-mantled sooty albatross at Wellington Zoo where I was based at the time as part of my residency rotation. I did the post mortem exam on this bird after it died in care, and found a rubber ring and small plastic fragments obstructing its small intestine.”

The researchers looked at 107 beach‐cast albatrosses from 12 species brought into wildlife hospitals and pathology services across Australia and New Zealand.

Ms Butcher and Dr Jolly contributed their findings on different cases, including one of a southern royal albatross which had swallowed a plastic bottle and was brought to Wildbase in 2019. The team also collated the Wildbase post mortem data base from 2001 to 2020 to see if there were any other cases of plastic ingestion.

Ms Butcher says birds brought into veterinary clinics are frequently emaciated with no obvious trauma, and plastic is often radiolucent, which means it may not be detected in x-rays.

“Because obstruction of the gastrointestinal tract prevents or slows nutrient absorption, it causes dehydration, weakness, lethargy and hypoglycaemia, even when the bird is fed. But dehydration often masks the signs of obstruction.”

Plastic ingestion can cause death to these endangered species, but it is often underreported she says.

Ms Butcher and her fellow researchers are now using these cases to encourage people to minimise their use of single-use plastics and says this study highlights the importance of continuing to consider this especially over holiday periods.