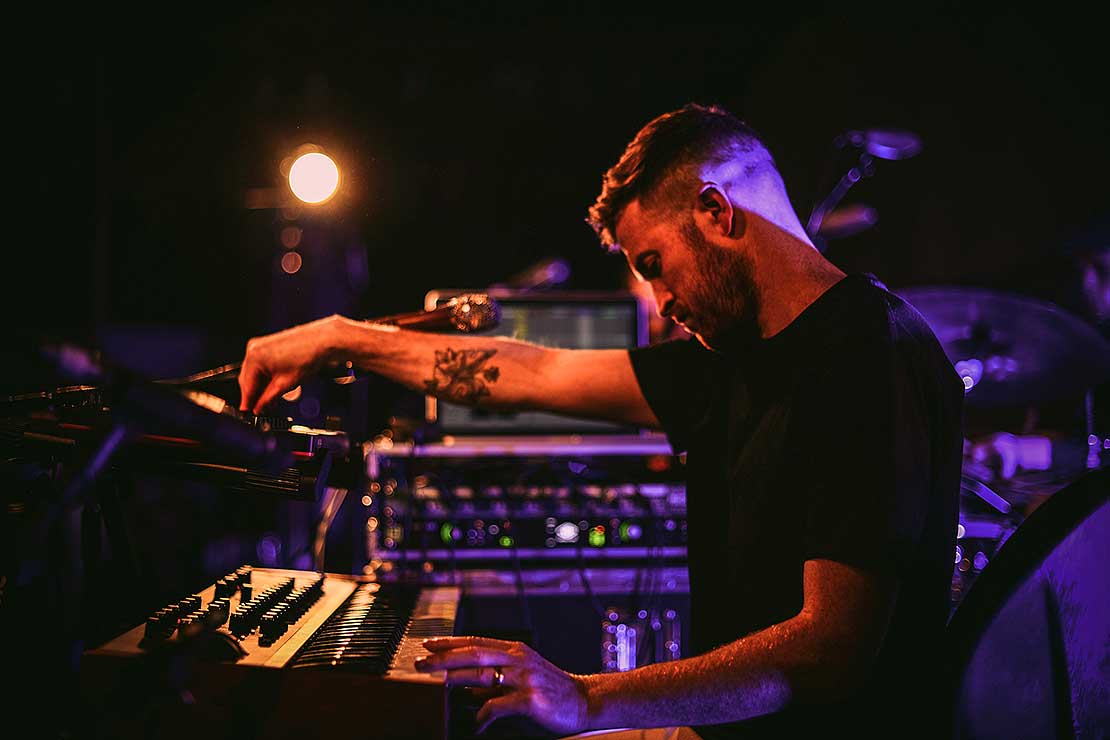 Devin Abrams, whose album The Stillness was nominated for three separate categories at the Vodafone New Zealand Music Awards

Mr Abrams from Wellington, has always been interested in the potential of technology to push creative boundaries in making music, as reflected in three nominations for his latest album, The Stillness. Mr Abrams was nominated for Best Producer and Best Music Video; the latter made by Sam Peacocke for the song Buried By The Burden featuring Louis Baker.

After leaving the band Shapeshifter last year, Mr Abrams completed his master’s degree in music production and, along with a team of musicians and industry players, became involved in helping to set up Massey University's new School of Music and Creative Media Production. He now shares his music industry experience and technology skills as a lecturer for the Bachelor of Commercial Music.

"In 20-30 years’ time, computers are going to do a huge amount of human's work," he says. "Today's young people can future-proof their careers in the music industry by engaging with and leading the development of cutting edge technology. The technology major teaches students how to design and build new technology. The students here are getting a holistic education that should equip them for careers in the music business.”

Using technology to create instruments and sounds can push ideas as far as they can go, he says. "You don't lose creativity through technology. If you are exploring it in the right way, it's a way to enhance and capture creativity.

"I am always excited about new music and new technology, but music is based on emotional currency. It doesn't matter what you do, if you are not doing something from the heart and soul, it doesn't mean anything. However, you can use technology to create something very warm and heartfelt."

Head of school Associate Professor Andre Ktori says Massey's degree responds to significant demand from the music and creative media industries. "The fused combination of creativity and technological innovation is driving new economic growth and will enable our graduates to compete in the new and emerging creative industries,” Mr Ktori says.