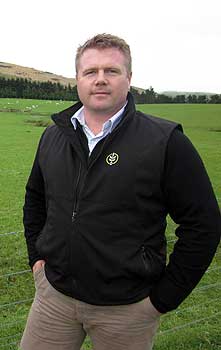 With all eyes on Brazil for the FIFA World Cup, New Zealand may lament the absence of the All Whites in the world’s biggest sporting competition. While we can’t compete with Brazil in football, we beat them hands down in milk production. But the question is: for how long?

Brazil has millions of hectares of unused land, an abundance of water, proven agricultural ability and a willingness to adopt the latest technology. It’s already the world’s fourth largest dairy producer – and it presents both a risk and an opportunity to New Zealand.

Rising capital and operating costs are causing New Zealand to lose its place as one of the world’s most cost-efficient milk producers.

Developing nations ­– such as Brazil and India, with their low labour costs and low land prices – are in a good position to capitalise on growing international demand for dairy products.

In Brazil, the low costs and the rapid adoption of modern production technologies have enabled the agricultural sector to become a major factor in the economy.

Brazilian businesses have been quick to adopt, for example, precision planting with the use of GPS systems and soil and climate analysis to generate the best returns.

Modelling used by Brazil’s sugar cane and soya bean producers to predict within a small margin of error how many tonnes of product can be produced per hectare has enabled farmers to target the use of fertilisers and irrigation to optimise production.

This leaves commodity pricing as the one variable beyond their control, though this is also the one which has the largest impact on end-of-year results.

Brazil has the natural resources to dwarf most competitor exporters in any field it wishes to focus its efforts – and with  the adoption of modern technologies it only takes about a decade for fledgling agricultural industries to become world-leading exporters.

Luckily for New Zealand, this agricultural giant hasn’t focused its efforts on the international dairy market – yet.

But within Brazil there is a rapidly increasing demand for dairy products driven by a fast-growing middle class of more than 100 million people who are also demanding improvements in the quality of their food products.

Development within the sector, encouraged by demands of the domestic market, could prepare this not insubstantial dairy industry to become a major dairy exporter in a relatively short timeframe.

Though improvements in production and processing are still required, Brazil’s proven willingness to adopt the latest technologies suggest it is only a matter of time before this happens.

Brazil’s dairy industry already produces 50 per cent more milk than New Zealand, with more than 1.3 million farmers. It is possible the large numbers of small farmers could consolidate to generate efficiencies of scale and economic advantage.

The country has 100 million hectares of unutilised land which is suitable for pastoral or arable farming – and a further 200 million mostly under-utilised hectares in beef production.

As international demand for dairy produce is expected to continue growing, along with global population growth and a growing global middle class, more players in the market could generate greater competition for Fonterra, especially in places like China where Brazil already markets other products.

In Brazil, the average yearly milk production per cow is about a third of that in New Zealand. This is indicative, among other things, of the lack of genetic merit in the national herd and the limited scope of any dairy cow breeding programme.

That low production figure is an opportunity for New Zealand. Agribusinesses with expertise in animal breeding, forage production and pasture/feed management could add substantial value to farmers in Brazil.

There may also be opportunities for investment in dairying businesses – Brazil offers an excellent opportunity for New Zealand dairy farmers to diversify their investments while sticking to the industry they know.  A number of New Zealand farmers are already investing, or looking to invest, in the Brazilian dairy industry, paving the way for others to follow.

The cost of developing a pastoral-based irrigated dairy farm in Brazil is about NZ$5,000 per cow including land, stock, plant and working capital, which is about a third of the cost of a New Zealand dairy farm including stock and Fonterra shares.

Brazil’s existing pastoral dairy farms developed by New Zealanders in the tropical regions can generate 4,000kg of milk solids per hectare.  The combination of low capital cost and high productivity mean it is possible to achieve a 20 to 30 per cent return on a dairy farming investment in Brazil.

In fact, investing in the inevitable development and growth of the Brazilian dairy industry is possibly the best insurance against the risk that same industry poses to dairying in New Zealand.

Shaun Neeley is a Massey University MBA student and former dairy farmer. He researched the Brazilian dairy industry while on a two-week study tour as a part of his MBA studies.