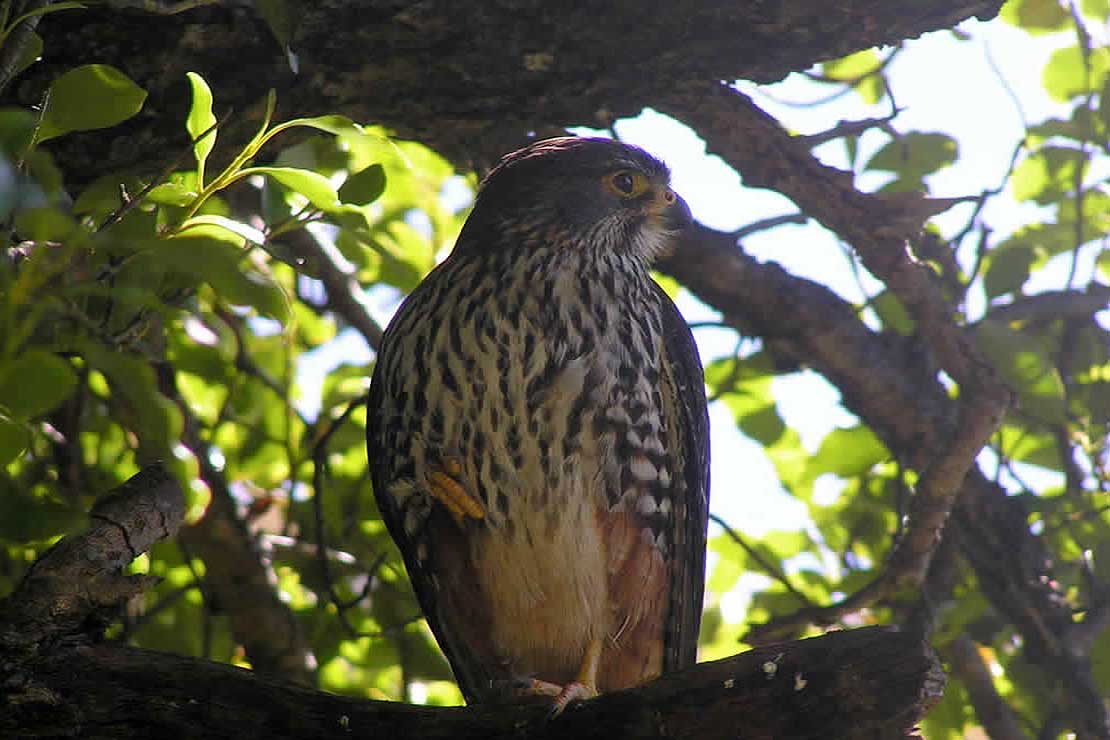 Kārearea perched in a tree.

The kārearea is the only surviving endemic raptor species in New Zealand and is found in the North and South Islands, as well as the Auckland islands. It has emerged that there are two subspecies and the boundary between the two distinct lineages coincides closely with the Cook Strait.

Professor Trewick of the Institute of Agriculture and Environment says, “kārearea vary considerably in size and colouration, over and above the differences between the males and females that are typical of raptors, and this variability has caused confusion since its earliest observation in the 1870s. Differences in size and other attributes among spatially separated populations could represent adaptation to local conditions and by recognising two distinct subspecies in kārearea, we will be able to identify the patterns of diversity within the species and understand the distinct evolutionary ecology of each.” 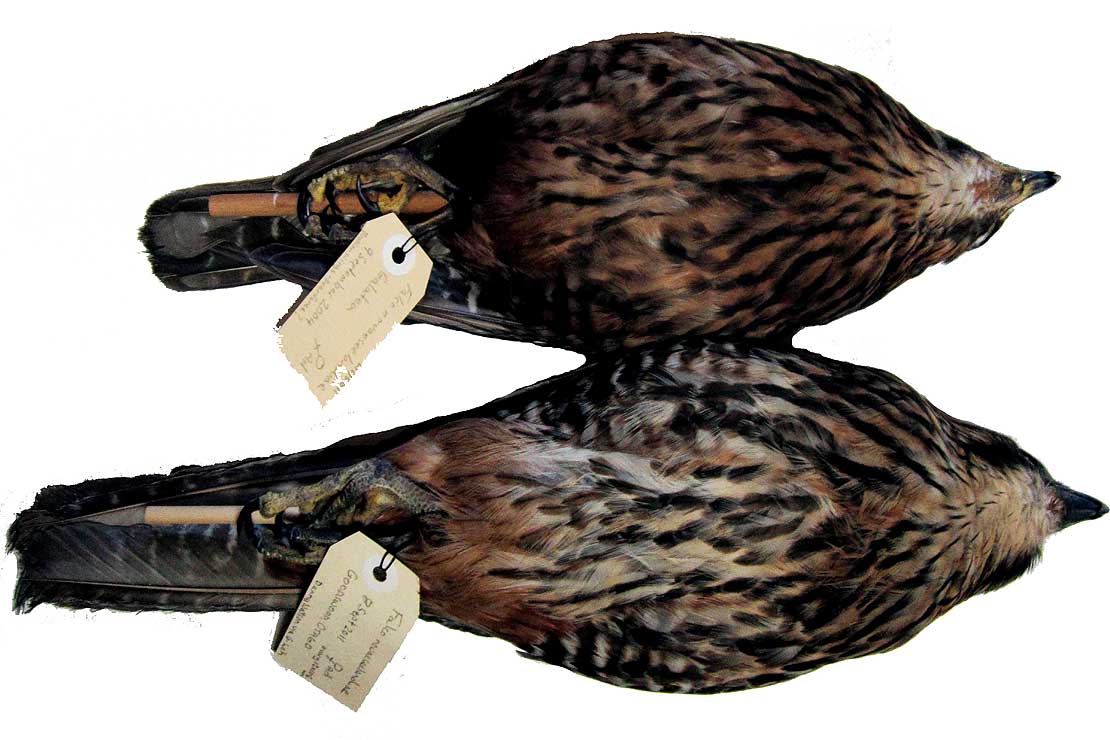 Kārearea use many habitats including bush, coastline and estuary, open tussock land, farmland and exotic pine plantations throughout New Zealand, but are absent from the Far North. Southern falcons associated more with open habitats, while northern falcons are strongly associated with native forests.

“Remarkably the boundary between the size clusters coincides closely with the Cook Strait, which is a geologically young feature of the New Zealand environment.

“This finding supports an informal conservation management strategy to avoid translocation and crossbreeding in captivity of falcons from the two islands,” says Professor Trewick.

The Department of Conservation estimates there are between 5,000 and 8,000 kārearea left, but this number is uncertain. Major threats have come from habitat change associated with expansion of pastureland but falcons do survive in some rural environments and make use of introduced bird species as prey. Predation by introduced mammal pests including cats is a problem, as is competition for resources. kārearea continue to be persecuted by people in some parts of New Zealand. Falcons can however do well in exotic pine plantations and this is the subject of current research at Massey University.

The Department of Conservation supported this work through assistance with sampling and provision of a grant from the Taxonomic Units Fund.

The paper is available online here.