Opinion: Education can stop the unthinkable 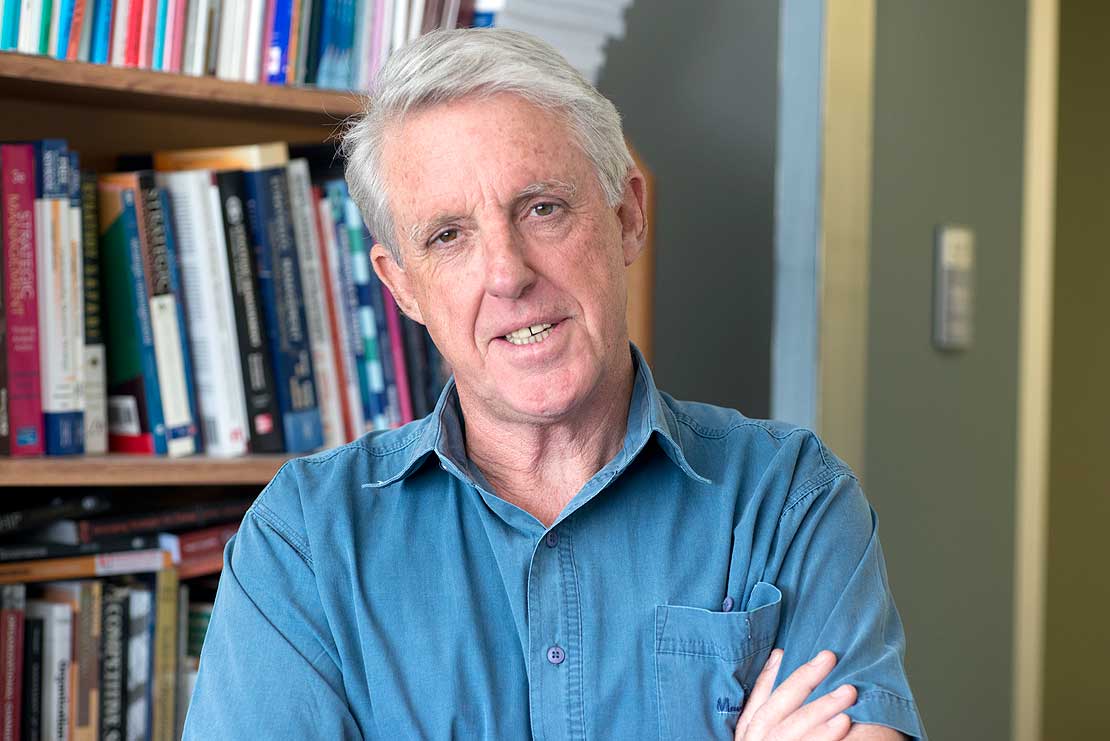 The Productivity Commission is two months away from delivering its draft report on the future of higher education in New Zealand. Its inquiry into new models of tertiary education aims to find ways of achieving better economic outcomes from New Zealand’s investment in the sector. This should be put into the context of ambitions to turn the ‘education industry’ into a million-dollar enterprise – but there is also a larger context.

Environmentalist David Orr says education systems are how we shape future generations to think about the world. Sadly, education per se is no guarantee of decency, prudence, or wisdom. As Orr points out, the destruction of the natural world to date has not been the work of ignorant people. It has been, largely, the result of the work of educated people. What kind of education do we need?

There are dots to be joined here. Donald Trump in the United States, xenophobia in Europe, the brutality of detention centres in Australia – these are the end result of an authoritarianism that will not tolerate dissent. We see the same thing in corporate malfeasance and government corruption. And now we can see it shaping education.

Meaningful education entails critique, reflexivity and conversation; when education is cast in terms of the management of provision and performance, it is rendered meaningless. As our education becomes more managed, more ‘effective’ in economic terms, it offers less and less of a barrier to barbarity. Today my students want to be efficient consumers and they want me to be an efficient courier. Under the pressure of productivity, education is turned into making sure the vending machine always works.

Elie Wiesel, the Jewish writer, educator, political activist and Holocaust survivor who died last week, pointed out that the designers and perpetrators of the Holocaust were the heirs of Kant and Goethe. In many respects the Germans were the best educated people on Earth, but their education did not serve as an adequate barrier to barbarity because it was education of a certain kind. In Wiesel's words: "It emphasised theories instead of values, concepts rather than human beings, abstraction rather than consciousness, answers instead of questions, ideology and efficiency rather than conscience."

A clear line can be drawn from these observations to the new vocabulary of competence –‘skills’, ‘outcomes’, ‘capability’, ‘enterprise’ – that we use to talk about educational outcomes. These not only displace an older vocabulary of ‘understanding’, ‘critique’ and ‘wisdom, but they reshape our intellectual landscape and make it difficult to keep in sight what is being lost.

Ronald Barnett, Emeritus Professor of Higher Education at the Institute of Education, London is clear about the impact: “The capacities lighted upon are those intended to improve economic competitiveness; other kinds of capabilities and virtues that might promote a different kind of society – friendship, altruism, ethical concern, carefulness, generosity and a myriad others are entirely neglected.”

This affects students and educators. As an educator I constantly have to battle to ensure my values are not drowned by theories of production, that I stay focused on and conscious of human beings – actual, real students – rather than the abstraction of a customer, that I champion the quality of questions rather than getting the right answer, and that I insist on cultivating conscience rather than developing ideology and promoting efficiency.

The tragedy is, I have to do this against the grain of current educational policy. The core of my work is increasingly regulated and buried under auditing regimes. The people administering the regulations and audit regimes are not stupid. They are invariably helpful and often frustrated themselves. However, they do not dwell on the stupidity of the system and contest. They administer it. And ‘it’ is a constant triumph of form over content, of appearance over substance, of efficiency over conscience. The form must be filled and filed.

In her famous book about Nazi war criminal Adolf Eichmann, political philosopher Hannah Arendt coined the term ‘banality of evil’ to describe the tendency of people to obey orders without critical evaluation. She pointed out that Eichmann did not want to think about the nature of his work – he just wanted to get on with the job and his job was organising transport. And as we know, he was very efficient. We know, because the forms were properly filled and the process was well-audited. Job done.

Education is a constant struggle against the banality of evil. To educate is to insist on thinking. It cultivates the capacity to contest. While it seems unthinkable that horrors such as the holocaust could ever take root here in New Zealand, it was also unthinkable in Germany in the 1930s. If we are going to fashion higher education policy here today along the fault lines identified by Wiesel in Germany preceding World War II, then perhaps it is not as unthinkable as we think.

Dr Damian Ruth is a senior lecturer in Massey University’s School of Management.