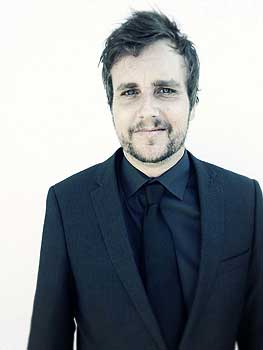 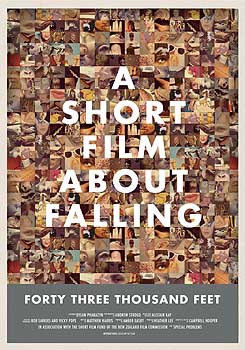 A short film about a statistician who gets sucked out of a plane will premiere at a prestigious New York festival next week as its writer crosses the stage to receive his PhD at Massey University’s Albany graduation ceremony.

The nine-minute film, entitled 43,000 Feet will premiere at the Tribeca Film Festival in New York.

Matthew Harris, who will receive his PhD in English on Thursday, says the setting of his film provides a dramatic context for its protagonist (played by Dylan Pharazyn) to ruminate on the meanings and measures of time as he is about to run out of it.

“The idea for the framing story came from hearing about the miraculous survival of a New York window washer called Alcides Moreno, who fell from an apartment building, 47 storeys into an alleyway,” Mr Harris says. “But the falling scenario really acts a vehicle for the protagonist to ramble about how he thinks there's no such thing as the present or the future - they're empty concepts”.

His film (directed by Campbell Hooper and produced by Heather Lee and Amber Easby) is one of two New Zealand short films selected from more than 2800 submissions from 25 countries, and will be screened as well as part of the festival competition. The other is Whakatiki, written by Bernadette Murphy.

43.000 Feet is a mix of live action and animation, with interior monologue voiced by Peter Bryant to convey the thoughts of statistician John Wilkins as he falls to Earth. He calculates he has exactly three minutes and 48 seconds before impact, formulating a plan for hitting the ground and rehearsing what he will say to media on the off-chance he survives.

The film – Mr Harris’ first – received a grant of $90,000 from the New Zealand Film Commission towards its final budget and took a year to make. It will screen in New Zealand later this year.

“The live action parts were filmed in and around Auckland central, and we had to use a training fuselage for the interior aircraft shots - obviously major airlines aren't keen on giving their planes a starring role in a film which features an air disaster,” he says.

Mr Harris teaches and tutors in the School of English and Media Studies at the University’s Albany campus, where he was nominated for Lecturer of the Year in 2010. His writing has been published widely, from academic articles in Landfall to creative writing in Poetry New Zealand, Trout, Southern Ocean Review, Kokako, and many others.  His second short film, Snooze:Time, has just gone into production and stars iconic British-Kiwi actress Lisa Harrow.

“It's about the different kinds of time we experience: from the agonisingly slow (morning-after-time, microwave-time) to the truly chaotic (such as the contradictory-time of old age, when the days seem to crawl by but Christmas comes around faster each year).”

The Tribeca Film Festival was established in 2003 by a group of New York filmmakers, including Robert De Niro, in the aftermath of the September 11, 2001 terror attacks on the World Trade Centre. Its purpose was to address the loss of vitality in the TriBeCa neighbourhood in Lower Manhattan. The festival programme includes a line-up of independent films, from documentaries to short films, and draws an estimated three million people. Works entered in the short film category are eligible for cash and value-in-kind prizes totalling more than$10,000 and the winner of the Best Narrative Short award will qualify for consideration in the Academy Awards’ short film category.

Mr Harris says he is really pleased his film is debuting on America’s East Coast. “It's definitely the kind of film that will appeal more to the slightly neurotic New York temperament than the bling and bluster of the West Coast. It's a great fit."