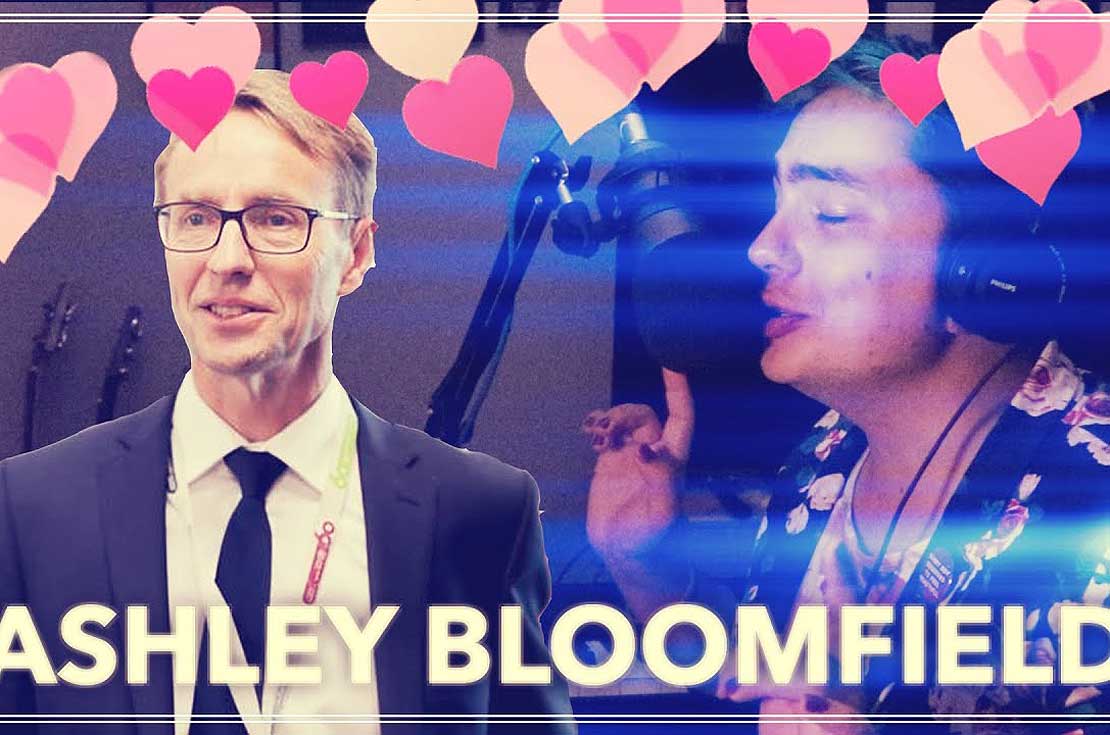 The popularity of Director General of Health, Dr Ashley Bloomfield, is the theme of the first in a new linguistics podcast. 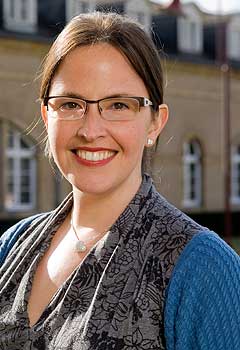 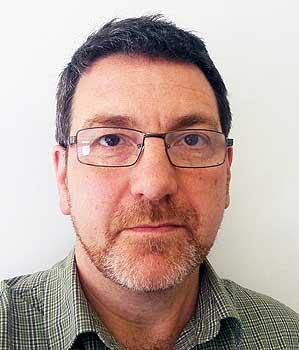 
A new podcast challenges the idea that linguists inhabit a niche area of scholarship far-removed from everyday concerns.

Launched recently by Dr Tony Fisher and Dr Julia de Bres, from Massey’s School of Humanities, Media and Creative Communication, the podcast aims to connect a wider audience to fascinating insights from the world of linguistics. Dr Fisher says the podcast idea came about came from “a desire to communicate to our students and the wider public what linguistics is and its relevance in real world contexts beyond academia. It’s about ways of thinking and communicating about particular phenomena in the social world,” says Dr Fisher.

They want to help their students and general public gain a deeper appreciation of how language works on us in ways we may not be aware of. “Discourse is about language use beyond the sentence,” says Dr de Bres. “It opens up doors to look at all kinds of things – metaphor and semantics, labellng and naming practices.”

The first episode focuses on a paper written by Dr de Bres and Dr Shelley Dawson of Victoria University of Wellington, sparked when Dr de Bres, who specialises in sociolinguistics, found herself perplexed and fascinated during lockdown by the phenomenon that turned the humble, mild-mannered and self-effacing Director General of Health, Dr Ashley Bloomfield, into a cult figure. His daily one o’clock pandemic briefings had much of the nation besotted and led to what linguists call a “discursive fervour.” If anyone could explain why Dr Bloomfield became a heart-throb, it was a linguist, although Dr de Bres admits she did not succumb to the fervour herself.

The episode features a song by Maxwell Apse, in which he gushes about Dr Bloomfield, titled This One’s For You. Drs de Bres and Dawson share their thoughts in an informal conversation with Dr Fisher on why so many Kiwis went wild about the bespectacled public servant.

“What was this commodification of Ashley Bloomfield? When someones starts being commercialised to this extent, it’s not about him as a person,” says Dr de Bres.

Her reading of the array of tribute songs as well as t-shirts, tea towels, mugs, coasters, face masks and earrings sporting Dr Bloomfield’s face is that he fulfilled a collective need for a reassuring “father figure” in a time of unprecedented uncertainty and fear. She and Dr Dawson identified six personas – superhero, love interest or sex symbol, national treasure, saviour, saint, and authority figure. Interestingly, they noted that his modest manner contrasts with conventional (normative) ideas of masculinity, with love songs to Dr Bloomfield recorded by people of all gender and sexual persuasions.

“In the song, you might have someone getting hot and heavy in the lyrics about Ashely Bloomfield, then being filmed rolling around on a bed with the national flag,” says Dr de Bres, who was struck by one example of merchandise labelling Dr Bloomfield as “curve crusher” in reference to the media graph curve describing COVID-19 cases. As a fund-raiser for Women’s Refuge, she pondered whether the language was suitable, combining the word ‘curve’ (and its feminine connotations) with the violent implications of “crusher” and an aggressive-looking image of Dr Bloomfield. However, she acknowledges that it was not intended or received in a negative way, but wants to highlight that language choices do matter because of the layered meanings they can convey.

And perhaps there is a particular Kiwi element to the Ashley Bloomfield phenomena too? “You have the glorification of an apparently average guy,” says Dr de Bres. “His approach is so low-key – one journo noted there wasn’t even a fist pump when he scored a try in a parliamentary rugby game. We don’t like people to be too elevated!”

There is no escaping intellectual jargon and concepts that linguistics is built on. But the podcast creators reassure their audience that their appreciation of humour can co-exist with earnest “discourse analysis” – which is about “analyzing how people use language to achieve particular goals and to represent the world in particular, often motivated ways,” says Dr Fisher.

They say we are all potential armchair linguists because we are endlessly immersed in trying to make sense of language in all its forms, formats and contexts – from spoken conversation to social media or the visuals, slogans and signage of marketing, entertainment and, currently, political campaigning.

They hope the podcast series will help to break through any barriers created by scholarly terminology so that “everyone can benefit from a little bit of linguistics knowledge,” says Dr Fisher. “What we are talking about is not an exclusive thing – everybody has an investment in language. It’s about everyday things we all experience  – not exotic, sub-atomic particles.”

Linguists at Massey cover a wide range, from descriptive/technical linguistics (vowel use, syntax, morphology) to sociolinguistics and discourse analysis – how language is used in society and to what ends. Forensic linguistics is concerned with the language of legal and criminal worlds – from de-coding ransom notes and phone calls to shedding light on how people’s accents may get used against them in court.

Drs Fisher and de Bres hope their monthly podcasts will entertain and enlighten those interested in or new to linguistics. Paying attention to language – as many linguistics students discover – is “like flicking a switch on – suddenly you start noticing these linguistic phenomena all around you,” says Dr Fisher, a former journalist in the UK who discovered linguistics through teaching English as a second language in Japan. He sees the discipline as a form of “scholarly activism” for the way it critiques language use and its subtle or damaging impacts – from political messaging to racist jokes or sexist comments.

The next podcast is an interview with acclaimed New Zealand singer songwriter Don McGlashan, talking about his experience of having one of his songs – ‘Bathe in the River’ – translated into te reo.

Click here to listen to the first podcast on Podbean.

Opinion: Tourism in the Pacific: what’s behind the smile?