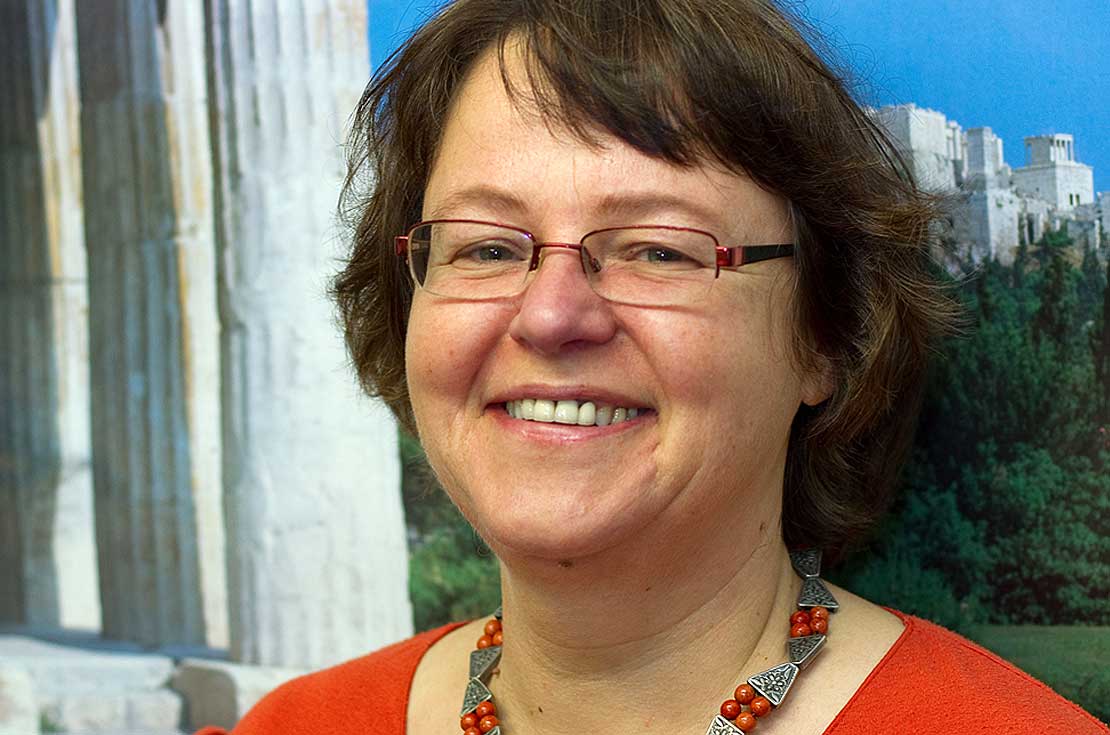 She is working with the Palmerston North City Library on the Proverbs Project to collect, celebrate and showcase proverbs from Māori, English and the numerous migrant cultures of the city. And she hopes people will come forward with the proverbs they know and have grown up with, or remembered from their home country, and most importantly, those that resonate.

Dr Salapata, who is from Greece and has been fascinated by proverbs for a long time, says; “proverbs provide a valuable window to a culture as they reveal specific attitudes and beliefs. They also highlight the common threads between cultures and express the human condition in general.”

What’s more, they can be fun, simple to understand and yet packed with truth, meaning and helpful advice that is applicable across generations and geographies, she says.

She came up with the idea for the project when she returned to Greece two years ago and was handed a list of 700 Greek proverbs her mother had collected, some even dating back to Ancient Greece. She says there are over 1000 Greek proverbs, many of them used in everyday life.

Dr Salapata, who teaches in the School of Humanities, says once enough proverbs have been collected, the project will culminate in a series of public activities, such as discussions, readings and an exhibition of proverbs, creative writing and illustrations based on proverbs.

She hopes schools will get involved too, as well as staff and students at Massey University from countries around the world.

The project has also got her thinking about New Zealand proverbs, or the lack thereof. While Māori language is rich with proverbs (whakataukī) (for example, the kumara never talks about how sweet it is), and we have inherited plenty from our British and European ancestry, as well as created a range of Kiwi vernacular expressions – she’ll be right, sweet as, choc-a-block, good as gold – we don't seem to have any home-grown proverbs in English. Or do we? Dr Salapata is keen to hear from anyone who has some examples.

Proverbs, by definition, are short, well-known, pithy sayings, stating a general truth or piece of advice. “They have rhythm and meter and often contain metaphors,” says Dr Salapata. “They’re like little poems – they’re nice to say.”

An example of a Greek proverb she has submitted to the project – “because I just happened to use it in an appropriate situation a couple of weeks ago” – is: Even a saint responds to threats (meaning that sometimes to achieve a goal you may need to use threats because even a person in a powerful position – including a supernatural being – will likely respond when threatened).

A couple of her favourite Greek proverbs are: The tongue breaks bone though itself has none (an English parallel is: The pen is mightier than the sword); and The donkey called the rooster big-headed (which is similar to The pot calling the kettle black, or the expression: Look who's talking).

And an Ancient Greek proverb still used today: Along with (the goddess) Athena, move also your hand. (English equivalent: Heaven help those who help themselves).

The motto for the Proverbs Project is: A conversation without proverbs is like stew without salt (Ethiopia).

To submit a proverb click here. All entrants will go into a draw to win small prizes from local businesses, including ethnic restaurants.