Institute of Veterinary, Animal and Biomedical Sciences student Hayley Hunt took out the top prize for the doctoral category in the 3MT contest.

She is investigating a rare disease in hunting dogs called Go Slow. The disease affects the dogs’ ability to walk by altering the mitochondria (energy-producing structures within cells), so that their muscles are no longer able to contract. She says the likely cause of the disease is dogs eating wild pig meat that has been poisoned when the pig eats particular plants. She is currently searching for “a needle in several haystacks” as she tries to identify which plant and toxin may be tainting the pig meat.

She was one of seven doctoral and four masterate finalists from the university's Auckland, Manawatū and Wellington campuses competing for the top prize at the finals held at the Manawatū campus on Tuesday.

Psychological resilience in people with blood cancer, antibiotic resistance, unravelling the mysteries of the intestine, and getting students to go outdoors were among the theses topics of her rivals.

The competition requires students to present their research to a lay audience with only a single PowerPoint slide for assistance – all in three minutes. Runners up and People's Choice winners

Runner-up and People’s Choice Award winner was Eva Maier, from the Riddet Institute. Ms Maier has developed a specialised model of the human gut that creates two distinct environments for both gut tissue and a bacteria called F. prausnitzii to grow. She will use this model to understand how bacteria can “leak” through the gut tissue to cause disorders such as irritable bowel disorder.

Auckland-based psychology student Hannah Young won the masterate section with her presentation on a study on the near-death experiences of Māori. She wants to establish whether Māori experiences of the phenomena have unique cultural characteristics, or reflect universal patterns. She also won the People’s Choice for her category.

Ms Hunt will travel to the University of Queensland in October to compete in the trans-Tasman final of the Three-Minute Thesis competition.

Three-Minute Thesis was developed by the University of Queensland as an exercise to develop academic, presentation and research communication skills. Massey has been participating in the competition since 2010. 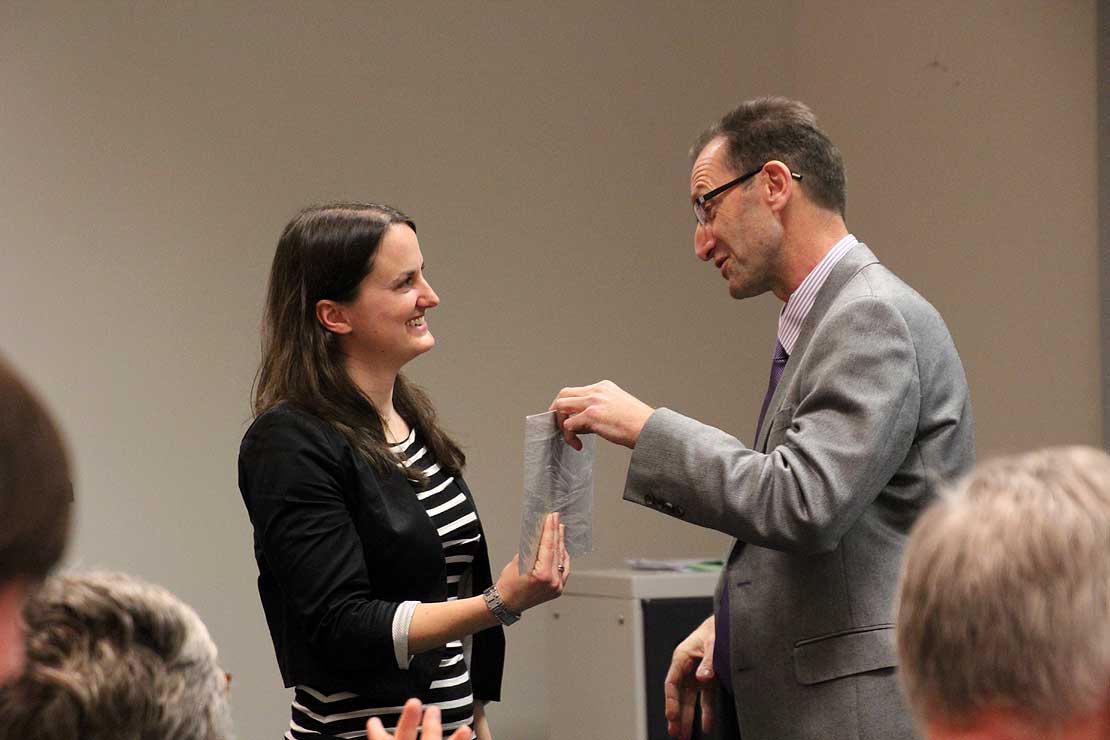 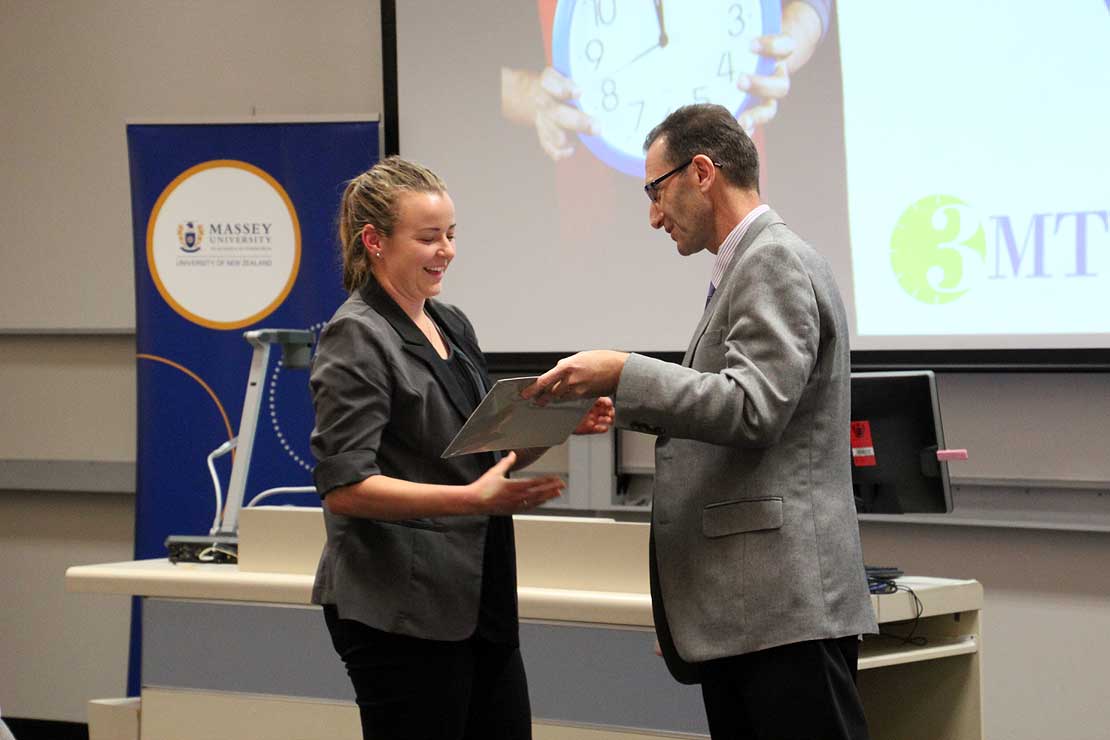