Home > About Massey > News > Is my chair real, and other philosophical quandaries 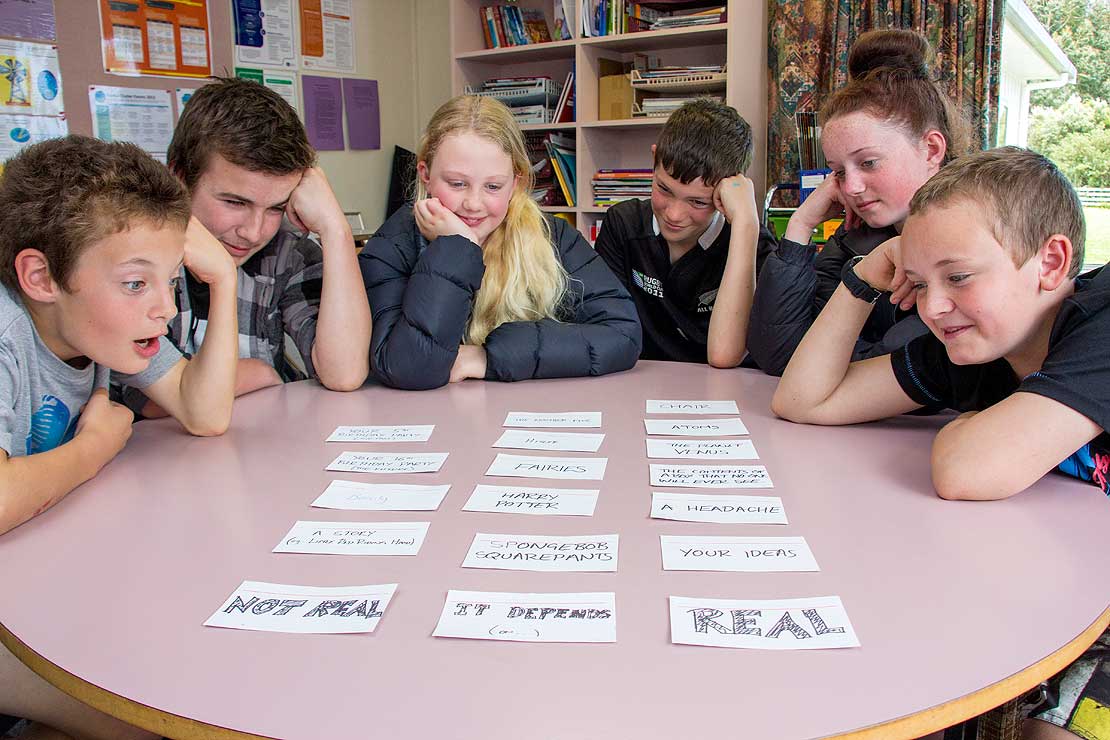 Is my chair real, and other philosophical quandaries 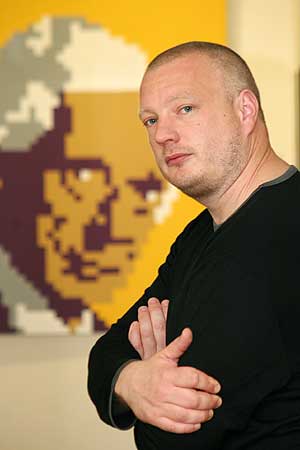 Is your chair real? What about fairies and Harry Potter? Philosophical discussions on the nature of reality are not typical primary school fare, but for a group of Year Seven and Eight pupils they are a highlight of the week.

Massey University philosopher Associate Professor Bill Fish has been taking weekly classes at Hiwinui School near Palmerston North for the past seven years. He is keen to see the subject made more widely available across New Zealand schools because of the core skills in critical thinking and reasoning it teaches.

Around six children are selected for the six-week extension programme to hone their thinking skills through exploring topics such as fairness, responsibility, bravery, bullying, freedom, existence and – the ultimate philosophical quandary – how do we know what is real?

Dr Fish, who researches and publishes on the philosophical theories of perception and consciousness, uses flash cards to prompt discussions about issues and ideas, encouraging children to “think hard and carefully, and give everything due consideration. And that’s pretty much what I do at university”, he says.

The process of fostering critical thinking is valuable for children at any age and stage of learning, he says.

“At this level, I’m not really trying to teach the kids anything at all. I’m just trying to give them the opportunity to think deeply about issues that are of interest to them, in the kind of safe environment where there is no fear of being wrong.”

In class the junior philosophers focus on topics they can relate to, such as ‘friendship’ and what that means in different contexts such as in the classroom, playground or on Facebook.

“The way this works is, typically, that we take a key concept for the week. Last week we did bravery – and I prepare a bunch of cards with scenarios written on them. The kids have to discuss whether these scenarios fall under the concept and count as an instance of bravery or not. The idea is to get them to isolate and discuss different aspects of what it is to be brave.”

Scenarios and the discussion points include; “Going down a flying fox if it doesn’t scare you – is it only brave to do something if you’re afraid to do it? Does that mean that someone who is a scaredy-cat counts as braver than someone who is fearless? Or, fighting a bully when there’s no chance of winning – can it be brave to attempt something when failure is certain?”

Today’s theme is ‘reality’. “I’ll start by asking them ‘are chairs real?’ What does it mean to be real – is it only things we can see, touch and feel? What about atoms – we can’t see or touch them so are they real?”

“The hope is that, by the end of the sessions, they will have come to see that, often, things are not always as simple as they seem, and that by thinking carefully about issues – by exploring beneath the surface, and the obviousness – we come to understand and appreciate things in a different, deeper, way.

“They also learn other useful skills like: listening to and understanding others, expressing themselves clearly, drawing useful distinctions, being able to illustrate difficult ideas with examples”, he says. “I just try and keep them on track and make sure they don’t talk over each other too much. All of the thinking and reasoning is done by them. Essentially, I just try to make it fun and enjoyable”.

Hiwinui School principal Brenda Leigh says the philosophy classes provide a fascinating challenge for the pupils.  She says there are “many misconceptions about the word ‘philosophy’ and what it means. For us, it’s about opening the children’s minds and getting them to think critically. It can help them in other ways too, like being more fluent with words and creative with their ideas.”

Dr Fish, who began the classes when his own children started at the school, agrees. Contrary to popular notions, philosophy is not an obscure esoteric subject disconnected from reality. “It can help connect us better to reality because we are able to think clearly and make sense of things”.

While most primary-aged kids are not au fait with Plato and Descartes, he points out that teaching philosophy to schoolchildren is not a new thing. An organisation called Philosophy for Children New Zealand offers training and resources, and the New Zealand Association for Philosophy Teachers supports philosophy classes at secondary level. Massey also offers a Philosophy for Children summer school paper as an introduction to the history, theory and practice of encouraging children to think philosophically.