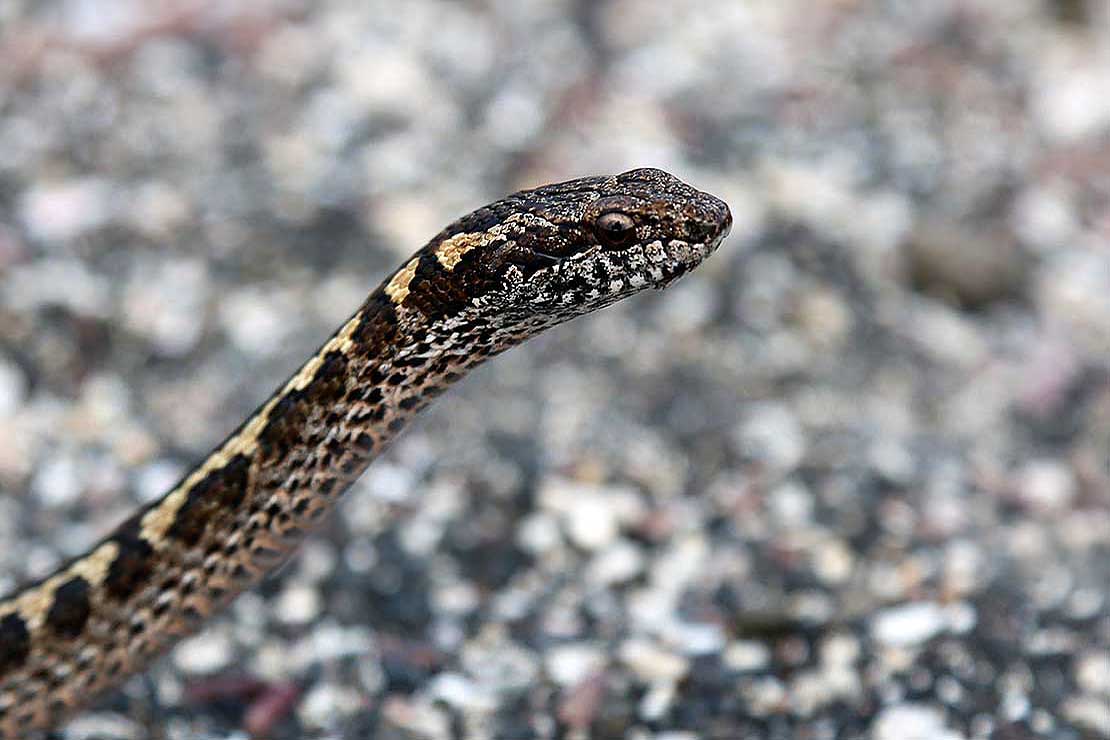 Finding snakes in the Galapagos islands is a gargantuan undertaking, one that has lead Massey University’s Dr Luis Ortiz-Catedral to the summit of an active volcano.

The Islands are home to reptiles of all shapes and sizes from giant tortoises, iguanas, lizards and geckos, but little thought is ever given to its snakes, who are elusive and seldom seen.

Dr Ortiz-Catedral says the snakes are not often thought of as worthy of conservation and portrayals like that of the Iguana chased by snakes on BBC’s Planet Earth II, have reinforced the idea they are something to fear.

“They may not be cute and fuzzy, but they are incredible creatures who are worthy of conservation and are actually very docile. However, since Darwin collected the first specimen in 1835, their biology has largely remained a mystery and has been understudied. In order to protect them, and even reintroduce them to islands where they once lived, field work and lab work was needed to get a firm grasp of their diversity, biology and more,” he says.

The work has been on-going since 2015, when Dr Ortiz-Catedral started a joint project with colleagues from the Galapagos National Park Directorate (GNPD), and University of California (Merced and North Carolina) to understand this diversity, and the evolutionary relationship between these species and snakes on the South American continent.

He says several new species, subspecies and “morphs” have been described, but much of this knowledge comes from preserved museum specimens and outdated morphological analyses.

“Snake taxonomy is very complicated, but the Galapagos terrestrial snake taxonomy may be in a league of its own. This complexity makes studying museum specimens hard as they are often faded as a result of the method of preservation and are sometimes mislabelled. The resulting descriptions and actual distinctions between species end up being rather fuzzy,” he says.

Therefore, the research team focused on studying live specimens in the wild. In 2017-2018, thanks to strategic funding from the Galapagos Conservancy and The Galapagos Conservation Trust, field trips of park rangers, volunteers and students, have been working hard to get the job done. This has required visiting numerous locations across most islands, finding more than 400 snakes, photographing them and obtaining valuable morphometric information as well as tissue samples for advanced genetic analysis.

“The task of locating, surveying, measuring and photographing more than 400 live Galapagos snakes throughout the Archipelago has been monumental in terms of personnel, logistics, time and effort, but it is paying off. Our research has determined that most species and subspecies are restricted to a single island and its adjacent islets. However, the Striped Galapagos snake [Pseudalsophis steindachneri], the most graceful and elusive snake species in Galapagos, was found on Santa Cruz, Baltra, North Seymour, and Santiago.” The molecular analysis of the tissue samples will be directed by University of California’s Dr Danielle Edwards. Her results, in combination with field data, will get us closer to answering not only the question of how many species are present in Galapagos, but also their relationship to other South American species.

Earlier this year, other researchers attempted to resolve the taxonomy of Galapagos snakes by using run-of-the mill molecular techniques, outdated morphological analyses and incomplete datasets. Their results only poorly explain the diversity and history of Galapagos snakes.

“What sets our project apart is that the team are using the most complete dataset of live specimens to date [30 lineages from across the archipelago] and advanced genotyping methods to compare thousands of genomes,” Dr Ortiz-Catedral says.

The team has a busy few months ahead — analysing the most comprehensive dataset on morphology of live snakes from Galapagos and completing the DNA analysis of the tissue samples.

“Our work goes beyond simply stating how many species of snakes exist in Galapagos,” he adds. “We will also describe their evolutionary relationships and update the conservation status of each species to assist the GNPD in its task of preserving the species and ecosystems of these wonderful islands. I believe this is a signature of conservation science at Massey University. We make contributions for biodiversity preservation worldwide.” To hear more about this work, Dr Ortiz-Catedral will be giving a lecture on the project as part of Massey’s Fascination Sciences lecture series on Tuesday July 31 at 7pm in the Sir Neil Waters lecture theatre.