What can be done about rape culture? 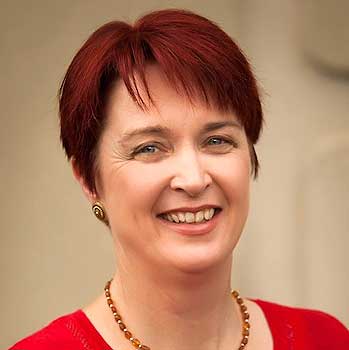 We’ve heard a lot about rape culture in the last couple of weeks.  People have condemned the young men in Auckland who preyed on girls and young women, and they’ve spoken out against “rape culture”. But as an editorial in the Manawatu Standard said on Thursday, “exactly what a rape culture is has not been well articulated.”

“Rape culture” is the whole environment that tolerates and even supports rape. We live in a rape culture, where it’s okay to make jokes about rape, to suggest if a woman is raped then it’s her fault, to condone, or even tacitly admire men who won’t take no for an answer.

If a woman or a girl reports that she has been raped, then we ask what she was wearing, and what she was doing, instead of asking why the rapist committed a crime. It’s the environment where we can talk about “forcing a woman to have sex” and not understand that it’s exactly the same thing as rape.

It’s a toxic culture. It means that men know that they can rape, and the chances of being prosecuted, let alone convicted of such a horrible crime are less than one in ten.

And let’s not forget that even though rape is mostly perpetrated by men against women, that men are raped too. Rape culture means that men who raped very rarely speak out about the experience.

It’s important to recognise that rape is not just a crime committed by a few aberrant individuals. It’s a systemic problem, promoted by a culture that enables male sexual violence.

So how can a problem this big be tackled?

First up, contribute to the work done by Rape Crisis and Women’s Refuge and other organisations.  Make a donation of money, or if you don’t have much money, then donate some time instead. Volunteer to collect donations in street appeals, or if you have the relevant skills, then offer to work on their trust boards.

Write to the Minister of Justice, Judith Collins, asking for greater financial support for sexual violence services. Letters to Parliament are free. All you have to do is write and let the Minister know that you want more funding for front line services that help people who have been subjected to sexual and physical violence.

Remember that most people who are raped know their rapist. He will be a friend or a relative, someone who attacks them in their own home, or at a social gathering.

Those facts are important when it comes to dealing with rape culture. Rape culture thrives on misinformation, making people think that rape is rare, and that it is only committed by strangers.

Know how to talk about rape and sex and consent.

Be aware that among your friends and family and workmates, there will be at least one rapist. You will not know who they are. But every time you laugh at a rape joke, or let a person get away with saying, “She was asking for it,” then those rapists are encouraged to think that their behaviour is normal and even acceptable. If we are going to combat rape culture, then we need to stop normalising these ideas.

If someone makes a rape joke, then ask them to explain it. Having to explain rape jokes makes it very clear that they are not funny at all.

Talk to your sons, and your daughters, about consent and what it means. Everyone needs to know that consent isn’t just the absence of a “No”. It’s the presence of a “Yes”. It's important for everyone to know that a drunk person can't consent to sex. So if you "have sex" with a drunk person, you may be committing rape. Perhaps taking more care about getting consent might mean that everyone has to be more careful about having sex, but that seems to be a much smaller problem than the huge problem of rape.

Give your sons and daughters some advice about what to do if someone they know is too drunk to consent to sex. The best thing to do is look after them, and make sure they get home safely.

Some of this is very easy to do, and some of it is very hard. But if we want our young women and young men to be safe, and to have happy and joyful experiences of sex, then we need to start somewhere.

Deborah Russell is a lecturer at Massey University.  She appears on Radio NZ as a feminist commentator.

Opinion: Roastbusters story is chilling
Opinion: The House of Representatives is not representative