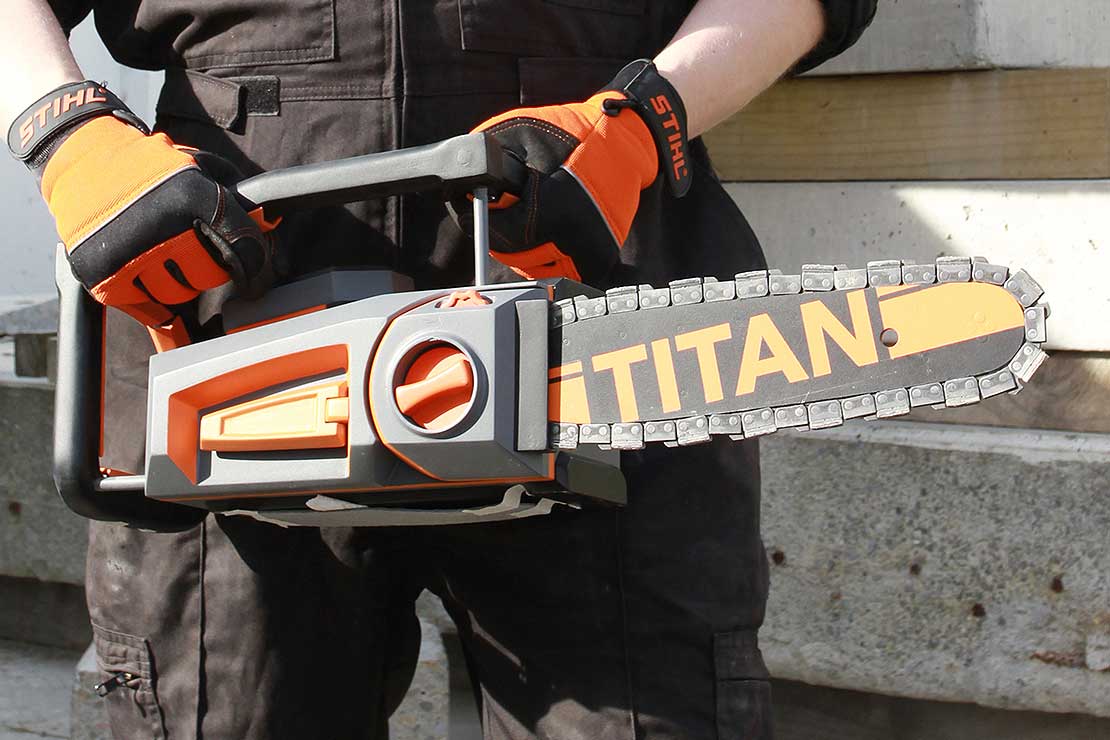 Crawling into a hole in the rubble and waiting for search dogs to find him gave Massey industrial design student Oskar Edgar an idea of how terrifying it is to be trapped in a collapsed building.

Mr Edgar has designed a purpose-built concrete cutting chainsaw prototype that could be a game changer for Urban Search and Rescue teams around the world. His design could reduce the time it takes to cut concrete in earthquake and disaster situations from two to three hours to around 15 minutes.

He has been working with the New Zealand Fire Service’s Urban Search and Rescue (USAR) central team to establish the challenges they face when rescuing people from collapsed buildings, as happened in the Christchurch earthquake.

“I identified a pretty serious problem that they encounter. In a building collapse, concrete creates voids where people are trapped. Their rescuers have to cut through concrete walls and floors and end up doing so in very confined spaces. Currently there is no specifically-designed equipment for these situations.

“It’s a very complex issue. Concrete cutting tools are very heavy, hard to hold on to, noisy and vibrating and often can’t be used in these situations. They end up downscaling their tools to a set of drills to make holes and then knock the concrete out –but it is extremely time consuming and isn’t clean cut. USAR would like a clean cut for the safety of the people trapped and their technicians,” Mr Edgar says.

Throughout the year Mr Edgar has attended training exercises with the New Zealand Fire Service USAR central team based in Palmerston North. He studied how a concrete cutting chainsaw could be used in building collapse situations and how technicians keep themselves safe.

“I started off with traditional handles but when you are crawling around or cutting over your head, you need to be able to hold the chainsaw in multiple positions to maintain control. I have designed the handles with the versatility these technicians need to maintain control,” he says.

A chainsaw used in these conditions has to be emission free so, using battery over hydraulics, Mr Edgar has designed the chainsaw to be cordless with a rechargeable battery. The hydraulic power system gives the chainsaw the torque it needs while reducing noise and vibration. It will come with several batteries that last about 20 to 30 minutes each and can be plugged into an emergency generator to be recharged. It will weigh under six kilograms, compared to the usual eight kilograms for a chainsaw, and have multiple attachments and simple controls that will be easy to use in stressful situations when wearing gloves.

“The USAR team think it could potentially be a game changer for the work they do. For them, a lot of it has to do with their safety, whilst being able to get the job done effectively. We are asking these guys to risk their lives without equipment that is designed to be used in these situations," says Mr Edgar.

“Oskar has identified a gap in the equipment available for USAR confined space rescue and has developed a tool that would reduce the time taken to breach concrete. This would reduce exposure to dangerous environments for USAR technicians and the time people are trapped.

“There is a real need for specialist equipment in the USAR and Humanitarian Aid Disaster Assessment and Relief (HADAR) space and development of this tool is crucial for the future,” Mr Tatham says.

Mr Edgar would like to see the chainsaw undergo further professional development before going into production. He has contacted and built a network of USAR professionals in New Zealand, Australia, United States, Chile, Sweden and the UK.

While the need for such a chainsaw is ultimately the result of a tragedy, such as recent devastating earthquakes in Italy, Ecuador and Nepal, Mr Edgar is pleased to have developed a product that may save lives and help people in a distressing, chaotic time.