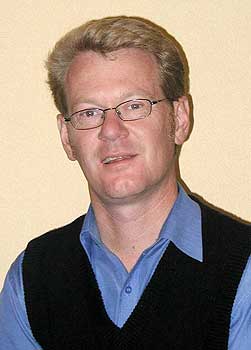 A new survey shows people with debilitating Chronic Fatigue Syndrome, or ME (Myalgic Encephalopathy) feel misunderstood and stigmatised, and more public education about the condition is needed.

Dr Don Baken, a clinical psychologist at the School of Psychology at Massey University’s Manawatū campus who has researched the issue, says the impact on sufferers of Myalgic Encephalopathy/Chronic Fatigue Syndrome (ME/CFS) can be devastating, and feeling stigmatised just adds to this.

He carried out a survey of 221 people with ME at the request of the Associated New Zealand ME Society (ANZMES) to better understand the impact of the condition, which affects around 20,000 New Zealanders.

The survey findings were released to coincide with ME International Awareness Day on May 12.

ME/CFS, also known as Royal Free Disease, Chronic Fatigue Immune Disorder, Tapanui flu and Yuppie flu, is understood to result from changes to the immune system in response to an initial infection. Sufferers can be bed-ridden for weeks or months with typical flu-like symptoms such as fever, sore throat, swollen glands, muscle and joint pains. They also suffer mental sluggishness, sleep disturbance and extreme fatigue. Symptoms come and go over a period of time, and even between relapses the person may still feel very tired and unwell.

“People with ME/CFS often feel that it's impact is poorly understood and trivialised,” Dr Baken says.

Survey respondents reported a very low quality of life, he says. “The average respondent was in the bottom 10 per cent of the population for measures such as the NIH PROMIS physical health scale [a measure of physical quality of life developed by the National Institute of Health in the US].”

More than three quarters of respondents reported struggling with basic everday tasks and meeting family responsibilities.  “They also rated their executive functioning to be extremely low, for abilities such as planning, organising, strategising, paying attention to and remembering details, and managing time and space,” says Dr Baken.

Two thirds of respondents had trouble counting the correct amount of money to make purchases, and 85 per cent had problems reading and following directions, such as those of a new medication.

Dr Baken says those most ill would not have been well enough to complete the survey and the results would have been even worse if the most severely affected were included.

“What’s particularly interesting about all these findings is that this group reported worse scores than those with other neurological conditions such as Parkinson’s and Multiple Sclerosis,” he says.

“Because of the nature of the condition and the stigma that many feel because of it, it’s difficult for this group to advocate for themselves,” he says. “More needs to be done to understand the impact of this condition and how society can support the people who suffer from it.”

Maintaining friendships with ME sufferers, even though they may feel too unwell to go out, was one way people can show their acceptance and give support, he says.

President of ANZMES Heather Wilson says the results of the survey confirm anecdotal evidence about the experiences of people with ME/CFS.

She says the “good news” is that international biological research is making significant discoveries about abnormalities in the neurological, immune and energy-producing systems of people with ME.

“However, until these have been translated into treatments that improve the quality of life of people with ME/CFS it is important that all those involved, including friends and family, the health system, and societal support systems, understand the true impact of this serious, devastating condition and provide the support that they can.”

To find out more go to the ANZMES website.