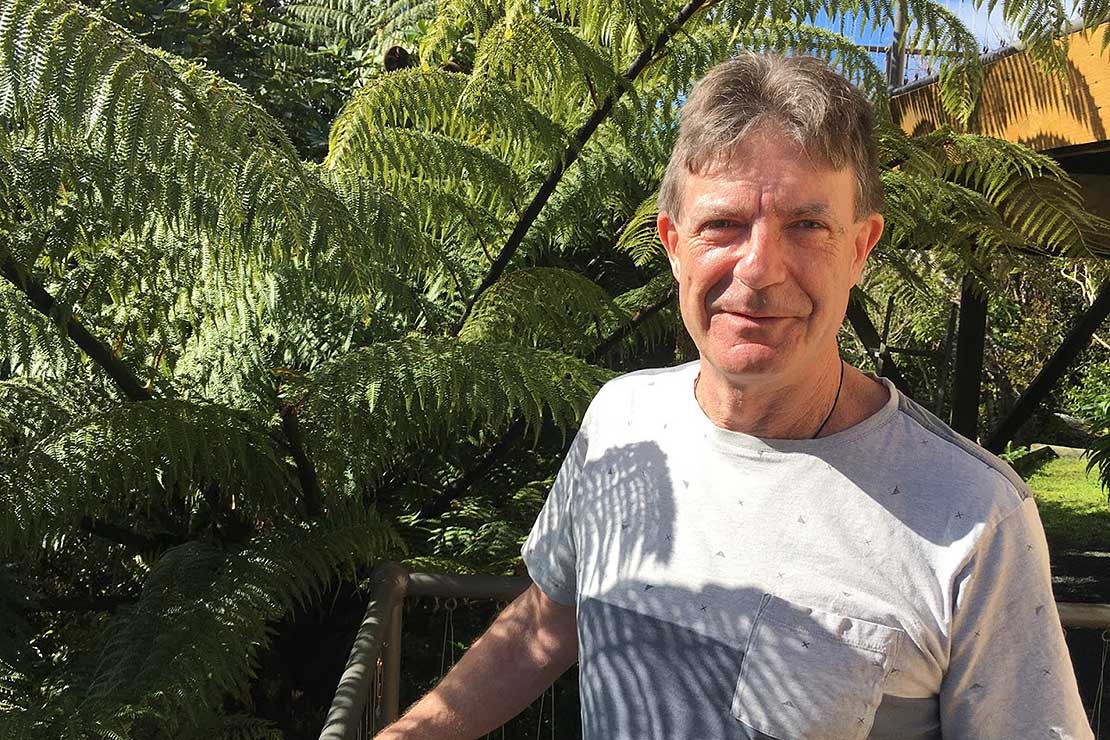 Professor Frank Sligo has been appointed to Professor Emeritus, 35 years after he became the first New Zealander to gain a PhD in communication.

He is one of the founding academics in the field of communication both at Massey University and in New Zealand, with an extensive career highlighted by an interest in communication as an academic subject, as well as in journalism and adult literacy.

Massey’s Honorary Awards Committee and the Vice-Chancellor Professor Jan Thomas recognise him to be an outstanding academic and researcher who has made a significant contribution to the university, academia, and the field of communication.

Professor Sligo, recently retired, began his 49-year journey with Massey on 10 January 1972 as a senior library assistant in the serials department and was then promoted to the head of the department in 1973.

Early in 1980, Foundation Dean of the Business College Professor George Hines recruited him as a lecturer in Business Studies, seeking his involvement in the new discipline of communication studies.

Professor Sligo planned and taught the country’s first university-level papers in business communication, public relations and communications media management, and was involved in the development of other courses such as speech communication.

“The academic credibility of the communication programme in the view of colleagues at Massey and other New Zealand universities was, of course, highly important. However, I also wanted our courses to make sense to those people already in the industry and in the community whom we wanted to connect with.”

There were no student textbooks in the field of communication available in New Zealand at the time, so Professor Sligo and his team took the lead in drawing together writers from across Massey and other New Zealand universities, along with industry and community experts in various facets of communication and media.

“The communication degree at Massey was designed collaboratively by two colleges in such a way as to future-proof people's education for an unknown future. The rate of social, economic, and organisational change is accelerating, with old occupations dying quite quickly while others, unknown a few years ago, are emerging,” he says.

Today, Massey’s Bachelor of Communication (BC) is the only communication degree in New Zealand that requires students to take courses from both business and arts. Eighty-five per cent of graduates are employed within six months of graduation and these graduates are employed across 20 different industry categories with more than 280 different job titles.

“The Massey Bachelor of Communication has a combination of both practical skills and critical and creative abilities,” Professor Sligo says. “The World Economic Forum recently identified the most needed employee skills for 2025 as a combination of analytical thinking, innovation, active learning, complex problem-solving, critical thinking and creativity. Analytical, creative and critical thinking are absolutely essential as we enter a period of unprecedented change, and degrees such as the BC that successfully equip students in a way that will future-proof them to the greatest extent possible are well-placed to meet real needs.”

In 2003 he was appointed to Head of the School of Communication, Journalism and Marketing at the Manawatū and Wellington campuses for nearly seven years before taking up a five-year appointment in 2010 as the school’s associate head based in Wellington.

Professor Sligo introduced an innovative new stream of academically-oriented journalism teaching alongside the existing Graduate Diploma. The Journalism Studies programme offered a new Graduate Diploma, along with a major and minor in Journalism Studies for the BC. “I've always had a great interest in journalism and have taught it at postgraduate level. While I have not worked in the media, I do of course have plenty of opinions about the subject!”

Getting the message across about why professional communications matters

He says there is a unique tension between journalists and communications professionals. “It's interesting that the media complains about too many communication professionals being hired in government departments, city councils, NGOs and every other kind of organisation, but there're always lots of complaints if those same organisations fail to communicate properly. Whenever there's any kind of crisis, the finger is always pointed at insufficient or poor communication work.

“In reality, people’s expectations about being informed are constantly rising. In New Zealand we love to say how as a country we punch above our weight, but while you can invent the world's greatest products or processes, until you have communication professionals who understand how to get the message across, no one's going to buy the product or concept.”

Head of the School of Communication, Journalism and Marketing Professor Stephen Croucher says, “Professor Sligo guided the discipline in New Zealand for quite some time, whether it was through mentoring students, mentoring faculty or through his service in those roles. He had a big impact in many ways.”

As well as forging strong connections with the communications and journalism community and creating internships to ensure students get first-hand experience with professional work, he’s led many research projects. These include on adult literacy, exploring the importance of Te Ao Māori understandings of literacy, building national understanding of managers’ literacy, and connecting with community organisations. He created a new and significant research platform in adult literacy and conducted what would be New Zealand’s first (and to date, only) major longitudinal study of adult literacy, learning and employment.

“I've always been intrigued by the fact that more than 40 per cent of New Zealanders aged 16 to 65 have a level of literacy below that needed to thrive in a modern, complex society. About a third of New Zealand managers are likewise said to still be “learning to read”.

“However, literacy is closely associated with better health incomes, better career prospects, a larger income, more trust in government and in other people, doing more volunteer work, and other benefits,” he says. “The issue for educators is how to help students and others in our communities – via lifelong learning – to continue to build their literacy and hence their ability to understand at a deeper level.”

Despite having retired, he still has a strong commitment to support junior colleagues to complete their research and achieve publications in the coming years.