The annual sporting exchange with rival agricultural university Lincoln was hosted at the Manawatū campus.

In the netball Massey was far too strong, winning the Enid Hills Memorial Trophy 53-12. Lincoln were well supported, with virtually every goal applauded and an extra cheer wen they reached double figures 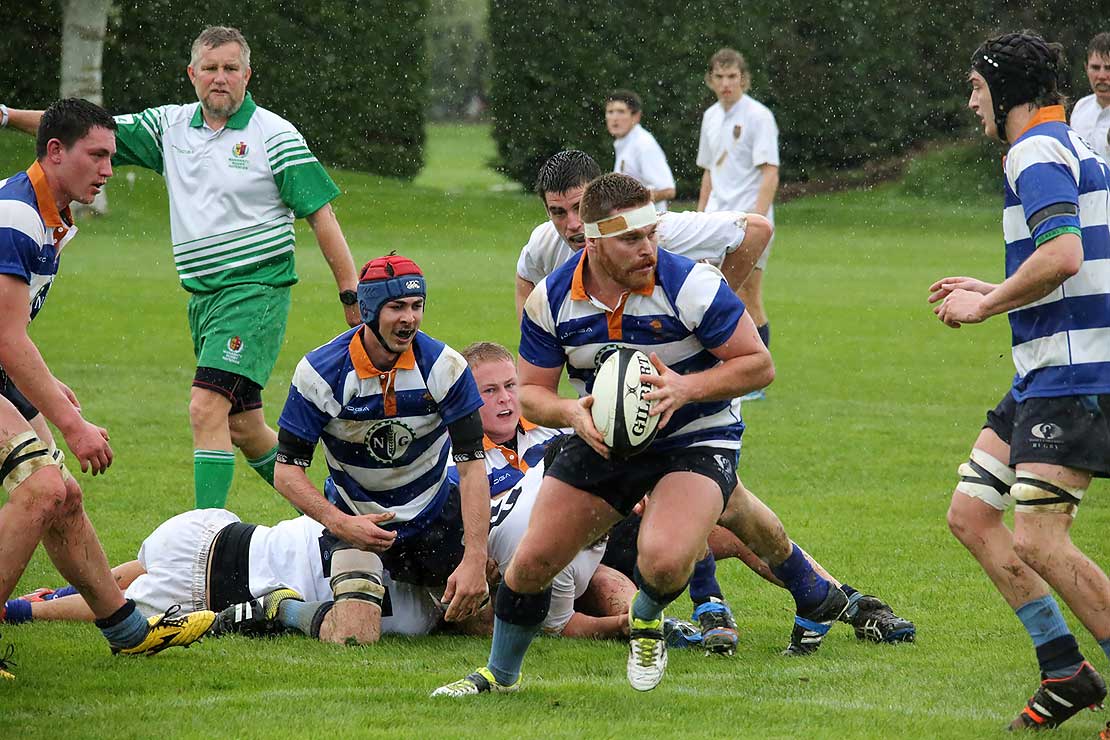 Nick Grogan, the only try-scorer of the match - carriers the ball forward.

Not much in it

The rugby was a much tighter contest, with some high quality attack and defence by both sides despite persistent rain throughout. A first half try to prop Nick Grogan gave Massey a 5-0 lead at half time and a penalty by captain and first five-eighth Chan Singh in the second half completed the scoring at 8-0.

LA Brooks was the mother of former Lincoln student Harold Brooks. The cup was first contested in 1952 until it was retired in 1966 and subsequently revived in 2005. Since the contest's revival, Lincoln has won the cup six times to Massey's four. The winning team also receives the toilet seat-shaped MOG Shield.

The Enid Hills Memorial Trophy was first played for in 2012. It was established the year before, named after the first woman student at Massey Agricultural College in 1932, and was renamed when Mrs Hills died, aged 99, in 2012. Massey won it that year and 2014; Lincoln won it in 2013 and last year.