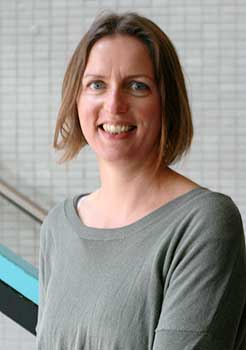 New research findings into farmers’ health and cancer risks shows growing up on a livestock farm seems to be linked to an increased risk of developing blood cancers as an adult.

The findings were published by the UK-based Occupational and Environmental Medicine journal.

Centre for Public Health researcher Dr Andrea ‘t Mannetje and her team found the risk of developing a blood cancer was three times as high for those who had grown up on a poultry farm.

The authors based their findings on an analysis of more than 114,000 death certification records from 1998 to 2003 for those aged between 35 and 85 and resident in New Zealand.

The study is part of a programme grant made by the Health Research Council to the Centre for research into different aspects of occupational health.

The findings support previous studies that suggest that farmers are at increased risk of blood cancers; the possible explanations for which have focused on exposure to pesticides or infections as a result of contact with farm animals. However, most of the previous research has focused on exposure in adulthood, with little information on potential early life factors.

The analysis showed that the overall risk of developing a blood cancer, such as leukaemia, multiple myeloma, and non-Hodgkin’s lymphoma, was 22 per cent higher for those growing up on livestock farm compared with those who had not grown up in this environment.

Growing up on an arable/crop farm conferred an almost 20 per cent lower risk of developing a blood cancer, but crop farming as an adult was associated with an almost 50 per cent increased risk.

Dr ‘t Mannetje says further studies would be needed before a definitive cause and effect can be established, but that the study suggested that farming exposures in adulthood and childhood played independent roles in the development of haematological cancers. The team wants to test its hypothesis that biological exposures in childhood may alter the immune system’s response, so increasing the risk of blood cancer in later life.

Originally from The Netherlands, Dr ‘t Mannetje joined Massey University in 2003 from the International Agency for Research Cancer in France. She completed her  PhD in Occupational Epidemiology at Utrecht University.