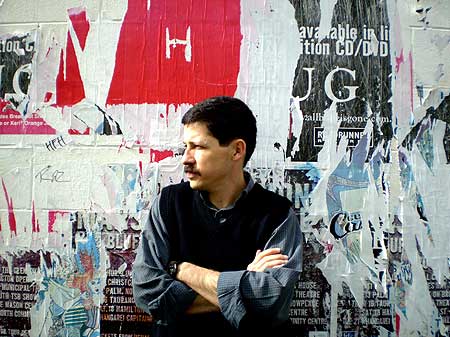 The award is based in Cuba and has been running since 1960. His book was selected out of 328 manuscripts by a panel of five judges from Cuba, Ecuador, Argentina, Puerto Rico and Uruguay.

Dr Alvarado is in good company; previously the Special Mention has been awarded to highly regarded Latin American poets.

He says being told of the recognition by great Latin American poet and critic Roberto Fernandez Retamar – director of Casa de las Americas, the institution the award is named after – was “very special because of the relevance of this poetry competition within Latin American literature”.

The Honduran-born but Palmerston North-based lecturer has published six books of poetry, short stories and criticism in Latin America and the United States, and this book is close to his heart.

“This book was written in three places: Honduras, the United States and New Zealand, and is a journey across different cultural and personal geographies.”

The book is divided into two sections of 26 and 23 poems respectively. The first section called Alvaradismos (Alvaradisms) explores the metaphoric implications of his surname through different family connections. The second, Mínimos males (loosely translated as Minimal Evils), deals with issues such as war, social relations, and popular culture.

Dr Alvarado will now travel to Cuba in June to take part in a poetry reading at Casa de las Américas and present at a literary and cultural studies conference at the Universidad de La Habana.