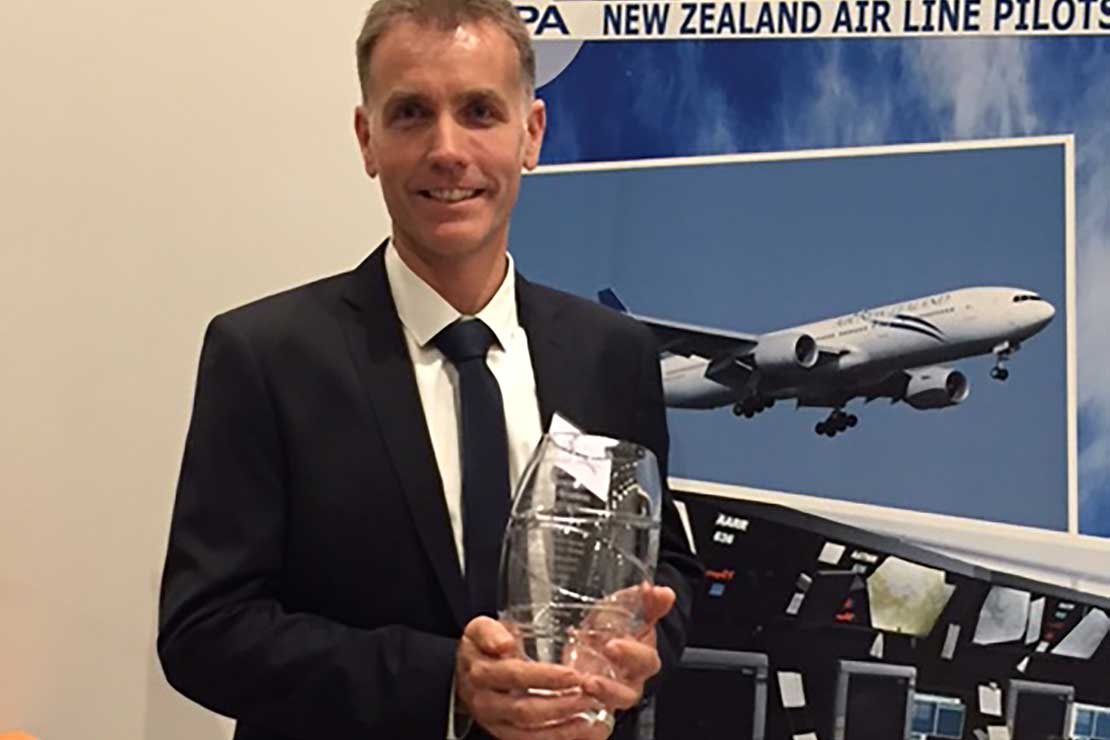 Massey University’s School of Aviation’s chief of standards was presented with one of the aviation industry’s most prestigious awards in Christchurch last week.

The senior flight instructor was nominated by manager - professional programmes Frank Sharp. In his nomination, Mr Sharp said of his colleague: “with his professional standards, enquiring mind and effective leadership, Paul Kearney exemplifies the type of person that general aviation needs as it moves forward”.

Chief executive officer of the School of Aviation Ashok Poduval says Mr Kearney “epitomises professionalism in all that he does and is therefore a most worthy recipient of the award”.

Mr Kearney’s association with the University began in 1992 as a student at the school. In 1999 he returned as an instructor and in 2005 he did further training to gain an A Category flight instructor’s rating, joining the elite ranks of the country’s best instructors.

In 2008 Mr Kearney was the recipient of the Civil Aviation Authority’s Flight Instructor of the Year award.

Greg Vujcich, for whom the award is named, was a well-respected instructor, Air New Zealand captain and association member who died suddenly in 2007.