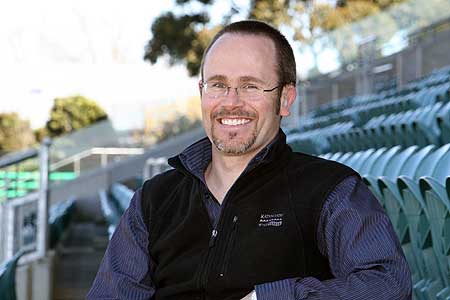 A Massey University economics lecturer says ticket prices for the Rugby World Cup were set out of reach of many New Zealanders and it will “not be a good look” if the stadiums are not full.

Dr Sam Richardson says the prices seem to have been set to maximize overseas spending on tickets when it would have made more sense to price them for the local market.

Dr Richardson, who researched public spending on major sporting events for his PhD, says every ticket left unsold adds to the net cost of the event and the taxpayer will lose out.

“Ticket revenues are the sole source of income from the RWC for this country,” he says. “Everything else goes to the IRB. Unsold tickets benefit nobody, least of all the initial buyers who may well have paid too much for them in the early stages. On the flip side there may well be good deals to be had for the remaining tickets for the Cup.”

Dr Richardson, a lecturer in the School of Economics and Finance, says the early interest in tickets had been a good sign, but that had been impacted by the global financial crisis, the current gloomy economic climate and the Christchurch earthquakes.

“Ticket prices were always going to fall at some stage. Now the focus will be selling the tickets for whatever can be gotten for them,” he says.

“New Zealanders know that this may be the last chance to see this event on our shores – but many have been turned off by what are rather high prices. While it has been mentioned that the prices are comparable to past RWCs, they were not hosted in this country, which does have a somewhat limited pool of potential buyers.

Dr Richardson says the situation is not unusual but the country needs to avoid an event like the 2007 Cricket World Cup in the West Indies, where the ticket prices saw half full stadiums. “This doesn't give a good impression to a television audience nor do anything for the atmosphere in a game,” he says. “The Rugby World Cup was sold to the country and the international community as being hosted by a stadium of four million - it would not be a good look if locals stayed away in their droves.”