Home > About Massey > News > Opinion: Is it time to reconsider NZDF's Taji deployment?

Opinion: Is it time to reconsider NZDF's Taji deployment? 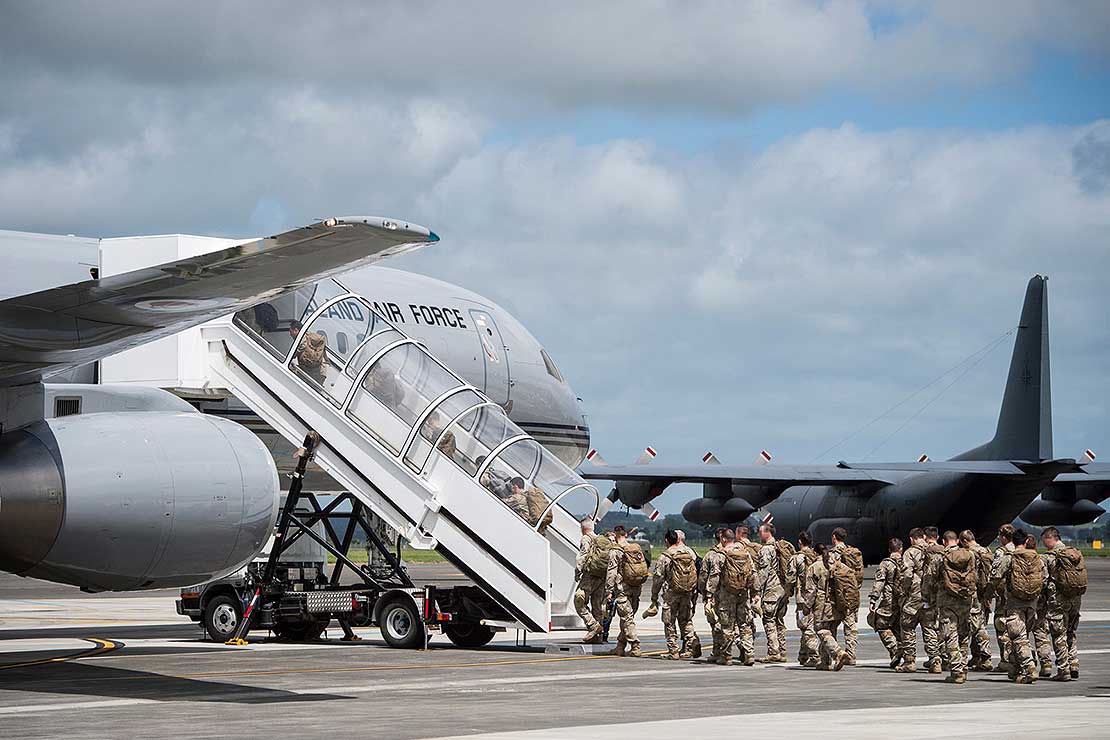 The deployment of New Zealand Defence Force military trainers to Taji, Iraq is currently scheduled to end in November.

In the upcoming months, the Government will begin to consider whether to extend the New Zealand Defence Force deployment of military trainers to the Taji military camp in Iraq. First sent in 2015 and extended in June 2016, the deployment is currently scheduled to end in November 2018.

The 140-strong contingent was dispatched to train Iraqi Army personnel, and formed part of the larger United States-led military effort to rebuild the Iraqi armed forces after large portions collapsed in the face of the ISIS military offensive in mid-2014.

Despite having spent billions of dollars on the Iraqi armed forces from 2003-11, the US risked wasting its effort when northern Iraqi forces collapsed in battle against ISIS in June 2014. Baghdad and the much of Iraq seemed vulnerable to seizure by ISIS. In response, US troops were sent in June 2014. The US began to rally allies to assist, and the UK, France, Germany, Australia, and New Zealand joined the effort to train and rebuild the Iraqi Army by late 2015.

There are two crucial points to consider about the Taji deployment. First, short-term “train and equip” efforts such as these in war-torn countries have virtually no lasting results; and secondly, New Zealand is mostly sending troops because it may help assure our own security, via military aid from the United States if it were ever needed.

I researched US and British efforts to build new armies after conflict as part of my doctorate. From Zimbabwe in 1980 to today, the efforts, while enormous and costing billions, have produced scant long-lasting results. These countries’ aims can be very different from the West, and often the recipients instead are more focused on making money, sheer survival, and long-running ethnic, factional, or personal feuds within the host government. After the US withdrawal in 2011, various political factions, including Iran, and organized crime quickly began to acquire influence within the Iraqi Army, and gained powerful political protection. Neither the Kurds nor the Sunni were happy with growing Shia control over the armed forces. Senior commanders’ posts were bought and sold, and untruthful reports about unit status proliferated, sometimes even becoming expected. These recent reports echo the massive incompetence and poor performance found by US researchers in the ‘old’ Iraqi Army, stretching back to the late 1940s.

For decades, the Iraqi Army has been a corrupt, politically fractured, ineffective force, and there is no evidence that it is likely to improve. As soon as US forces left in 2011, performance declined. The troops that Kiwis are training at Taji are also not guaranteed to have either long service in the army or to stay long.

So in the absence of any long term effect, why have our troops been sent to Iraq? Since May 1942 and the Battle of the Coral Sea, when the US Navy defeated the Japanese, New Zealand’s ultimate security guarantor has been the United States. The last defence New Zealand has had for decades has been the US Pacific Fleet. To assure that guarantee, New Zealand troops were sent to Vietnam in the 1960s and to Afghanistan after 2001. Building up our credit with the United States in this way has been a decision seen as wise by both National and Labour governments.

As the disasters in in Iraq in 2014 show, progress there can be wiped away easily. The Iraqi Army has never been an effective force. New Zealand has been there because our troops bolster the chances that the US would respond to any future, desperate Kiwi call closer to home (the Coral Sea card). Is that enough? At present, yes. An extension would probably also be the best course. New Zealand would gain from increased US regard, and our soldiers’ lives are our greatest risk. But the world is changing, as China’s rise continues inexorably. The US today is the nearest equivalent of the UK’s bygone role as our imperial overlord. But there may come a time when it is not always wise, even partially, to go where the US goes and stand where she stands.

Dr Colin Robinson has just completed an attachment to Massey University’s Centre for Defence and Security Studies as a visiting scholar, and is preparing to return to East Africa to resume work advising on reform of the Somali security sector.