Massey will have a presence at the COP26 Cryosphere Pavilion offshoot event. 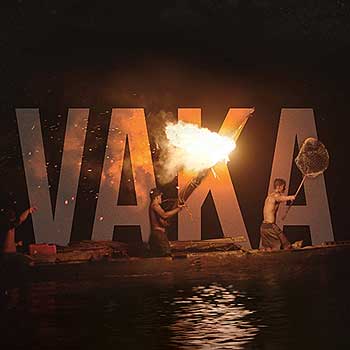 Award-winning documentary VAKA will be shown at the event.

Alaska and Tokelau – two vastly contrasting locations dealing with a similar issue: how to adapt to and mitigate the impacts of climate change.

It’s this issue that an event organised by School of Music and Creative Media Production graduate, Kelly Moneymaker on behalf of Massey University, supported by the Ministry of Foreign Affairs and Trade (MFAT) and the Tokelauan Government’s Ministry of Climate Oceans Resilience (MiCORe), will explore.

Indigenous Climate Adaptation and Mitigation: Responses from Alaska and Tokelau looks at how indigenous knowledge and modern technology has been used in the response to the impacts that climate change is having in both locations.

The event will include a showing of award-winning documentary VAKA about Tokelau’s resilience and solution-based approach to climate change related storm surges, and Drum Song: The Rhythm of Life documentary trailer and featured clip which shares indigenous climate adaption across Alaska as communities respond to melting glaciers, permafrost and sea ice.

The event includes speakers from MFAT, MiCORe, Native Movement Alaska, and a Trans-Pacifica youth delegation. It is a Cryosphere Pavilion event as part of the United Nations Climate Change Conference COP26, hosted by the International Cryosphere Climate Initiative (ICCI).

School of Music and Creative Media Production lecturer Simone Gabriel says it takes dedication to realise work of this nature, to remain focused on the cause-at-hand, while working with resilience at the coalface of major social and environmental justice issues. “The work that Creative Media Production students have delivered for these projects, led by emerging filmmaker Kelly Moneymaker, is testimony to the narrative power and necessity of indigenous storytelling, especially now at this crucial moment in human history.

Simone adds that in the face of escalating climate crises we have a responsibility to nuture and support storytellers. “We must especially support the storytellers who are willing to walk the long journey on our behalf, all the way home, so we might each remember and act upon who we truly are.”

The Indigenous peoples of Alaska and Tokelau.