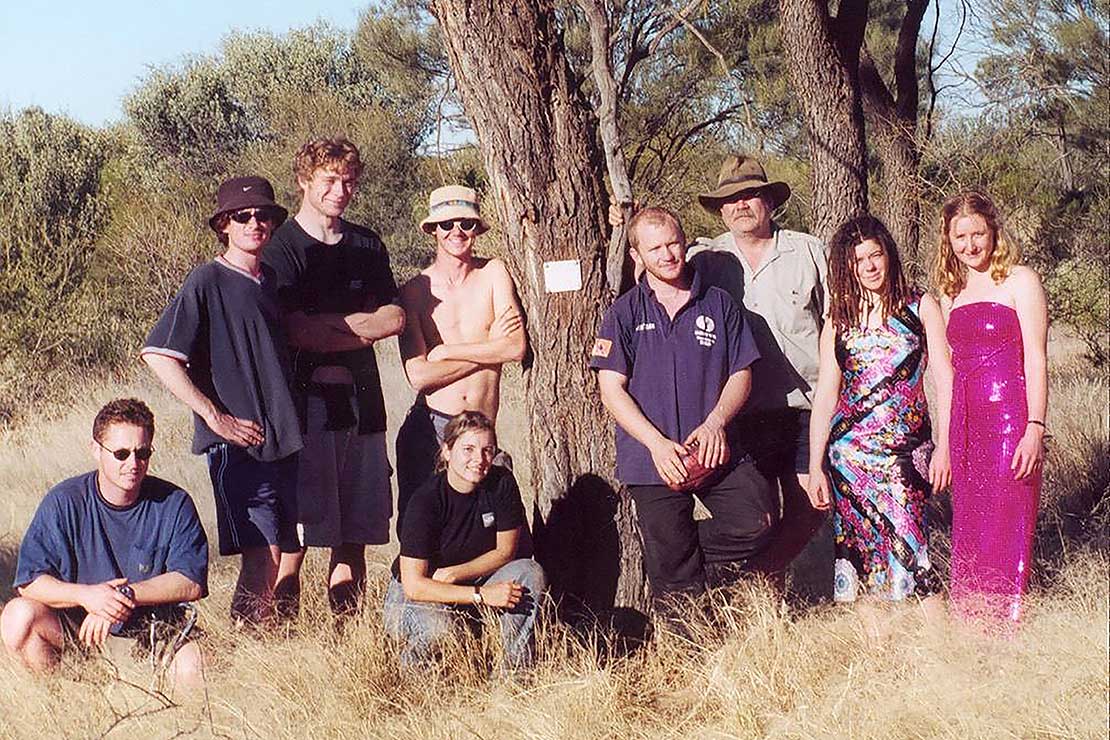 Formal tea party on the Tropic of Capricorn. The 2001 field trip group is commemorated on the plaque. 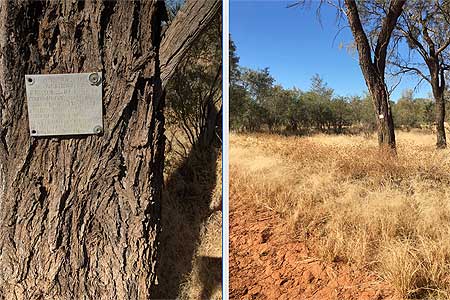 The plaque as it appears now in the Simpson Desert. 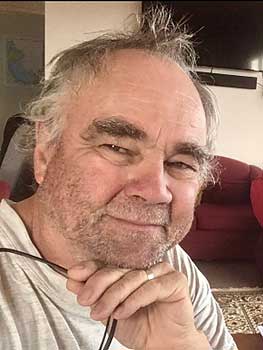 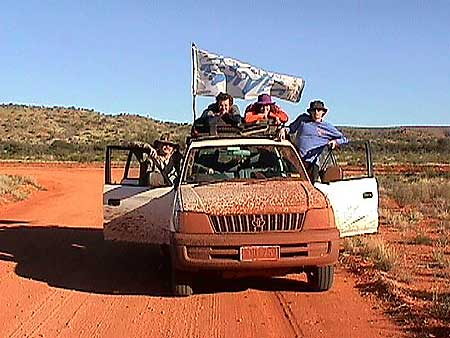 Flying the flag in the Red Centre.

A 20-year-old plaque from a Massey University field trip to Australia’s Simpson Desert has been discovered by a woman travelling the Northern Territory outback.

“We would do a lot of applied stuff, scientific experiments, go to worked out mine sites or aboriginal communities. And we did a lot of digging,” he says.

Massey University was recently sent an image on Facebook from a woman who had been travelling in the area.

“The image was of a silver plaque with a bunch of names and the year 2001 engraved into it, stuck on a tree in what looked like the middle of nowhere. Her message said, ‘This belongs to your university’.”

So, what was the significance of the plaque?

“On this trip, we had to work out where the Tropic of Capricorn was in the desert, the exact coordinates without the use of the gizmos available today, and when we got there, we celebrated with a tea party,” Professor Holland says.

But it wasn’t all cups of tea in the Australian sun.

“We wouldn’t see people for a week. We went to some of the most remote places in the Northern Territory. It was a very fragile environment and a very elemental experience. One student would be in charge of the snake bite kit. We would see snakes and scorpions and hoped we wouldn’t need to use the kit. Students were nervous for the first few days. At night it would be below zero degrees and we would all sit around a fire and hear the foxes and dingoes,” he recalls.

“We had to borrow survival gear from the Linton Army base and had to limit our personal kit. Each student would have a set of smart clothes, a track suit, some warm clothes. We didn’t bath for two weeks in the desert but after a day everyone smelt like bushfire, from cooking over fire.”

This might not be the end of the plaque discoveries – Professor Holland says there are other plaques from his field trips scattered in extremely remote parts of Australia.

There were so many learnings on the 15-day trip, not only for the students, he says.

“We were in the middle of nowhere, hundreds of kilometres from anyone. And out there, everyone is the same; rich or poor, professor or student, we are all the same. Everyone smells the same. And after that realisation hits, eventually you can talk about the more fundamental things in life. It’s very authentic.”

Greg Kent was one of the students on the trip, and at the age of 29 says it had a profound impact on him.

“It had rained just before we got there and somewhere along the way we spoke to a guy in his early twenties and it was the first time he had ever seen rain! And we met up with a road crew who had their bulldozers stuck in the mud and they had no idea what to do because the rain and mud was an alien thing to them. It was just different you know, a reset on reality for a whole lot of people.”

Greg studied a Bachelor of Resource Management and Postgraduate Diploma in Occupational Health and Safety and now works at CentrePort Wellington as a Health and Safety Advisor. He had personal reasons for wanting to go on the trip.

“My father had always dreamed of riding motorbikes through the outback with a couple of mates. He never managed to do it before he died so it was nice for me to be able to explore the outback in his honour.

“Professor Holland is an incredibly inspirational person; he certainly had a very profound and positive impact on my life. He’s also an amazing person at keeping contact and relationships with people. I really have to say, he was an amazing person to have in my life.”

He says he left the trip with some of his favourite memories.

“I had wanted to see a dingo the whole time. We used to spend hours driving through different stations and we'd camp on side of road under some gum trees or something and light the fire, have a yarn and go to sleep. There were some snorers in the group, so I used to camp about 50 metres away under the trees.

“I woke up in the middle of the night to this sniffing noise and I couldn’t work out what it was, I sat bolt upright, looked around, couldn’t see anything and went back to sleep. When I woke up in the morning, I was completely surrounded by dingo tracks! That was really cool and it’s one of my favourite stories. I still tell my kids and anybody who wants to know.”

Abigail Harding (née Allen) was also on the field trip and says she has so many great memories.

“The desert landscapes were stunning, as were the big starry skies - we slept beneath the stars on the roof racks of our 4wd vehicles until we were confident enough to sleep on the ground. I vividly remember talking to an Aboriginal elder at Uluru National Park, with one of the park rangers translating for me.

“I also recall getting the fright of my life when Professor Holland tricked us with a rubber snake attached to some invisible thread!”

Dr Harding continued her studies at Massey, completing her PhD in Natural Resource Management in 2008.

She recalls the trip as an incredible experience. “The opportunity to meet with stakeholders with different perspectives, from cattle farmers to Aboriginal leaders to miners to ecologists. It broadened my thinking about what successful resource management looks like from different perspectives and that there is no one ‘correct way’ to keep everyone happy.”